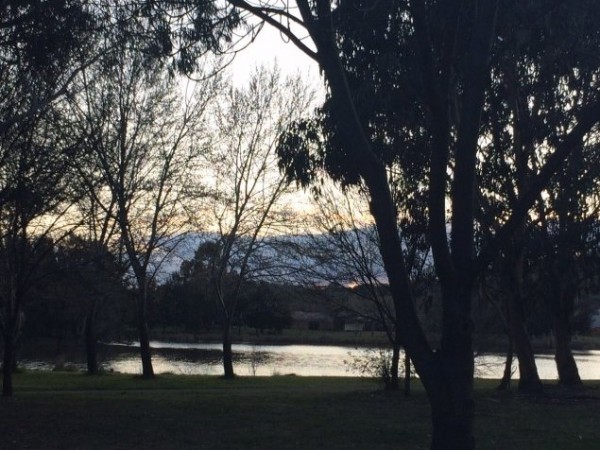 The Federal Government will contribute “up to $76 million” to a $93.5 million water infrastructure program to reduce the impact of urban run-off and improve downstream water quality and river health in the ACT.

Representing Deputy Prime Minister and Minister for Agriculture and Water Resources Barnaby Joyce, Senator Seselja said the ACT had an important to play in the larger Murray-Darling Basin Plan.

“As the only capital city and largest urban area in the Basin, the ACT is central to ensuring positive economic, social and environmental outcomes of the Murray–Darling Basin Plan,” the senator said.

Mr Corbell said the program would lead to the construction of new wetlands, ponds, rain gardens and channel naturalisation to reduce sediment, nutrients and other pollutants from entering lakes and waterways and downstream into the Murrumbidgee River and the Murray–Darling Basin.

“In addition to improving water quality in our waterways, these projects are expected to improve the amenity of local neighbourhoods and creating spaces for residents to enjoy,” the Deputy Chief Minister said.

“The most appropriate and cost-effective treatment options have been determined for each of the catchments, with several reserve projects also identified.

“These will go ahead if any of the priority projects are no longer considered viable or if they come in under budget.”

Mr Corbell said the projects were chosen following extensive investigations and community feedback received during Phase 1 of the project.

“I encourage Canberrans provide their comment on the final design plans and meet the waterway improvement team at one of six drop-in sessions to be held across Canberra next month,” Mr Corbell said.

Plenty of plans to counter the problem but not many to prevent it from happening in the first place. The claim that new housing estates are contributing to the water quality issues might be true, but they haven’t addressed other factors. Everywhere there are problems with blue/green algae and sediment ponds turning strange colours, you will find a reason for it if you follow the water upstream. Lake Ginninderra for instance, has runoff coming from the Gungahlin Lakes Golf Club, who quite obviously water and feed their golfing greens with all sorts of wonderful chemicals and nutrients. These end up running into the creek and “hey presto”, instant green lake! Additional sediment ponds just give the algae more places to breed before the next flood washes it into the lake. The little sediment pond near our place goes green all the time and guess what, there is a Golf Club upstream.
The CSIRO has nice green pastures, but no sediment ponds to catch any run off, so I wonder what they are adding to the ecosystem.
Lake Burley Griffin has the benefit of all those additives from Canturf running into it, giving the algae plenty of food to breed in.
Even Lake Tuggers has the benefits of waste fertiliser coming from the sporting ovals at Calwell. You know there are contaminants because after you play or spectate any games there, the smell of the fertile soils come home on your kid’s shoes and clothes. Who knows what the health issues are that come with these products? I know our youngest only ever gets asthma when playing on Canberra sports ovals, but never anywhere else. Correlation there?
Why focus on cleaning up the water when preventing it from getting that bad would be a wiser move? Do an inventory of what the associated clubs are putting into the creeks and find ways to prevent it leeching through the ecosystem. That doesn’t sound like a government initiative though, they prefer to react to problems instead of preventing them.

I thought they announced a big chunk of the money to be spent on Lake Tuggeranong which by all measurements is far worse than any of the other lakes. What concerns me is Andrew Barr has form in re-directing federal funds from Lake Tuggeranong to support waterways in his own electorate. Is he up to his old tricks again?

See this link for his declaration to “redirect existing Where Will We Play funding to Southwell Park (Lyneham Precinct), Hackett Neighbourhood Oval and Downer Neighbourhood Oval”
http://www.cmd.act.gov.au/__data/assets/pdf_file/0010/340399/Documents_-_Termination_of_Part_B_Stage_1.pdf

Barry Matson - 54 minutes ago
of what? View
Michael Guina - 2 hours ago
It has to start somewhere and those two buildings are living example . View
Barry Matson - 3 hours ago
Kathleen Lee Canberra has no history. View
Opinion 80