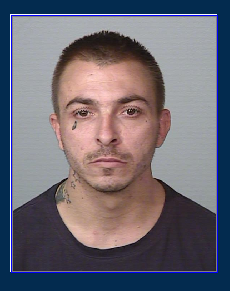 A Cooma man who escaped custody from a courthouse in Cooma late last week has been recaptured.

Leigh Matthew Campbell, 35, fled from Cooma Local Court during a court appearance at about 11:15 am on Wednesday (4 December).

Officers from Monaro Police District commenced an investigation and launched a public appeal to help locate the man.

Following extensive inquiries, officers attended a home in Cooma about 1:00 pm on 9 December, where the wanted man was found in a bedroom hiding between two mattresses.

He was arrested and taken to Cooma Police Station, where he was charged with escape lawful custody and two outstanding warrants.

The man was refused bail and was taken to a mental health facility. He is due to face Queanbeyan Local Court on Wednesday (11 December).

A NSW Police spokesperson thanked the public for their assistance in this matter.

dulynoted - 26 minutes ago
those statistics might be outdated; renewables are getting cheaper and more energy efficient every year as technology improve... View
Capital Retro - 2 hours ago
In which way isn't nuclear power profitable? It depends on which experts you are talking too: https://www.ceda.com.au/NewsAnd... View
nobody - 3 hours ago
According to the IEA there are over 450 nuclear power reactors in over 30 countries (2018). Many of these countries don’t w... View
Food & Wine 1