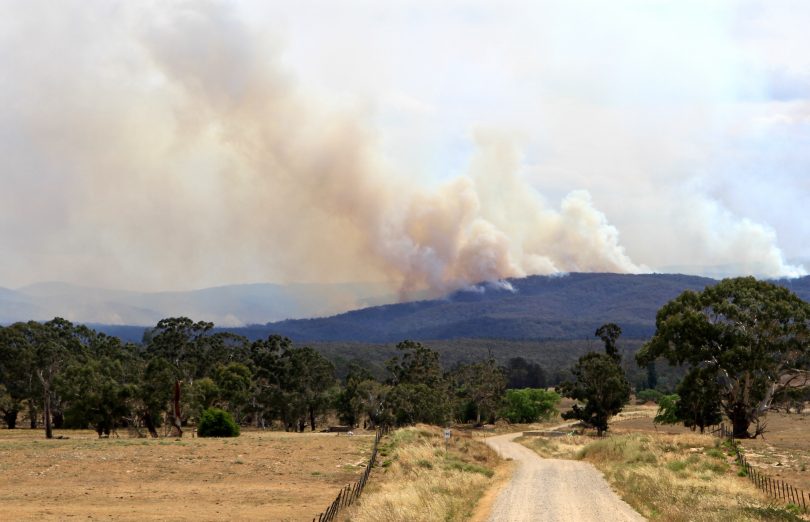 While farmers are busy making hay while the sun shines after recent widespread rainfall, the Queanbeyan-Palerang Regional Council is restoring rural roads following a summer of challenging conditions.

Many roads in the region remain affected, with all four of the council’s graders tasked with building containment lines as part of bushfire fighting efforts. This forced the suspension of maintenance grading of the 752kms of unsealed roads in Queanbeyan-Palerang.

Cr Overall said grading a typical one-kilometre section of road uses between 30,000 and 40,000 litres of water.

“We simply didn’t have the water available for some areas, so emergency grading was restricted to only those sections of road that were becoming dangerous,” he said.

With rivers and creeks now topped up from recent rain and all fires in the broader region either extinguished or identified by RFS as being contained, the council is now able to resume grading of unsealed roads.

“Drivers using unsealed roads have had to reduce their speed and drive to the conditions, often adding significant time to their daily commutes and causing frustration from enduring bumpy rides,” Cr Overall said.

“But with conditions now improved, our road maintenance crews can get back to the task of grading our rural roads.”

Residents have dealt with seeing containment lines on their properties due to bushfires, followed by water restrictions in Braidwood and Bungendore, heatwave conditions, lingering smoke haze and flooding rains.

“Recommencing maintenance grading of our unsealed roads will come as welcome relief for our rural residents,” Cr Overall said.

Around Braidwood, crews and contractors have started grading on Araluen Road and Nerriga Road. They will then move on to Charleys Forest Road, Captains Flat Road, Cooma Road and Wallaces Gap Road. Each of those roads will take up to two weeks before moving on to the next one.

Near Bungendore and Queanbeyan, crews are grading roads in groups at Urila Road, Williamsdale Road and Burra Road. This will take about two weeks.

The final group, comprising Lake Road and Collector Road, will conclude the current block of grading and will take a further two weeks.

The current schedule for maintenance grading focuses on roads that carry a higher number of vehicles. After this, the council hopes to return to its normal schedule.

“Flooding is still evident in isolated areas in Queanbeyan-Palerang,” Cr Overall said. “All motorists are urged to drive to the conditions of the road, and to please have patience whilst council staff work their way through the backlog of damaged roads.”

Araluen Road remains severely affected by fire and flood-damage to vegetation on the roadsides. Unsealed areas of the road have also had the gravel pavement completely washed away. This work is estimated to take about 6-8 weeks.

Cooma Road, south of Jinden, remains fire-affected and is open to local traffic only for the next 4-6 weeks.

Nerriga Road, north of Braidwood, is still closed to all traffic at the Charleyong bridge. The former timber bridge is being replaced by a concrete bridge that will be open to traffic in the coming weeks. Crews continue to remove dangerous fire-damaged vegetation from the roadsides.

The timber Lyons Bridge on Monga Lane, south-east of Braidwood, has suffered substantial structural damage due to the volume of heavy vehicles responding to fire activities in the area. The bridge has been closed to all traffic. The bridge will be assessed as part of the natural disaster funding and replaced with a concrete structure. These works will take 8-12 weeks.

The current grading schedule can be found on the Queanbeyan-Palerang Regional Council website.

How about you seal some of those many kilometres of unsealed road?

Would be good to get something tangible for our rates.