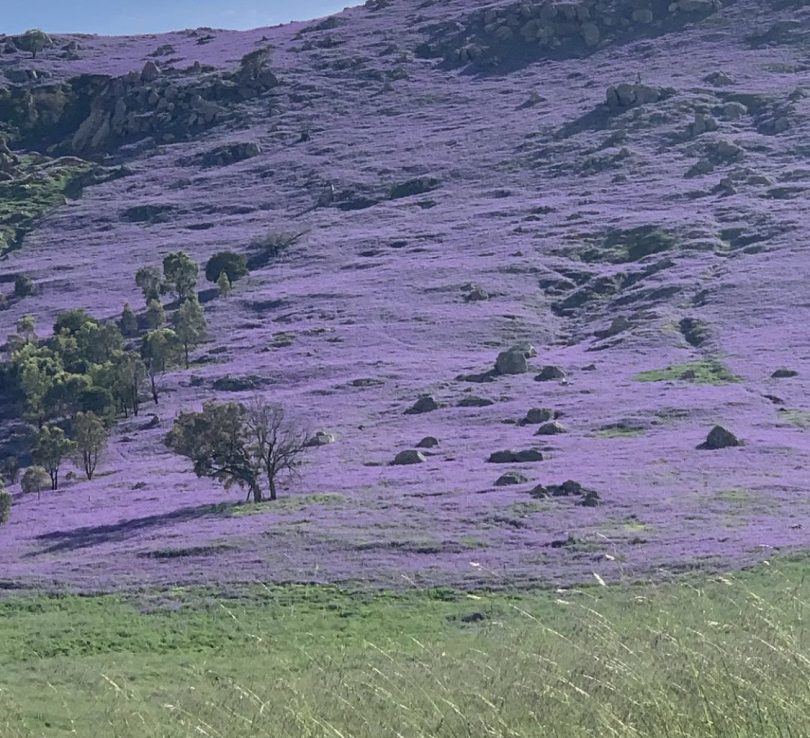 A photographer’s delight: Paterson’s Curse is proving an Instagram success despite it being a noxious weed. Photo: John Lariva, Instagram.

Once it could be ordered from the mother country, England, in seed form through mail catalogues. Certainly the pretty blue flower of Echium plantagineum offered a cooling blue hue to ye olde gardens of colonial Australia.

Who was to know that a century later, Australia’s temperate climate would prove so perfect for the Mediterranean provenance of this pretty, if not prickly, bluebell-adorned plant that it would attract more clickers than pickers as an Instagram hit.

Right now that is indeed the case. For anyone driving the Hume Highway or southern byways, it’s everywhere. Beautiful violet-tinted hills resembling the heather-laden Scottish highlands. It is a photographer’s dream.

Except it’s not a dream for farmers who have been doing battle with the weed since it’s hardy, high-yielding seed was strewn across the countryside by wind or by livestock.

Historically, it was used, dubiously, as a snakebite antidote, but now its seed oil is being investigated for its Omega-3 and Omega-6 acids. 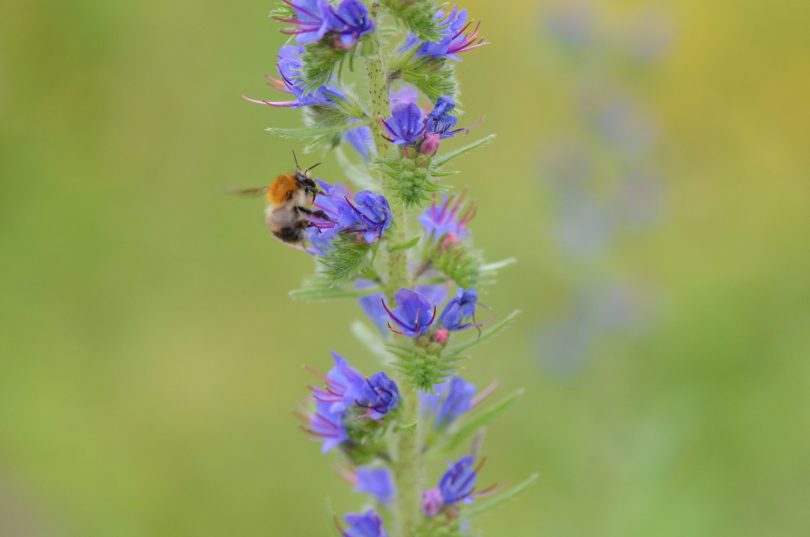 Paterson’s curse flowers early in the apiarists’ productive season, providing both the large amount of pollen necessary to build up bee numbers in a short time and a high level of nectar, which provides an early flow of honey. Photo: Charlotte Descamps.

There are a few people we can thank for its existence which in good times can kill stock, and in bad times save them.

Her small planting of the species in the 1880s resulted in the well-known moniker Paterson’s Curse – the common name for the weed.

In South Australia, history has been kinder to Jane. There it’s called Salvation Jane as a source of food for grazing animals when less drought-tolerant grazing pastures die off. But there’s also its resemblance of the flowers to the bonnets worn by the Salvation Army women.

After marking time during drought, the flower that became a weed has made a special guest appearance courtesy of spring 2020 with a dramatic increase in infestations throughout the NSW countryside proving a buzz to beekeepers but a menace to landowners. 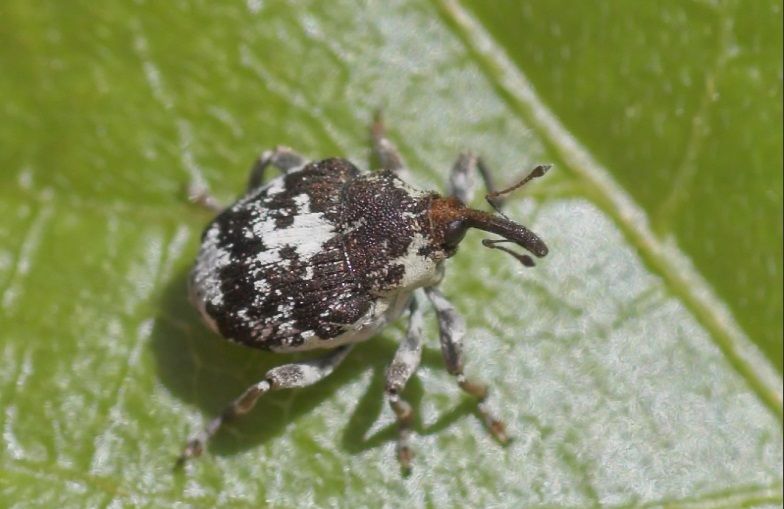 The crown weevil has been successful in helping to eradicate Paterson’s Curse. Photo: Larena Woodmore, australiancritters.com.

“Although sheep can graze it for a time, the alkaloids eventually cause liver damage, especially if stock consumes large amounts of Paterson’s Curse in winter and spring and then graze on common heliotrope [potato weed] during summer,” she said.

Then there’s the native grasslands and woodlands, with Paterson’s Curse reducing viable space for desirable species.

Drought conditions responsible for this year’s infestation also killed off its nemesis – the insect – which has been a favoured alternative to the heavy use of chemicals favoured by farmers in the 1980s and 1990s.

Recently, the crown weevil and flea beetle have been the most successful biocontrol agents. Work is continuing with the NSW Weed Biocontrol Taskforce and councils across the state working consistently, researching and building up biocontrol agent numbers for Paterson’s curse and other pest plants.

But Riverina Local Land Services said patience must be exercised for biocontrol agents to build up in numbers to have a significant impact.

Its message to farmers is that although they might be tempted to use chemicals, it is best to let the insects re-establish nursery sites to battle the large infestations this year.

Land managers are being asked to contact their local council biosecurity weed officers for more information.

Driving on the GWH on the way to Mudgee…

Further proof of me being right, not that we needed it 😬

Kooms Sam I have a keen interest in native flora. I even drink a gin called “the botanist”, which is telling

Keep me in a job mate 🙂 Good article though. My colleague Tammy said it all!

it’s good for bees too?

This week has been a noxious week I’m glad tomorrow if Friday!

Helen M. Stevens You asked about this once.

Given the number of horses on the Canberra region which died – horribly- from eating it post year millennium drought and the Canberra bushfires, I reckon someone else can build up the nursery areas for the biological controls.

That is an interesting article. I now understand the toxicity and also some useful properties

What a great article! Some very interesting information 🙂

Jennie Gilbert Its no longer listed as a controllable weed 🙁 so will only get worse !