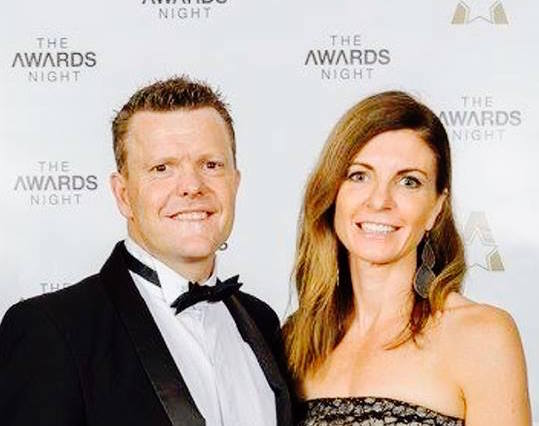 Canberra couple Matt and Jodie Peden will donate money refunded to them for a parking ticket issued outside the Emergency department while Mr Peden was suffering from a heart attack last year to the Independent Property Group’s charitable foundation.

Realising the gravity of the situation as he drove himself to hospital in the early hours, Mr Peden parked as close as possible to Emergency, scoring a parking fine in the process. He survived the initial heart failure but spent six weeks in hospital, three here and three in Sydney, while Mrs Peden juggled her work commitments with caring for their young family.

Despite sending paperwork proving Matt’s health emergency was underway at the time the fine was issued to the Infringement Review Office, Mrs Peden lost her licence over the fine at one point as the vehicle was registered in her name. She was then forced to pay the infringement notice in order to have her licence reinstated.

Our story on the Pedens’ parking ticket debacle attracted more than 33,000 views on Facebook last week, as Canberrans shared their thoughts on the family’s predicament, describing it as “a bloody disgrace”, “absolutely disgusting”, “outrageous”, “narrow-minded” and symptomatic of “ridiculous bureaucracy”.

One reader, Miles McCann, described the Infringement Review Office’s ruling on the fine as “sheer idiocy” and wrote: “Peden should have thought ahead and got a bus to the hospital! When will these gravely ill people stop being so environmentally irresponsible!!?”

Another, Nicole Woodhouse, described the situation as “a no brainer”.

“There should be flexibility around actual emergency situations such as this,” she wrote.

“This is the last thing any family with a sick loved one needs.”

Mr Peden said his wife’s battle with the Infringement Review Office had been about what was fair rather than about the money, but as the ACT Government had agreed to refund the cash, the Pedens would donate it to the Independent Property Group Foundation. The foundation works with and supports organisations in the region including the Yellow Van, Boundless Canberra, the Canberra Hospital Foundation, the ACT Down Syndrome Association and St John’s Care.

The ACT Government email advising Mrs Peden that she had been refunded in full for a parking fine was much friendlier in tone than earlier messages about the matter, opening with, “Hope all is well.”

“I would like to advise that a refund for the above mentioned parking infringement has been approved as of 16th of March 2017 … Access Canberra has approved a refund to be made to the registered operator of the infringing vehicle, being yourself,” the email reads.

“I would like to make you aware that as the infringement is in your name, your driving history will show that these events had occurred on your record. If you wish this to be changed, you will need to provide a statutory declaration to Access Canberra with the nominated driver at the time, by close of business by 24th March 2017.”

Mrs Peden has told the RiotACT she will pursue the matter no further.

“The record would either be mine or Matt’s so it’s not really a concern,” she said.

“In the end it wasn’t really about the money, although it obviously was to start with.

“It was the ludicrous response to a situation that clearly warranted a waiver that got my back up. Maybe next time a similar review request comes across their desk they might be a bit more sensible.”

As for her husband’s recovery, she said Mr Peden was on the mend.

“His heart function has improved significantly which we are thankful for although he will always suffer from the effects of heart failure,” she said.

“We are extremely grateful to all the doctors and staff at The Canberra Hospital.”

babyal - 1 hour ago
Ken Behren CR is correct the legal issue if something were to happen would be so not worth the trouble. you want to change le... View
Elf - 2 hours ago
People just don’t care anymore. Forget about the long grass on public land, have a look at the naturestrips out the front o... View
jwinston - 2 hours ago
Utilise the the many idle hands at the Alexander Maconochie Centre by making the prisoners mow the grass around Canberra. Unl... View
Community 45

@the_riotact @The_RiotACT
The ACT has recorded its 12th #death in the latest #COVID outbreak as well as eight new cases in the 24 hours to 8 pm last night https://t.co/L2fS7vdJgk (1 hour ago)

@the_riotact @The_RiotACT
The ACT has now joined every other Australian jurisdiction in formally #recognising the important role #carers play in the community https://t.co/WmKAW3ArHs (2 hours ago)