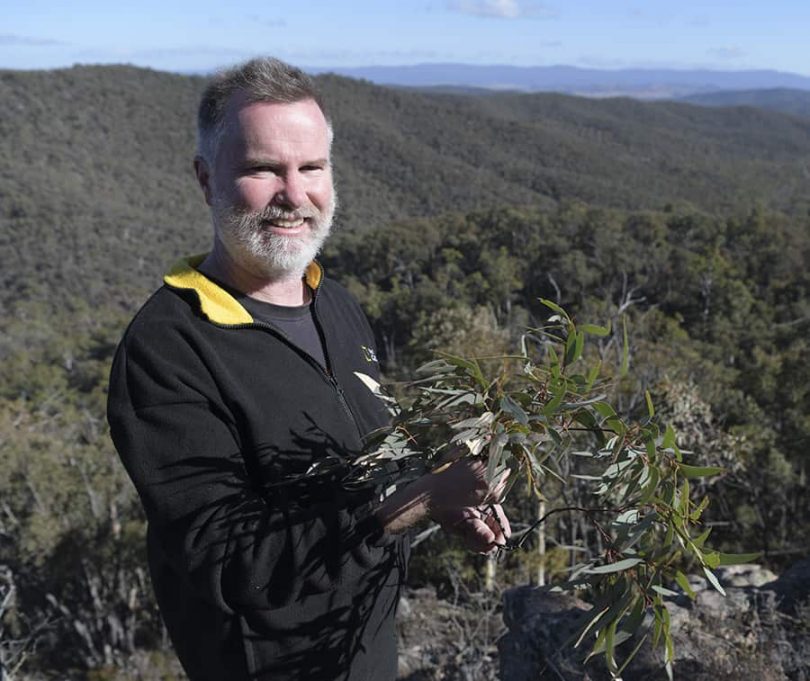 It’s been revealed that the large air tanker which went down Thursday afternoon with the loss of all those aboard was protecting the Two Thumbs Wildlife Trust Koala Sanctuary in the Peak View district near Jerangle.

The Two Thumbs Sanctuary’s sheds, houses, machinery and all the koalas in its care were also destroyed in the blaze.

Snowy Mountains Wildlife Rescue says they are deeply distressed by the loss of the air tanker and the three American crew who were killed while on firefighting duties with the RFS.

The plane had deployed from the Richmond RAAF base with a load of fire retardant and was headed for the Good Good fire ground north-east of Cooma.

The sanctuaries also provided enclosures and other facilities for wildlife rehabilitation and a base for scientific research. Local wildlife rescue groups including Wildcare NSW, LAOKO (Looking After Our Kosciuszko Orphans) and NARG (Native Animal Rescue Group) have used the sanctuaries as a safe release site.

They are also home to a number of other threatened species, including greater gliders, squirrel gliders, Rosenberg’s goanna and the quoll.

The surrounding area was the subject of a research project by the Australian National University. It confirmed that a healthy population of koalas in the Tinderries were eating bark from Eucalyptus mannifera trees to access sodium, behaviour unique to the region.

Volunteer organisations including LAOKO have offered their full support to build another koala enclosure and continue the work of rescuing, treating and bringing into care any koalas found in the Peak View and Numeralla area. Teams of koala specialists and international disaster search and rescue and arborists are also providing support.

The feeding program in the area has been suspended due to the dangerous and active fire activity there at the moment. 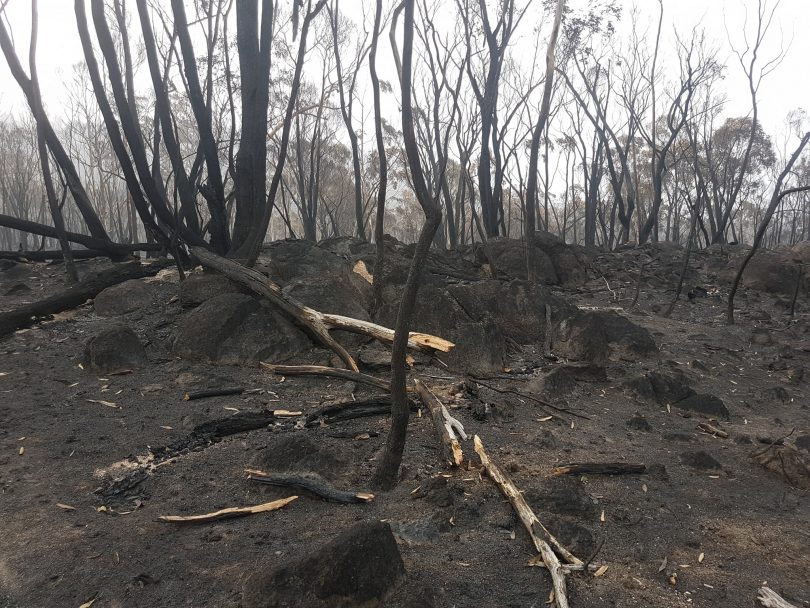 The Kalandan sanctuary had already been hit heavily in the January 4 fires. Photo: Facebook.

Prior to Thursday’s blaze, the area had already been heavily impacted by fire. A GoFundme page appeal launched by James’s niece Clare Henderson for the Wildlife Trust said that Mr Fitzgerald spent about five weeks before Christmas assisting the Majors Creek Wombat Refuge to prepare for the bushfires, evacuating wombats from the sanctuary and rescuing native animals from the bushfires around the Braidwood area, including a number of koalas from Nerriga.

A number of those koalas were in his care at Two Thumbs.

As a long term RFS volunteer, Mr Fitzgerald fought the Good Good bushfire that directly threatened his home and the sanctuaries on 4 January. But when fire flared again Thursday, his home and all of his animal enclosures were destroyed.

“We are devastated. I am thanking you all from the bottom of my heart for the love and support James has received. He has lost his entire life’s work and now more than ever he needs our help to rebuild so he can get back to caring for the animals that he loves so dearly,” Ms Henderson said.

They tried their best to lrotect protect tge the wildlife too! Best hse use indigenous knowledge via indigenous rangers to conduct regulare regulate and frquent frequent cultural burns around and on the premises. Known to havw have worked for 70,000 years !!!!!

That is so sad

Tragedy upon tragedy in this battle. 😢

Please consider a donation to this refuge – it will be used for the good of the wildlife. Thankyou.

Could things get any worse?

If you haven’t had the opportunity yet to make a financial donation to a charity – please seriously consider supporting James and his sanctuary. A more gentle wildlife guardian you could not meet.

Paula Williams is there a website or charity link fir James and his sanctuary?

Tragedy is even further compounded 💔

Seems to be never ending, so sad!

This is so sad … I just have no words.

Beyond sad. Tragic. This summer just gets worse and worse.

My heart is breaking.

Tragedy on top of devastating tragedy and loss of lives.beautiful people trying to make a difference.

As an aside The Riot Act is doing an incredible job a telling these stories we all need to hear. Your hard work bringing us the the regional news is also making a positive difference.

Allison Roesler-Vannan couldn’t agree more…with both of your beautiful sentiments.

That is just sadness piled on sadness. So sorry.

On the Channel 7 news last night they called it the worst summer in Australian history. I wouldn’t disagree with that.

What a devastating event. I can’t even begin to comprehend how this must feel. It is making me feel such great sorrow for the whole event. Both the loss of lives and aircraft and the unthinkable destruction of James home and sanctuary😟😟

ifaw this sanctuary could really do with your help!

This bushfire season just gets worse and worse 😢😢

That is really sad

Tressa D. Bush doubly sad that all the Koalas they were fighting to protect also perished ….

Robyn Fife this is awful

Heartbreaking, there are no words. Big love you all xx

What a tragic series of events 😢