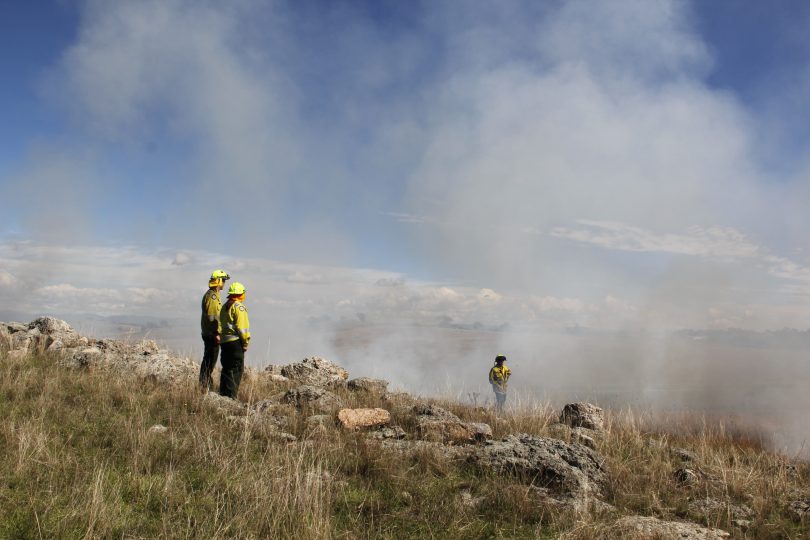 But the intricacies and cultural significance of Indigenous burning practices are often misunderstood, as are the benefits of traditional land management, as Indigenous Parks and Conservation Service (PCS) rangers explained to Region Media,

“It is empowering. It gives [us] a sense of self and pride,” Tidbinbilla Indigenous Field Officer Kie Barratt said.

“Identity is also a big one for me. Growing up, a lot of mob did not know their culture or who they were, and it gives them that belief, identity and pride in themselves knowing that the country is looked after right by our people.

“When you walk away from doing a burn, you go ‘geez, we have just done a good thing there’. It is a good feeling.” 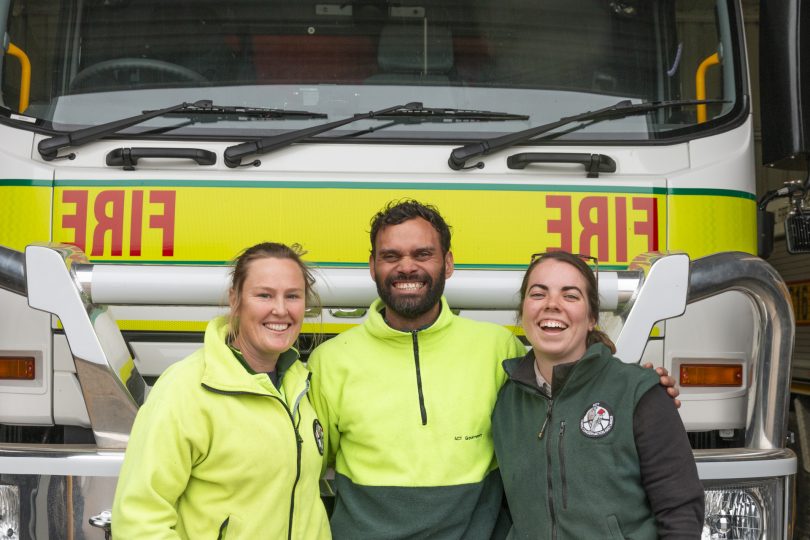 “For a long time being Aboriginal was not a good thing, and now we have an opportunity and cultural responsibility to carry our ancestors into this space,” she said.

“What we value the most is Ngunnawal knowledge and Ngunnawal presence helping us so we learn from each other.

“We do have timeframes so if we burn like we would culturally we could be there for weeks.”

Cool burning involves low-intensity fires that rely on the environment and is pushed along with vines or grass. There are no lines of fire and drip torches are also avoided because the chemicals used to ignite and provide fuel for the fire could also further damage the environment.

“What needs to burn will burn fast,” Kai said. “If it burns slower it means it is not meant to burn.”

Kai contrasts traditional fire methods which rely on feedback from the bush with a checklist approach to fuel management.

“What we want to do is go in the direction where ‘cultural burns’ are just called ‘burns'”. 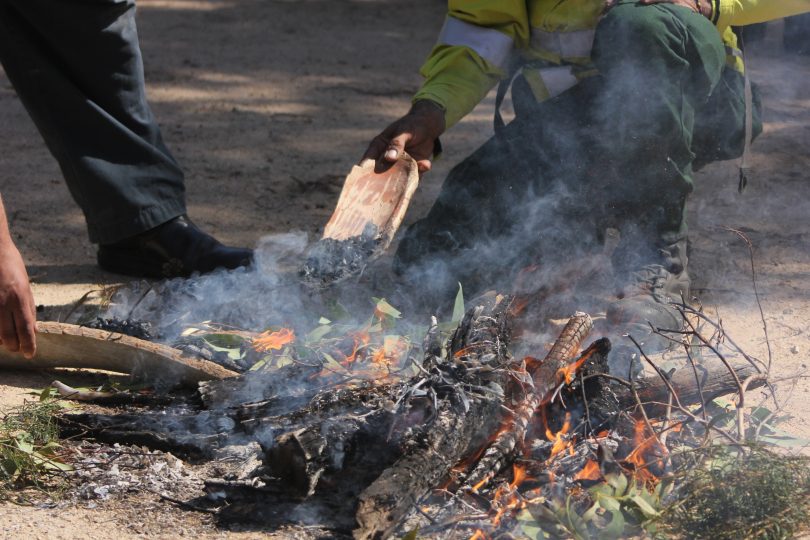 Cool burning involves a low-intensity fire that is helped along by grass, leaves and vines. Photo: Supplied.

Kristi Lee, an Indigenous Field Officer at Tidbinbilla, says it will take generations to get the land back into balance, and that will mean getting the wider community involved.

“The good thing about cultural burns is that it also refreshes your cultural memory,” she said. “With our family history, a lot of the older generation are really proud of the job that I am doing.

“We lost a lot of our culture and language and even though I am not on country, the younger generation coming through re-vitalises cultural practice and who we are.”

Both the Royal Commission into National Natural Disaster Arrangements and the ACT review of the bushfire season are exploring the role that Indigenous cultural practices can play in future land management and hazard reduction activities.

Jess Peil - 15 hours ago
This is so exciting! View
Roland De Saxe - 18 hours ago
Great idea for Eden area View
Talla Mc Bogan - 22 hours ago
happened in the otways ,, mountain bikes took the moto tracks ,, they only use a small area though ,, so plenty of moto track... View
Opinion 32

Traditional cool burns could save our bushland, says Koori community

Why all service organisations should develop cultural safety charters

@The_RiotACT @The_RiotACT
When the @BrumbiesRugby won the Super Rugby AU competition, the inevitable question was asked: how would they have fared against the Kiwis? Tim Gavel ponders what might have been https://t.co/enysfEZ1Si (3 hours ago)

@The_RiotACT @The_RiotACT
Are you ready to try a new sport? Kimberly Lennard tells what it was like to try softball for the first time https://t.co/xElifKJU5D (13 hours ago)