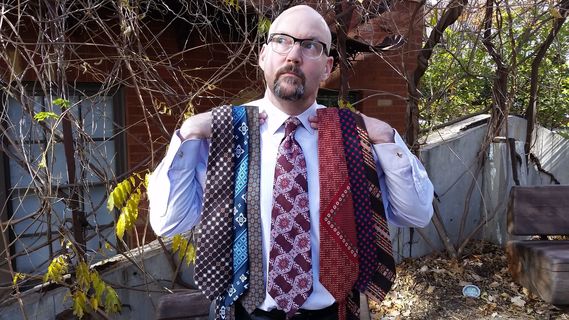 David Gist has a very personal reason for getting tied up for the Heart Foundation. Photos: Supplied.

One Saturday night in April, six years ago, Canberran David Gist experienced what he thought was a bad case of heartburn as a result of too much fast food in the previous days.

So he rummaged through the kitchen pantry, looking for antacids to relieve the pain. When his search was unsuccessful, he settled in for an uncomfortable night’s sleep. By 4:30 pm the next day, he was having emergency open-heart surgery.

“I woke up the next morning and the pain was still there so I headed down to my local pharmacist,” he shared with Region Media. “I remember, quite vividly, walking into the pharmacy and I started feeling this numbness across the back of my neck and the top of my left arm.

“They are textbook cardiac warning signs but I didn’t know that at the time. I was chatting to my pharmacist and he asked me if I was feeling any numbness and when I answered yes, he encouraged me to go to emergency to be on the safe side.

“Long story short, a few hours later I was being wheeled into open heart surgery to try and save my life.”

David had suffered a dissecting aortic aneurysm – a life-threatening condition in which the inner layer of the aorta tears, causing the inner and middle layers of the artery to separate. His clock was ticking, but he had no idea he was on death’s doorstep.

After a four hour operation, a week in the hospital and a month of rehab, “I was back and getting on with life”, David said with a wide grin. It was only several weeks later when he sat down to chat with his doctor that he was told that his survival rate was around 15 per cent.

“I am a very lucky boy,” David said, bluntly. “Research funded by organisations like the Heart Foundation meant that I not only stayed on this side of the turf, but I also got the rehabilitation I needed to get back to a normal life.

“So I thought it was an organisation that could really use some support. So I tried to think of a male’s equivalent of Frocktober and I thought why not neckties? It’s something I wear close to my heart and because as a public servant, it’s part of my ‘uniform’.” 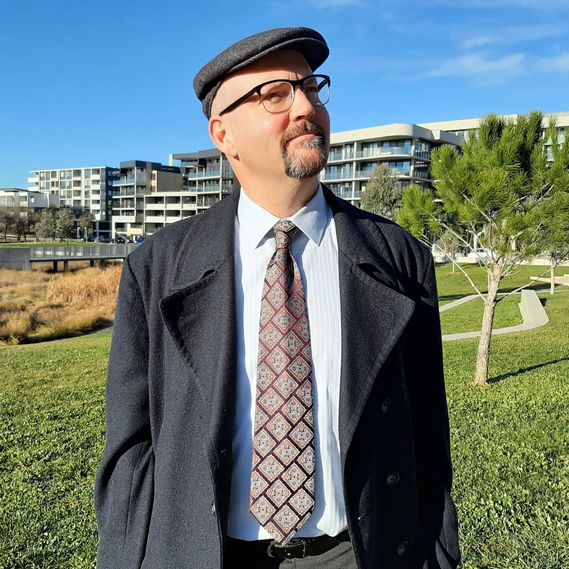 And so began an initiative called Cool Tie July, through which David raises money for the Heart Foundation by wearing a different tie each day of that month, posting daily necktie updates on his social media. Now in his third year doing Cool Tie July, David is encouraging other Canberrans ‘knot’ to miss out and to break out their coolest ties.

“Whether it is showing off their own cool tie or raising a bit of money themselves, that would be cool,” he said with a smile. “The range of secondhand ties a man can find in Canberra is just astonishing.

“I must confess that I do have a bit of bias towards lovely polyester ones from the 1970s or lovely Indonesian numbers or some really nice designer silk ties from France.

“It can take whatever form you like; the main thing is to have some fun while raising a few bobs for a very worthy cause.”