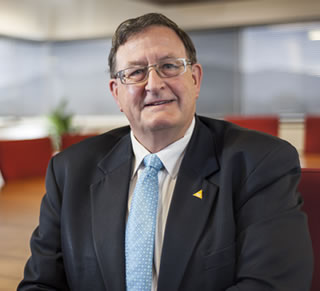 Land Development Agency CEO David Dawes has announced via an email to staff today that he will not apply for a role in either the City Renewal Authority or the Suburban Land Agency, the bodies that will replace the LDA from July 1.

Mr Dawes will not reapply for his other role as Director-General of the ACT Government’s Economic Development Directorate.

The senior executive joined the ACT public service in 2007 following a career in real estate and small business.

ACT Chief Minister Andrew Barr announced earlier this week that the LDA would be replaced by the two aforementioned new bodies, and confirmed the ACT Government would appoint heads for each of them as well as a separate person to head the directorate.

It is not known yet whether the City Renewal Authority and Suburban Land Agency will continue to operate as part of the Economic Development Directorate.

The restructure of the LDA was announced a few days before the ACT election last year after the ACT Auditor-General, Maxine Cooper, issued a damning report into the agency’s handling of two land deals.

Here is the full text of the email to staff today:

I have chosen not to apply for the new positions created by the splitting of the ACT Government’s
land-related activities and plan to leave the public service when the new arrangements come into effect on 1 July.

I am proud of what has been achieved during the 10 years I have spent serving the people of Canberra in the ACT Public Service. These achievements include record levels of land release, with more than 37,000 dwelling sites released for Canberra’s growing population since I joined the Government in 2007; delivery of the affordable housing action plan; establishment of the land rent scheme; enhancements to Manuka Oval including installation of lights; introduction of international flights; delivery of a contract for a government office block in the city; public housing renewal; delivery of the Business Development Strategy; and establishment of the CBR Innovation Network.

I would like to thank the committed, professional and tireless Land Development Agency and Economic Development staff who have consistently given their all to deliver positive outcomes for the territory and its residents.

After a decade of rewarding and busy public service I look forward to taking some time off before making decisions about my ongoing career.

Albert Jacka - 38 minutes ago
Thought that would have been heritage listed for sure View
Adam Beams - 2 hours ago
Geoff White the water really isnt that deep around there so wouldnt have caught much other than bait fish. View
Graham Hannaford - 3 hours ago
Geoff White That's a cracker of an idea View
News 20

Sue Brooks - 53 minutes ago
So beautiful. Looks like a painting. View
Heather Alexander - 4 hours ago
LoveTulip Tops gardens, so glad you have posted these wonderful pictures. View
Teagan Brissett - 4 hours ago
Belinda Brissett better than nothing! View
News 50

Ashley Wright - 60 minutes ago
Julian Sortland believe already decided Canberra will use batteries rather than supercapacitors and the original vehicles are... View
Ashley Wright - 1 hour ago
Susan Williams that’s good because light rail whilst using similar vehicles is different to a tram way in that it is design... View
Ian - 1 hour ago
Seems stupid to me to be building this section when the government doesn't have all the approvals lined up for getting over t... View
Community 15

Linda Stapleton - 1 hour ago
mmmm war with a magpie...so who is meant to be the superior species here? No offence meant but surely making friends with the... View
Guy Noble - 1 hour ago
Jim Vizovitis yup play nice and they do,,,, we have had the same parents coming to us to feed there kids for years now View
Jim Vizovitis - 2 hours ago
Just get out and feed him. In a matter of days you can have them eating out of your hand. View
News 248