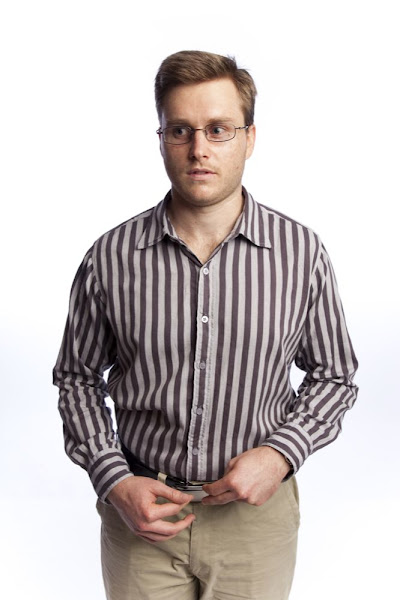 Canberra’s Dayne Rathbone has been named the best up-and-coming amateur comedian in Australia after taking out the prestigious Triple j Raw Comedy competition for 2011.

Rathbone overcame 11 other finalists and more than 1000 entrants from around Australia to win the national final. He wins a trip to the Edinburgh Fringe Festival to perform in the world’s premiere comedy competition, So You Think You’re Funny.

“It’s quite unreal,” he told the Herald Sun. “I went in Raw Comedy last year and didn’t even get past the first round.

“I was expecting more of the same thing year so it’s quite bizarre. I’m honoured.”
Meanwhile, Canberra comedians generally continue to make their mark on the national comedy scene.

Capital Punishment continues at the Melbourne Town Hall (backstage room) from Thursday to Sunday nights until April 24. While arrangements are yet to be finalised, the troupe is planning to hold a run of return shows in Canberra to thank local audiences for their support. Stay tuned.

Daniel Connell, another Canberra comedy product, has been a standout in the festival showcase The Comedy Zone – a selection of the hottest new talents bursting onto the scene as spotted by comedy festival talent scouts. Toby Halligan and Matt Keneally performed alongside Wil Anderson in Political Asylum, while both embark on their own individual festival shows.

Locally, 2011 is shaping up to be the best year yet for Canberra comedy. With no fewer than four regular venues in Canberra (all consistently packed), regular high-class interstate headline acts coming to town and a huge network of quality local performers – the scene has never been stronger.

Comedy ACT spokesman Tim Duck says it’s a reflection of how much the scene has developed in the territory over recent years.

“There’s just so many people coming out of the woodwork wanting to perform comedy in Canberra at the moment, it’s brilliant. As more performers get on stage and more people come to watch – the standard of the shows keeps improving out of sight.”

For all details on gigs, venues, courses, or anything to do with comedy in the ACT – head to the website at www.comedyact.com.au.

Julie Macklin - 2 hours ago
Alicia Conley The ACT has no cycle paths. They are shared paths. Yes, those around the lake were built with people on bikes i... View
chewy14 - 2 hours ago
"That they are public doesn’t mean there are no rules for using them." Exactly my point. That the rules should preclude cyc... View
Craig James - 3 hours ago
Keep riding your bicycles on the road, Darwinism at it’s finest 🤷🏼‍♂️ View
News 9

Juanita Tee - 2 hours ago
David Keir what are you specifically doing for them 🙃... View
Liv Miller - 4 hours ago
Rachel Edmondstone love 💓 this View
David Keir - 8 hours ago
Virginia Loizou sounds like you’re the one whinging champ View
Property 28