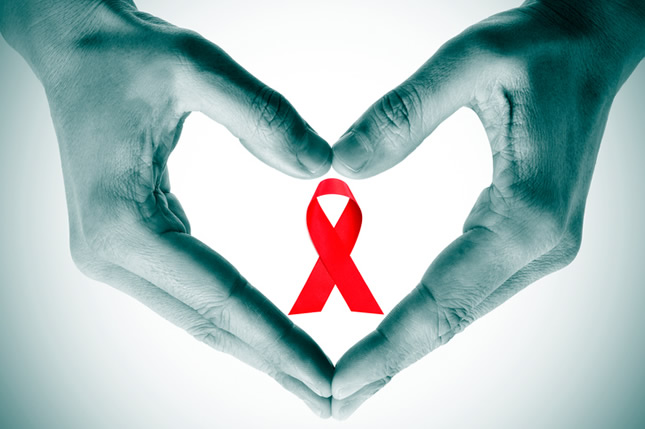 Did you know that it’s World AIDS Day today?

This commemoration continues to be an important opportunity to reflect on the issue of HIV, remember those we have lost to HIV and AIDS, educate ourselves about the condition and ensure we are doing what we need to do to support those impacted by HIV and prevent the further transmission of HIV.

We have come a long way since the 1980s when health experts and the community were terrified about the potential impact of HIV and AIDS. Australia was a global leader in tackling the issue, with its confronting Grim Reaper public health campaigns, and this is credited as a key reason that Australia prevented HIV becoming the massive health issue that it is in many other countries. Coordinated and effective medical research has not yet delivered a cure, but there have been great advances in medication and treatment which means that HIV is a very different proposition to what it was in those early days.

HIV is however still an issue in our local community. In 2015, there were 20 people diagnosed with HIV in the ACT. While the ACT has always had very low rates of transmission, over the last ten years rates have increased, and we are now on par with prevalence rates of NSW, at about 4.6% per 100,000 of population. This means that each year we see around 18 people diagnosed with HIV.

Thanks to advances in medication and treatment, HIV diagnosis is not the death sentence it once was. It is now treated as a chronic health condition and in a place like Canberra, people who have an early diagnosis, stay healthy and treat their condition can now expect a similar life expectancy to the rest of the community.

There is still a need to ensure people are protecting themselves and others, and preventing the spread of HIV. Education and frequent testing continue to be key lines of defence and new rapid testing technologies have been developed that can be provided in community settings. Community organisations such as the AIDS Action Council of the ACT are key to continuing the work around awareness and education, prevention, treatment and support. Even in this community, there is still the need to address the issues of stigma and discrimination that many people who are impacted by HIV still face.

The response to HIV is a success story – both globally and in our own community. This doesn’t mean that we can say the issue is solved and move on. We need to continue our efforts to eliminate HIV transmission completely, and need to continue to support those who are living with the condition.

So, when you see the Kings Avenue Overpass or National Carillon bathed in RED tonight, or see someone wearing a red ribbon today, make sure you pause to think about what you can do to continue the great work that has occurred to date and join in the effort to eliminate HIV transmissions completely.

To find out more about how to get involved or support work around HIV, get in contact with the AIDS Action Council of the ACT at www.aidsaction.org.au

“So great a plague will come from the great shell. Heaven weeps too much over the birth of the androgen. Many will die and suffer but the cure will come on the second millennium plus fifteen years.” – Nostradamus.

It is now the second millennium plus sixteen years.

Julie Macklin - 4 hours ago
Alicia Conley The ACT has no cycle paths. They are shared paths. Yes, those around the lake were built with people on bikes i... View
chewy14 - 5 hours ago
"That they are public doesn’t mean there are no rules for using them." Exactly my point. That the rules should preclude cyc... View
Craig James - 5 hours ago
Keep riding your bicycles on the road, Darwinism at it’s finest 🤷🏼‍♂️ View
News 9

chewy14 - 4 hours ago
Nobody, Interestingly, one year later, that number is down to 100 under construction or "planned", with another 300 "proposed... View
whatwik - 10 hours ago
There's certainly a nuclear reaction from the usual suspects here any time renewables are mentioned. View
Futureproof - 10 hours ago
Nuclear - the Greens say no New hydro dams - the Greens say no Windfarms in remote areas - Bob Brown says no... View
Community 49

Juanita Tee - 5 hours ago
David Keir what are you specifically doing for them 🙃... View
Liv Miller - 6 hours ago
Rachel Edmondstone love 💓 this View
David Keir - 10 hours ago
Virginia Loizou sounds like you’re the one whinging champ View
Property 28

Are we ready to introduce a Needle and Syringe Exchange Program in Prisons?

First-aid trainer gets up close with social distancing