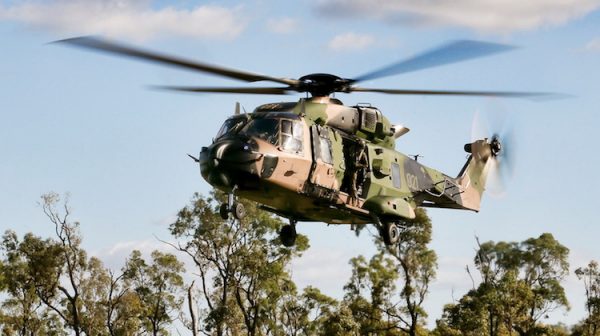 Defence is unable to show that changes have been achieved. Photo: Defence.

Defence’s long-time efforts to change its culture are stalling and it needs to revamp the process, according to a new report from the Australian National Audit Office.

The release of Defence’s Implementation of Cultural Reform comes as Defence grapples with the fallout from findings that SAS soldiers were involved in the unlawful killing of prisoners and civilians in Afghanistan.

Defence is three years into a second five-year strategy to establish universal values across the organisation to make it more inclusive, diverse and able to attract the best talent available.

Systemic behaviour issues have dogged the military for years, ranging from alcohol abuse to sexual harassment, bullying and toxic loyalty.

This second phase was supposed to embed ‘positive workplace norms’, but the audit found Defence has been unable to show that the strategy has been implemented effectively or that intended changes have been achieved.

The report says that Defence has no clear way to measure change or know if its efforts are bearing fruit.

The strategy had identified work-related unacceptable behaviour as an ongoing concern, but the report says Defence had not drawn on available evidence such as survey data from the first strategy (2012-17) that would have helped make progress in this area.

The report says that while there has been a decrease in the number of complaints, work-related unacceptable behaviours, particularly bullying and discrimination, continue to be the most common types experienced in the workplace, and satisfaction and confidence with the complaint process remains an area of concern.

The report says that from 1 December 2016 to 1 April 2021, the Commonwealth Ombudsman received 2,819 reports of incidents of abuse.

The report called Defence’s decision not to evaluate the first strategy to help guide the second a missed opportunity to establish what reforms had been achieved and identify and overcome hurdles to further change.

An internal report prepared for Defence in June 2020 said that the second strategy’s approach did not clearly define responsibilities and accountabilities.

“It has lost its focus and has not set specific targets or milestones that define what changes or reforms are being sought,” the investigation found.

Defence says it is working to increase the amount of data it captures to improve its analysis.

The report urged Defence to establish measurable outcomes for the strategy and develop a set of performance criteria that are accurate, reliable and complete so it can properly assess its progress.

Defence agreed to the recommendations and said the next phase beyond 2022 would align with the Defence Transformation Strategy released last year.

It said progress had been made, including increased diversity with more women, Indigenous Australians and people from culturally and linguistically diverse backgrounds in Defence, and a better response to incidents of unacceptable behaviour.

I think the only “change of cullture” needed is to dramatically cut back on the obscene levels of defence spending. Perhaps some of the dead wood at Fort Fumble (Russell) can be trimmed, but I think we need a complete rethink about the defence industry in general.

When I went to Canberra Airport a while back I was horrified to see large advertisements for armaments manufacturers above the luggage carousels. I thought it was a terrible way to greet visitors to Canberra and did the airport no credit. I’ve been told that the advertisements are directed to politicians and senior defence bureaucrats to get them to spend more on weapons and to create more contracts to particular suppliers of the munitions.

If that is the case then intervention is needed to shut this nonsense down once and for all. Less money should be spent on defence and that money should be redirected to expanding welfare and social services.

Yes, we should cut our defence budget while on the path to armed conflict with China.
Truly, the likes of Sun Tzu should be in awe of your strategic genius.

You know those advertisements are not paid for in any way shape of form by Defence? You know they are there simply to influence Defence decision makers, put up by the manufacturers?
And considering the Defence (have another look at that word, and it’s meaning as a verb) provides assurances to our Government, politicians and the rest, do you really think it’s wise to cut back when we have a threat where Defence may need to fight?
Oh, social welfare and the like – cut back on Defence then. So who are you going to whinge to when the next fire hits, cyclone hits, or any other natural disaster hits? I hear the Vic Government is once again asking for more Defence personnel to help out with COVID-19.
Have a grasp of reality in the big, wide world, please.

No. Just no.
Given the choice of my taxpayer dollars going to Defence or some SJW cause celeb (ABC anyone?), I’d choose Defence each and every time.

So, rather than getting on with the business of being a military, they should put more focus on abnormal sexual practices and including those who participate in them?

Yeah, nah. I’m happier knowing our soldiers have a problem with “toxic loyalty”. What an utterly ridiculous term for people you arm to defend the country.

You clearly don’t work for defence. For one, “military” is a term most try to avoid. It is also about far more than “arms”. A massive part of defence’s role is ensuring security WITHOUT the use of arms. A crucial component of that is attitudes and treatment towards different cultures etc. These are people we must work with every day. Insifficient training etc has meant that defence has been ineffective in this duty, and caused constant issues in the field. If you actually care about security and defence personnel you would care about this.

Weren’t the services once called the AMF (Australian Military Forces). And we had the CMF too (Citizens Military Forces) although CMF soon became an acronym for something else(Complete Military F…..).

George Watling - 3 hours ago
A recent OECD review of 300 Urban Planning studies from across the world has demonstrated that increasing the compactness of... View
George Watling - 4 hours ago
This story is not based on evidence or research. Higher density planning policies have been driving up property prices around... View
chewy14 - 6 hours ago
BJ, $2500 in rates is a block value of around $340000, you aren't talking a cheap piece of property. The rates are set based... View
News 1

chewy14 - 5 hours ago
And the m9ney is going to be completely used up in one day. Honestly, this is beyond a joke how incompetent the ACT governmen... View
News 18

JC - 9 hours ago
Depends how you define better. Again hindsite is wonderful. But those who did get in early wouldn’t have agreed with you if... View
JC - 9 hours ago
Supply has been the issue since day dot. What annoys me is how the federal government has spun it all. The issue was they bac... View
News 7

Hoppingmad - 9 hours ago
I can’t help but agree with those who have pointed out that Liberals talking education, when they pump money into independe... View
Food & Wine 21

Not in our name: Sexual harassment, assault and bullying aren’t part of Canberra’s culture

@The_RiotACT @The_RiotACT
Photographer Sammy Hawker's engagement with the environment has created beautiful images that use salt water, rain and earth to evoke a changing world https://t.co/9oVmYTwl62 (5 hours ago)

@The_RiotACT @The_RiotACT
Loveable goofball Rocco and sweet rabbit Waffle are waiting to find their perfect match. Think that could be you? @rspcaact #PetsoftheWeek https://t.co/RqlUzgo7Dg (7 hours ago)

@The_RiotACT @The_RiotACT
The owner-builder of this dream home designed it for his family. He thought of everything, down to the last detail - and it shows https://t.co/HCmMwgOhgf (8 hours ago)