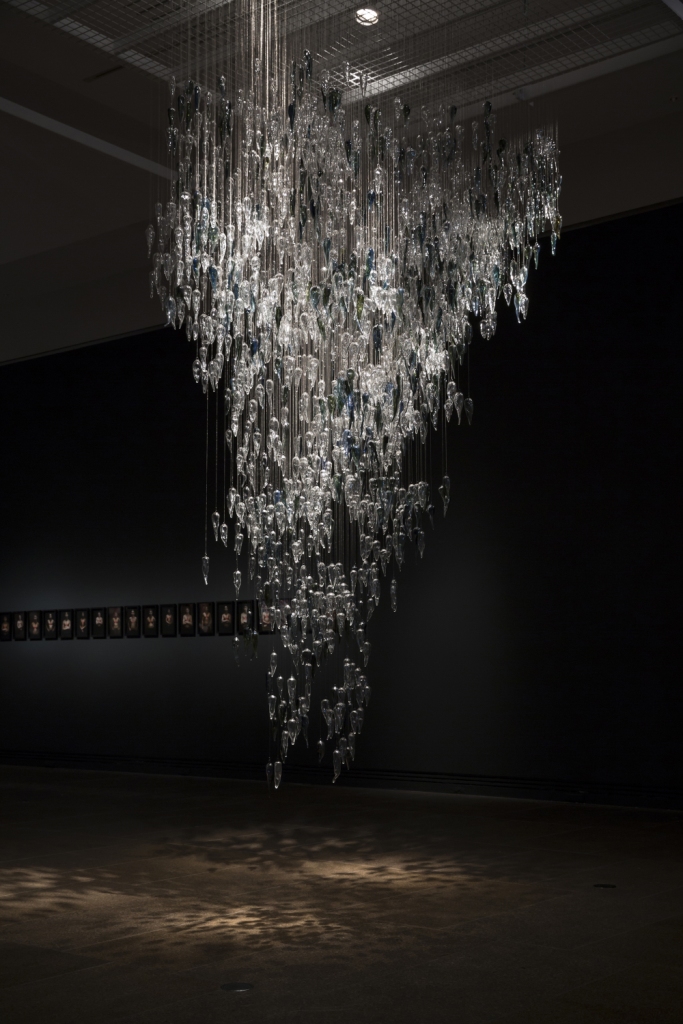 This important new exhibition at the National Gallery of Australia commemorates the 50th anniversary of the 1967 Referendum and the ‘yes’ vote in support of removing two references in the constitution that discriminated against Aboriginal and Torres Strait Islander people. The 1967 Referendum also recognized Aboriginal and Torres Strait Islander people as Australians for the first time. Opening this coming Friday, the Triennial explores the ongoing resilience of Australia’s Indigenous people since first contact, through to the historical fight for recognition and ongoing activism in the present day. Embracing a series of themes, visitors will be able to explore contemporary responses to the Referendum. Curator Tina Baum has selected 30 contemporary Indigenous artists whose artworks make strong political statements: they are established, mid-career and emerging Aboriginal and Torres Strait Islander artists from each state and territory, and are presenting the best of recent contemporary Indigenous art to a national audience.

Artist Yhonnie Scarce delivers a powerful impact with her large and intricate glass installation ‘Thunder Raining Poison’. Woomera-born Yhonnie is a graduate of the South Australian School of Art and has been inspired by stories she was told about British nuclear testing in her ancestral country. To this day, the name Maralinga still sends a chill up the spine of many people. An unknown number of bombs were tested in this remote part of South Australia over a ten-year period, with the full knowledge of the Australian Government. Tragically, many people were affected by the radiation from the testing. Not only did the poorly informed and inadequately protected British Servicemen experience ongoing health problems, but Yhonnie’s people, the traditional owners of Kokatha Country located in the Lake Eyre region, were cruelly exposed, then excluded from their home country, possibly forever. Her people became very sick, and many were removed, sent as far away as Ernabella and Yalata on the edge of the Great Victorian Desert. Talking of her painstaking research and creation of a series of works on this theme, Yhonnie clearly articulates the importance of her family and says “I am proud I have been able to tell my grandfather’s story through my art.” 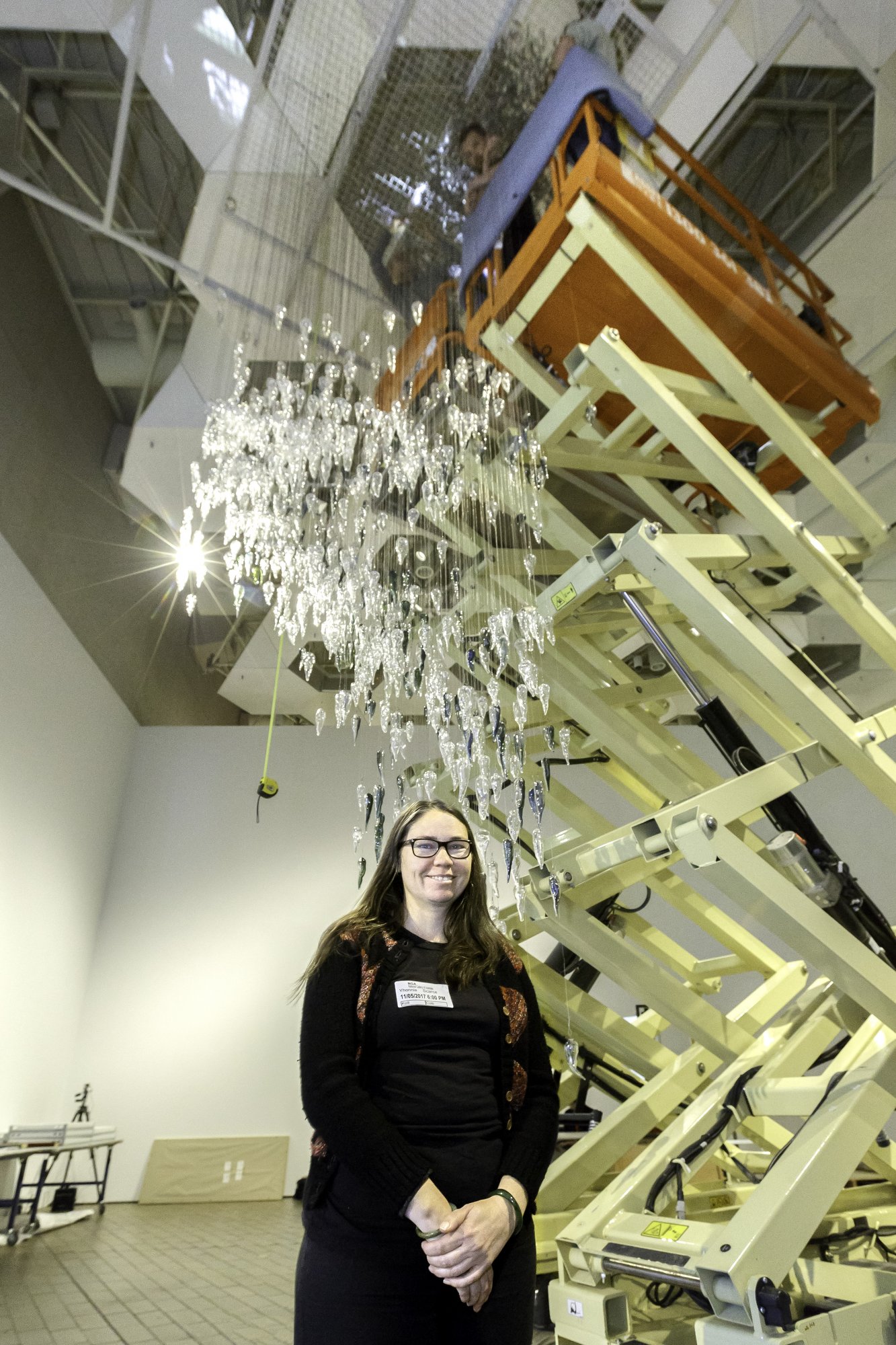 Yhonnie has been in Canberra for the past couple of weeks, assisting with the installation of her complex and beautiful glass installation: 2,000 glass yams suspended from the high ceiling of the gallery. ‘Thunder Raining Poison’ is unexpectedly located outside the walls of the usual temporary exhibition galleries: it is placed at the entrance of the Australian Galleries, dramatically catching the light and reflecting the late afternoon sun. 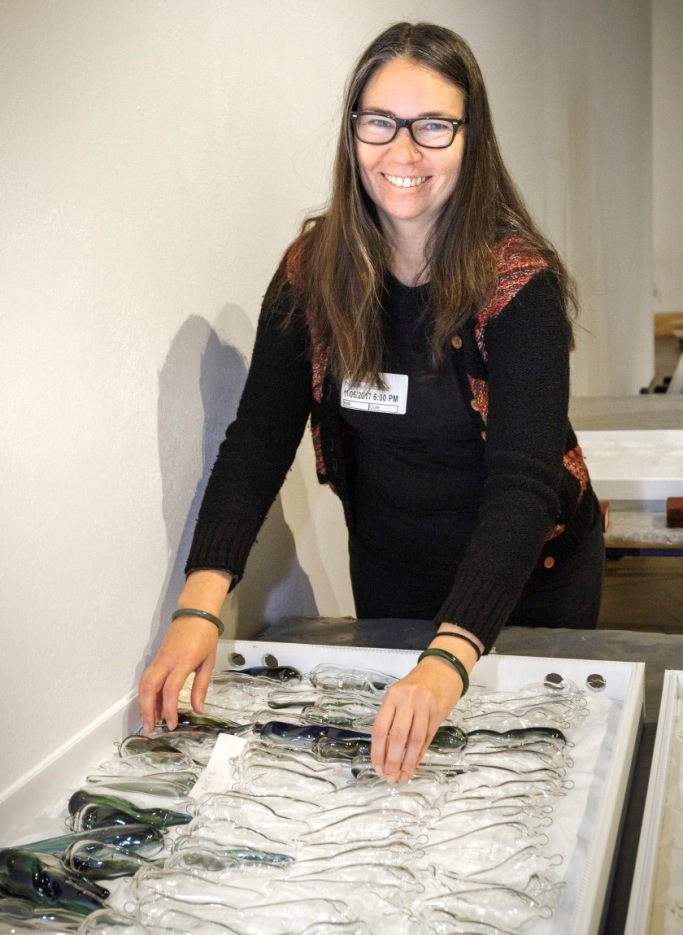 The work is a complex artistic statement: it is political; it is about the land; and it is an important piece of Australian art. I ask myself how such a beautiful and evocative work can be about exclusion, isolation, and desolation? The act of creating this work has been so much about the inclusion of the community of artists who assisted the artist. Yhonnie made a trip to Maralinga and took these artists with her to the Breakaway bomb site so they could experience her country and the aftermath of the conflagration that was the nuclear testing at Maralinga. On the site of the blast, the ground had turned to glass, it remains completely barren, and there is a large ring of trees around the original blast zone. Returning to Adelaide, Yhonnie and her team of six glass artists worked in furnaces heated to more than 1200 degrees and used hollow rods and their breath to transform sand by blowing, colouring and shaping thousands of delicate glass yams. The yams are significant as a traditional source of food, and there is irony in her use of the fragile and delicate medium of glass, recreating the moment of destruction of her ancestral land.

Watching the glass being installed, along with other visitors to the Gallery, I enjoyed the interaction between everyone involved. It isn’t often anyone other than the curators and installation team sees what goes on behind the scenes! Each glass yam is unique and has a pre-determined position, in turn creating a large glass cloud floating above the gallery floor. Addressing one of the Triennial’s themes of ‘bearing witness’, the positioning of Yhonnie’s work at the entrance provides an immediate impact on everyone entering the Gallery. The audience, in turn, bears witness to the little-known tragedy of nuclear testing on Yhonnie’s people and country. It is Yhonnie’s hope that people will come away from her work knowing a bit more about Aboriginal Australian history and about Maralinga.

Don’t miss a full program of artist talks on Friday 26 May and other events on Saturday 27 and Sunday 28 May.

‘Defying Empire’ is showing at the National Gallery of Australia until 10 September 2017 and entry is free.

All photos kindly provided by the National Gallery of Australia.

Wow, thank you Yhonnie and fellow artists for creating such an arresting (and beautiful) sculptural response to the tragic events of Maralinga, to the National Gallery for organising the forthcoming 3rd National Indigenous Art Triennial, and to Maryann for setting us in motion to view these works. Jill

Kat Rothwell - 21 minutes ago
Allison Jay it is very beige View
Acton - 18 hours ago
Seems some people would like to live in a police state. View
Food & Wine 101

Despina Despina - 12 hours ago
We are so lucky in this country. Yet we have the COVID deniers, and anti vaxers who seem to refuse that COVID exists. Thank y... View
Lance Russell Baker - 14 hours ago
Timothy Bailey Too true. Their bizarre belief that they are the world's shining example of democracy is unbelievable. I could... View
David Kidd - 16 hours ago
Timothy Bailey No we do not View
Business 6

@The_RiotACT @The_RiotACT
An environmental impact statement has been prepared to assess the impact of sewage discharge into Lake Burley Griffin as part of a major upgrade to Queanbeyan’s ageing treatment plant https://t.co/RZ6RQGw4FL (16 minutes ago)