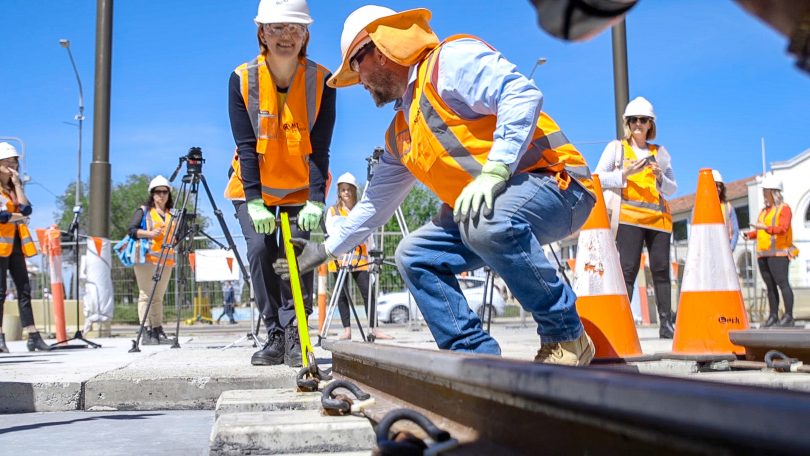 As contractors laid the final piece of track in Stage 1 of light rail, the ACT Government revealed that the while the project was still due to finish in December, it would not start taking passengers until early in 2019.

Transport Minister Meegan Fitzharris told ABC radio that Canberra Metro had only given her formal advice in the last couple of days that services would not be able to start in December.

She said Canberra Metro would need to obtain third party rail accreditation from the Office of National Rail Safety Regulator and the Independent Certifier before the system could begin operations.

The scale and complexity of the project had also meant there had been construction issues and delays.

“As with any complex infrastructure project, there are also risks that affect timing such as weather, the testing and commissioning of rail and signalling systems, and finalising of the stops,” she said.

Under the terms of the light rail contract, Canberra Metro will not receive availability payments until services start. Ms Fitzharris said there was a range of options the Government could take under the contract including extending the time of the contract and penalties. 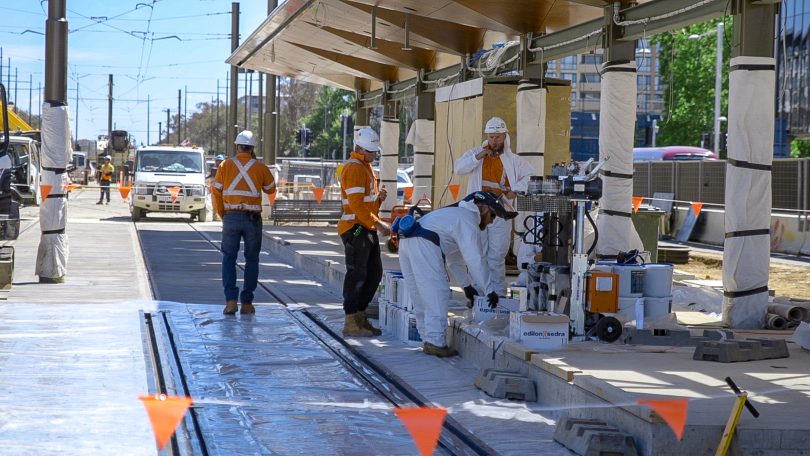 The Minister would not provide a specific date for services to start, saying that with Canberra Metro going through the process of regulation, particularly around rail safety, it would not be prudent to do so.

“I can’t give you a date today and if I were to give you a date it’s likely at this point that it may change. Canberra Metro will continue to provide us with monthly scheduled updates,” she said.

She expected that the starting date would be in the first quarter of 2019 and committed to be open with the community about that, adding that the Government was planning a launch weekend so as many Canberrans as possible could experience light rail.

Ms Fitzharris said that with construction still due to finish in December the disruptions to traffic and businesses along the route were getting very close to ending.

“Construction is going well. Electrification of the full system will happen very soon, we’ll see light rail vehicles all the way along the length of the route. So some of those issues people have had around construction, disruption to roads, some of the night works – those are getting very close to ending and taking pressure of the road network,” she said.

This morning the Minister helped install the last section of rail along the Gungahlin to the City corridor in Civic.

“Just over a year after the rail installation began on the project in Gungahlin, this significant milestone today brings Canberra’s light rail system one step closer to reality,” she said.

“The final installation of rail is a very significant moment in any rail project. From here we expect to see more of the light rail vehicles being tested along the alignment over the coming weeks.”

Ms Fitzharris said all the light rail vehicles were now in Canberra, the track slab had been laid and landscaping was being done across the project.

Waste of time and money ..

It will be good to see this finally completed. But I’m concerned about the speed of the trip….
To cover the 12 km in 24 minutes you need to travel 30 km/h. That’s with no stops for loading/unloading passengers or traffic lights. Add in 13 stops, assuming 30s per stop, the tram will have to travel more than 90km/h between stops!!
See https://www.canberra-metro.com.au/ for the advertised metrics

And there will be accidents to contend with like this: https://www.videoman.gr/en/129574

Think you maths isn’t quite right.
Firstly you are right there are 13 stops but the termini are not included in the running time so that makes 11 enroute. So at 30 seconds a stop that is 5 mins 30 seconds.

That is assuming the tram has a 100% unimpeded run between stops.

It couldn’t be engineered with busses so what makes you sure it will be successful with trams? Expecting trams to travel up and down Northbourne Ave at 70kmh is crazy and dangerous.

“Has anyone else noticed how little shelter there is at the stops?”

The roof of the “shelter” at the city terminus actually “kicks up” at the southern end and this will induce the wind and the rain to sweep in.

This will guarantee it will will win accolades and excellence awards from the design community.

Looking on the bright side it will be a couple more months before the bill has starts to get paid. Can’t wait?

Has anyone else noticed how little shelter there is at the stops? A bit of shade but very little protection from rain and none from the wind. It will make for an uncomfortable experience on a wet, windy winters day.

Doesn’t make to much of. A difference in the way you say it late dec early Jan?

Rachel Preston just as I suspected

A dedicated busway would have been finished and operational by now.

What a great idea the light rail is

This project has been so over-hyped, it’s just as well that the responsible Minister and officials are getting some early practice in pre-emptive apologising for not meeting the expectations which have been built up.

Nothing in her statement about the project still being powered by 100% renewable energy from day one which begs the question as to what happens if there isn’t any available.

Now on to stage 2 and the continuing list of “stunts Zed pulls to sabotage the project”.

IMHO the ACT Government should simply bypass the NCA controlled areas until the NCA can be brought to heel.

And the media event featuring the Minister laying the final rail is not a stunt?

I get stage 1 but how can anyone be happy with stage 2 to go ahead when it will take twice as long to get from Woden to the city compared to the current bus service available? Make one lane each way during peak hours in the morning and night dedicated to buses and save a bucket load of money.

Stage 1 was about developing the inner North, Stage 2 is about the governments ‘city to the lake’ project.