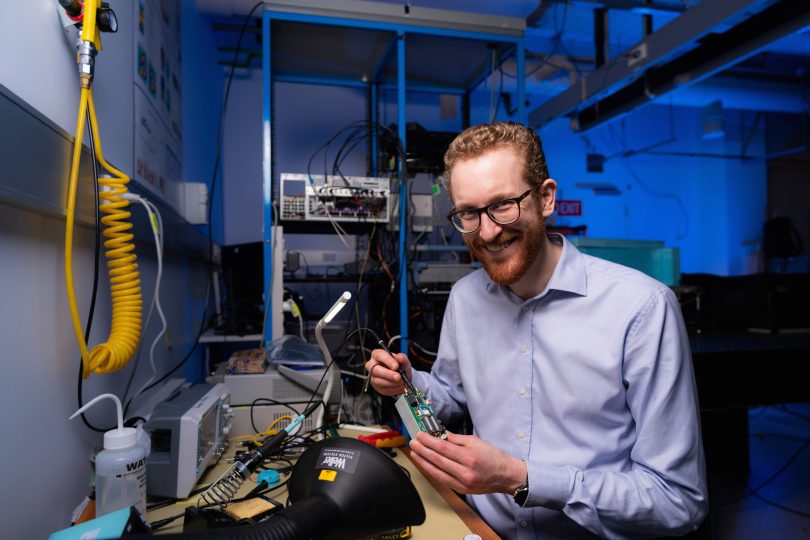 While it may not be what immediately springs to mind when you think of diamonds, a project at the ANU is harnessing the power of synthetic diamonds to create the world’s first quantum computer which can operate at room temperature.

Quantum Brilliance, which is attracting international attention, is the brainchild of Canberra-born and bred Dr Andrew Horsley and his business partner and co-founder, Dr Marcus Doherty.

In the quiet rooms of the ANU Physics buildings, half of the company is being operated, and they are taking groundbreaking steps towards their technology being wholly viable.

Dr Horsley is clear that their outlook has to be bigger than Australia, and that’s why the venture-backed company is also operating out of Germany.

By the end of 2021, Quantum Brilliance will be a full 50/50 split between the two countries.

“The market here is simply not big enough, and we need to look overseas for bigger grants, too,” says Dr Horsley.

Governments around the world have worked out the immense potential of having their own sovereign quantum capabilities.

Dr Horsley, who did his undergraduate degree at the ANU before completing a PhD in Switzerland, ended up coming full circle and returning to Canberra with the idea for Quantum Brilliance.

Thanks to the support of ANU Physics and Canberra Innovation Network – which both saw the potential in “physics researchers who wanted to be entrepreneurs”, says Dr Horsley – Quantum Brilliance has accelerated in leaps and bounds since beginning in 2019.

For people who are unfamiliar with quantum computing, Dr Horsley explains it quite simply as computers which can deal with complex problems and those with many links.

“They rely on basic physics phenomena which we understand quite well already in physics, but have been less developed in computing,” he says.

Eventually, quantum computers will be used to solve extremely complex problems in the military, pharmaceutical and spatial domains, among many others.

Dr Horsley says most quantum computers are not at the stage of being commercially viable because they are so big – often up to the size of a household fridge – and require sub-zero temperatures to operate in.

The sub-zero temperatures are generally necessary to prevent any noise which stops them from performing properly, but using the properties of the synthetic diamonds has proven one way to mitigate this.

“Clearly, this means in terms of actually being ‘market-ready’, these are not anywhere near [ready] because the difficulty of operating them is too much of a barrier,” says Dr Horsley.

But this is where Quantum Brilliance stands out among the crowd.

Not only is its quantum computer operable at room temperature, it is also being made smaller.

“The size does remain a challenge, but it will be lunchbox size, meaning the possibilities for its use are pretty endless,” says Dr Horsley.

Customers will eventually be able to operate the computers themselves from their own homes.

The company’s current big challenge is preparing to install a quantum computer at the Pawsey Supercomputing Centre in Perth by the end of 2021. 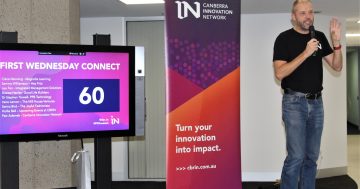 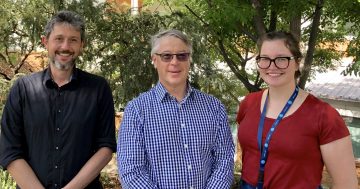 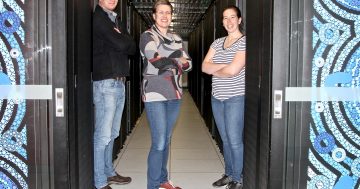