Dickson auction action – what next? 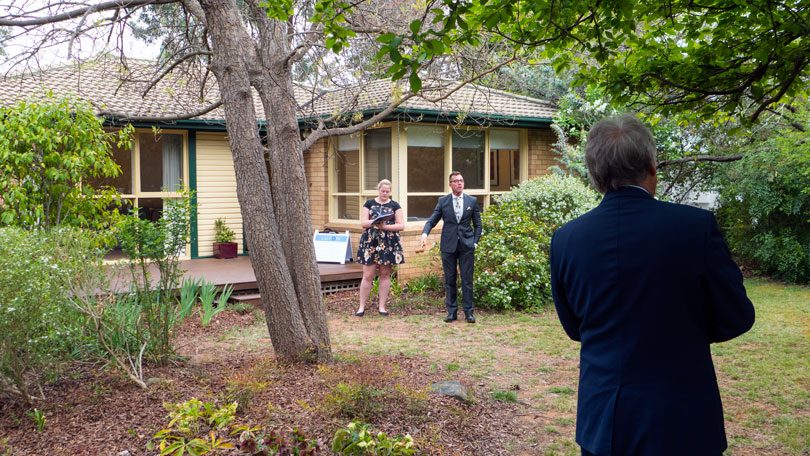 Spring has sprung and Dickson is where the sales are at – for now.

Just months ago a Luton’s auctioneer stated that the property going under the hammer was the only house for sale in Dickson.

Last weekend people showed up at 10 am for the auction of yet another standard AV Jennings, original style three-bedroom house. It was in very good condition with reasonable gardens.

The interest was high, given that just doors away there was a removalist van in the driveway of a similar house that recently went for the unexpected price of one million nine thousand dollars. 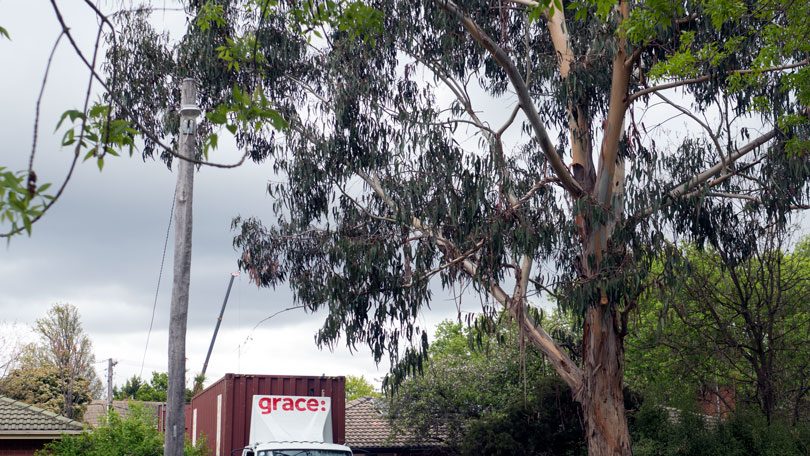 That sale and a couple of others had caught the neighbourhood out – seeing the prices jump by at least a $150,000 more than expected. Such is the world of real estate in 2017 in middle Dickson.

Meanwhile, just around the corner from this sale, a fairly new and well insulated (double glazing etc.) four bedroom double story semi-detached house had been put out to auction. As has been the case a couple of times in this area, a sale was settled before the auction. The pre-auction settlement price was $935,000. Probably right on the mark. 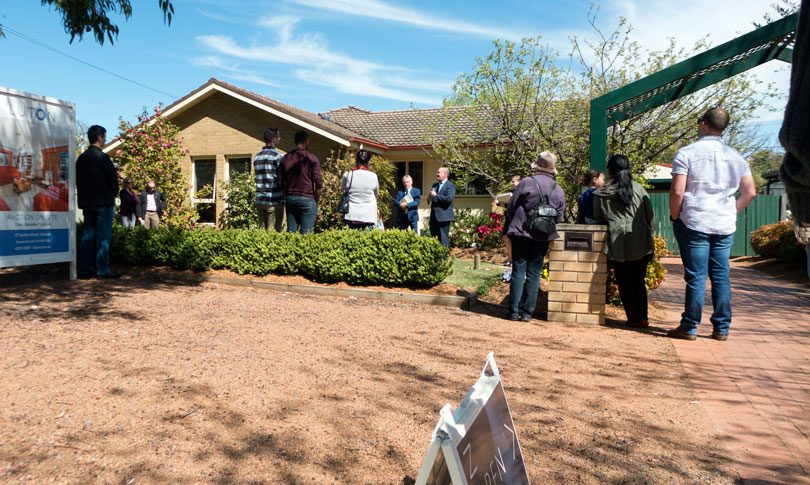 A couple of weeks back, another home in middle Dickson went to auction by Luton Properties. This was an extended house, now four bedrooms and two bathrooms (above). The speculation was on whether it would hit the million dollar mark.

On the day, two couples battled it out and with some skilled work by the auctioneer, the price settled on $974,000. A good buy for a family as the house was in very good condition and ready to be re-occupied.

Yes – the situation has changed in middle Dickson from that described earlier in the year. There now seems to be a sale more or less each week. Spring has sprung and Dickson is where the sales are at – for now.

Meanwhile, back at the sale for the day. There were four registered bidders; curiously this did not include any of the bidders who missed out on the former sales. So we were starting with a new set of hopefuls.

The house was also ready to be re-occupied and was in an attractive garden setting with mature trees. To add to the excitement, we had Richard Luton himself to conduct the auction!

It was a slower-than-normal start with three bidders being very cautious – more so than usual. Richard knew how to charm the gathered crowd and how to put the right amount of pressure on the bidders. He’s good at this.

In the end, while three bidders became engaged, the other one kept his bat to himself. Was he going to make that very last second move?

It did not take long for the auction price to stall around $876,000. This was below the reserve and Richard made several calls to move that price up over the reserve. It now came down to two bidders.

The local audience speculated that reserve must have been at least $900,000, if not a little more given the million-plus sale just three doors away.

In the end, there was no deal on the day. It seemed that the bidders were there for the cheaper deal and no-one amongst the four bidders was prepared to match the current surge in sale prices here in middle Dickson. The fourth bidder did not bid at all.

Everyone agreed that the reserve price was about right, and it took a very short time for the ever-efficient Luton Properties Dickson staff to relist the house for the sale price of $919,000. Yes – we expect that there will be a couple of buyers in for at least that price very soon.

As with previous auctions, the neighbourhood was well represented at this event. Besides being of interest to other house owners, these sales have become a bit of the local entertainment. The neighbourhood is definitely changing. Families are coming and going, houses are being constantly renovated, and there are several knock-downs/ rebuilds underway in the immediate area.

As a local said as we walked down the street, ‘just look how beautiful the street trees are looking this year, how so many gardens are looking great – what a place to be this spring.’

So we wait for the next auction action in middle Dickson.

Have you noticed the spike in auctions in Dickson recently? Let us know your thoughts by commenting below.

TheSilver - 52 minutes ago
There is literally no good evidence that "social distancing" or "wearing masks" can reducing risk. At best you can say we don... View
phydeaux - 2 hours ago
Quite so. To put some rough numbers on it, 2017 was a peak flu season in which near 1200 people died, but the 4-year average... View
chewy14 - 2 hours ago
Can't remember when anyone said anything about compulsory flu booster shots? We are talking about Corona Virus, which is sign... View
Community 1

@the_riotact @The_RiotACT
#Gungahlin's proposed #tennis centre is a step closer with a consultant hired to come up with a preferred design for the facility https://t.co/7htQ6Obh5D (56 minutes ago)