Did you hear Canberra’s big bang? 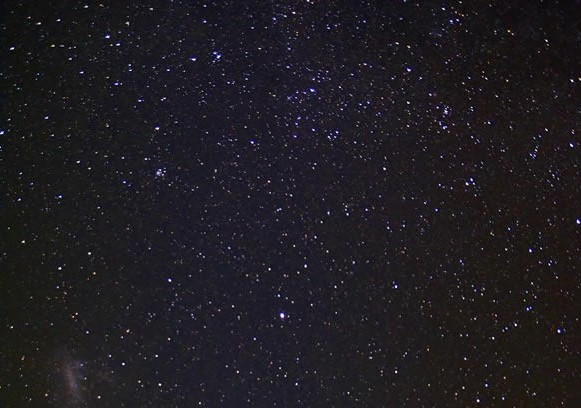 Mystery surrounds a loud bang heard early this morning in Belconnen and Gungahlin but it’s not the first to be experienced in Canberra’s north.

There have also been reports of an orange flash seen in the sky, which the ANU says discounts a meteor being responsible.

That description is reminiscent of reports two years ago of a big bang in Holt that attracted many theories but no actual cause.

And back in 2012 a big bang was reported in Nicholls, where houses were shaken.

Just like this time, Geoscience can’t help, and the police and ESA have no idea.

That leaves Defence, but don’t expect it to let on if the military have been up to anything.

But we asked anyway.

A Defence spokesperson said it was definitely not the culprit, saying there were no training exercises being conducted at present.

What do you think was the cause?

Could it have been a sonic boom from one of the new RAAF F-35’s?

I remember some rogue F-111 pilots “flaming” over Lake (Walter) Burley Griffin late one night about 20 years ago. That put the wind up a lot of people.

When the Electric switch's are turned off or on at the Belconnen Sub station an explosive noise is produced which echos across Belconnen and Surrounding areas.

Lucinda Douglas this is what I was talking about

Caitlin Saunders all I can see is that video of you

Ant the sound bounced off the clouds ;)

Donna Perry... your mum was just telling me about this 😳

Jennifer Redmond yes, I rang her the next day and she said she heard nothing! Weird, for so many people to hear it have their houses shaken yet no one knows what it is.

Someone set off a commercial grade firework on Benjamin Way

When I was a teenager, I knew guys who used to make a thing called "Petrol Putty", that they used solely to make letterboxes pop. Once they ran some 100m up a storm water drain. The bang was so loud it was heard for kilometres.

Ashleigh did you hear this??

It will be fireworks from the cancelled New Years shows.

Heard in Emu Ridge. Similar to two other big bangs heard in last few months. First was a commercial firework ignited between building of Oracle apartments (near my place) Police and Fire attended, had no idea what or where second one was and the third was last night. All late evening when quiet. I suspect we have a serial 'bomber' who has a stash and gets their kicks out of all the hoo haa following an ignition. At least no one has been hurt nor property damaged (that we know of?)....wait for the next one i suppose !?

I heard it in Evatt.

Alot of people believe it was a mortar firework. And yes, they are extremely loud. In the video you can hear it shoot off, top left hand corner above the car you see a flash then BOOM!

I believe it could of been a mortar for sure

Bob Fraser - 10 minutes ago
Matt J-Clarke I have seen twelve people actually. I visit Burns Club on Thursdays and park at Kambah shops. No free spaces at... View
Yvette Croft - 22 minutes ago
James Suman They didn’t cry, they just need the equipment to be of Australian and World Athletics standards. Just like a fo... View
Yvette Croft - 35 minutes ago
Jordan McMillan Thank you, I have been updated and they have offered to pay for moving the equipment, but not to the Australi... View
Food & Wine 23

Paul Mathews - 2 hours ago
my neighbour cuddles up with his BARKING DOG, eh Chris View
Shane Jasprizza - 13 hours ago
Been on for about a month already 🤷‍♂️ View
Kelly Hartas - 16 hours ago
Hell yes View
Lifestyle 4

Alex SmilyLex - 9 hours ago
And men cannot legally take their children to a men's refuge unless they are no longer children even if the mother has taken... View
HiddenDragon - 16 hours ago
Given the extent of the policy osmosis between Victoria and the ACT, something like the private-public housing partnership de... View
Sport 5

American actor Matt Damon was happy to pose with star-struck locals while visiting the regional village of Jugiong in the...
News 39