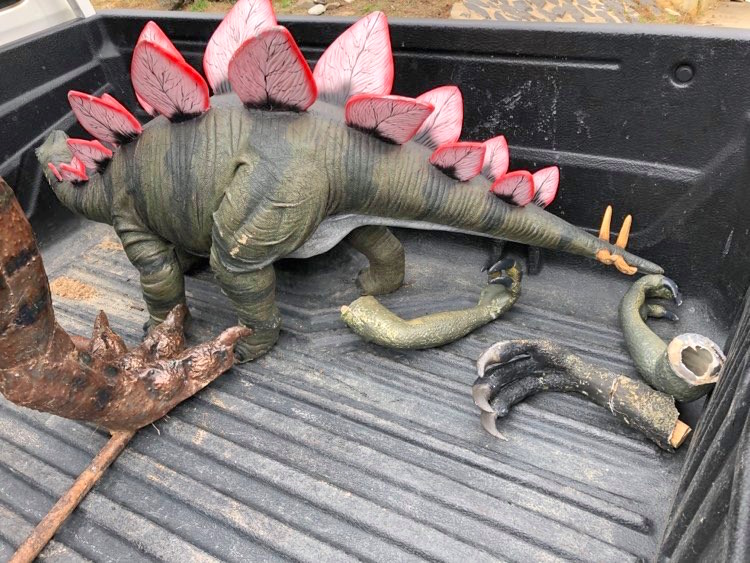 A stegosaurus and other smashed pieces from the National Dinosaur Museum at Gold Creek. Photos: Supplied.

The manager and staff of the National Dinosaur Museum at Gold Creek have been left gobsmacked at the behaviour of the person or people responsible for the theft and damage to a number of valued dinosaurs overnight.

Two dinosaurs were stolen while three had body parts dismembered by one or more people some time between when the museum closed on Sunday (20 December) and reopened on Monday morning.

A stegosaurus was stolen while the arms and legs of several raptors were removed. All of the stolen dinosaurs and their parts were recovered after staff at the nearby Gold Creek Golf Course noticed them strewn on the golf course.

Museum manager David Barker said it was yet another blow for the business when staff and management fronted for the busy week ahead of Christmas.

“It looks like some of the raptors had their arms sawn off, while a stegosaurus and a larger dinosaur had also been stolen,” Mr Barker told Region Media.

Police have been contacted and are investigating the theft, while staff are reviewing CCTV footage that should show the movements of the vandals before the thefts occurred. 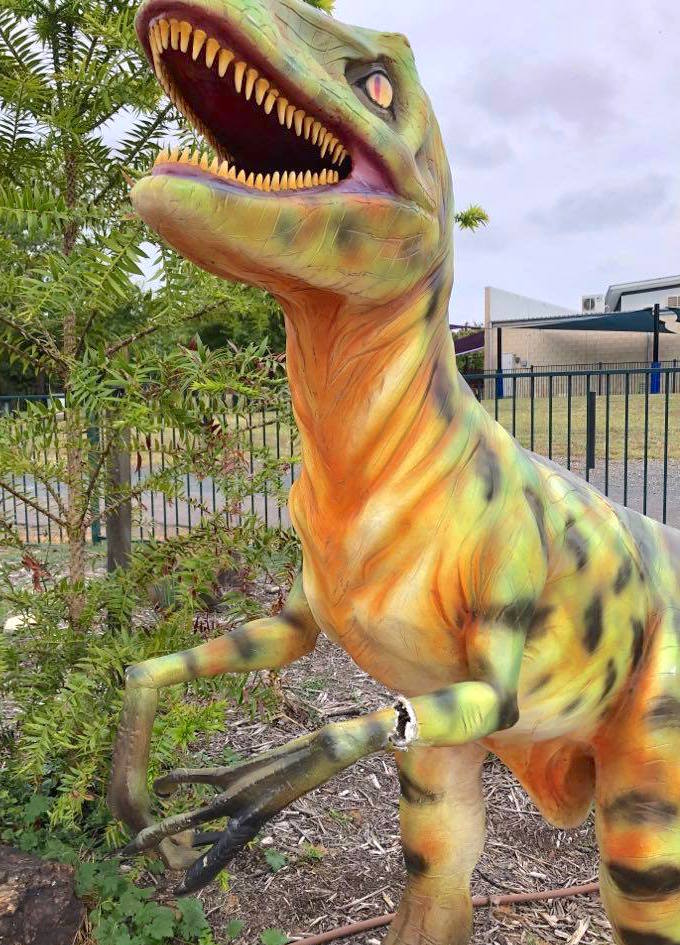 The damaged arm of a raptor at the National Dinosaur Museum.

Mr Barker said it was extremely disappointing to see this kind of behaviour after staff had fielded cancellations from a large number of visitors who have been unable to travel to the ACT from high-risk areas due to the latest COVID-19 cluster in Sydney.

“We’re lucky that we’ve been able to retrieve the dinosaurs and their dismembered limbs but visitors will have to look at the damaged dinosaurs until we are able to fix them, hopefully later today.

“On top of the news yesterday of the new COVID restrictions, we’ve lost a huge percentage of our visitors who have cancelled their bookings to come here.

“It wasn’t a good thing to come into on a Monday morning.” 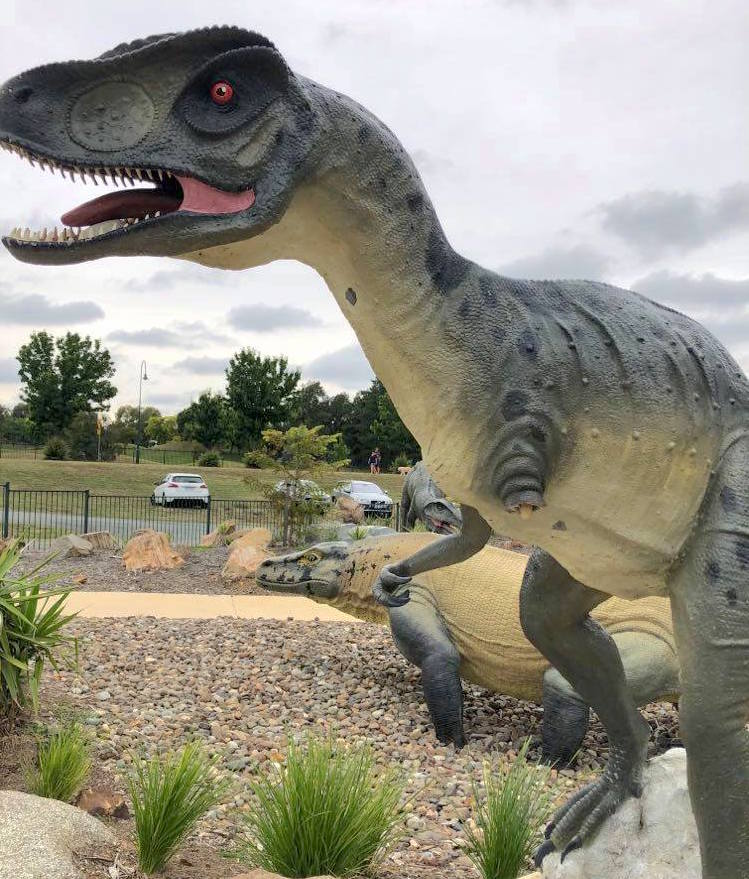 Another of the raptors that had its arm removed by vandals.

“It’s just a double whammy for us, particularly when the ACT has just stopped Sydney people from coming here, so we’ve been dealing with cancellations all morning too.”

“We’re still fully open for business for people who aren’t in an affected COVID hotspot. They’re more than welcome to come out. We’ve still got a lot to see here – just a few of the dinosaurs are missing a limb or two at the moment.”

Anyone with information should contact the National Dinosaur Museum on 6230 2655 or report to Crime Stoppers on 1800 333 000, or via the Crime Stoppers ACT website.

@the_riotact @The_RiotACT
With work-from-home and workplace flexibility now the norm, businesses are focussed on creating offices that are more homely and enhance staff wellness. Specialist #office space business #Burgtec has some novel solutions https://t.co/I1bnCGMuRp (21 minutes ago)