Dion Devow is a man around town who is committed to giving back to the community. Photo: Jamila Toderas.

When it comes to wearing many hats, there is no better example than businessman, entrepreneur, radio host on ABC Canberra, husband and father Dion Devow.

So far, his career in Aboriginal affairs, including health, justice and education, has spanned more than 30 years, and he’s not showing any signs of slowing down.

Originally from Darwin, Dion now calls Canberra home – so much so that in 2018 he was awarded ACT Australian of the Year.

He’s the brains behind Darkies Designs, an Indigenous clothing and design label which recently collaborated with students at Namadgi School to design their new uniform.

Darkies Designs has now been running for more than a decade, and Dion says during that time he’s helped establish four other businesses.

His entrepreneurial spirit has been handed down through the generations, and one of these businesses has seen him collaborate with his 14-year-old daughter, D’Shontéa (Téa), on her and her friend’s business, Téa and Belle.

Dion also runs the Canberra Business Yarning Circle, which is an Indigenous entrepreneur program. In this, he works closely with the Canberra Innovation Network (CBRIN) to help implement and facilitate workshops and mentoring.

In the past four years, he’s also worked on Yerra, an IT and cultural consulting company. This has seen Dion collaborate with a number of large businesses, as well as public service clients.

Yerra aims to help Aboriginal and Torres Strait Islander people enter the IT and cybersecurity world, a field in which they are historically underrepresented.

An accelerator program to be run in conjunction with KPMG and CBRIN is also in the works.

“During COVID-19, we partnered with Woolworths and were able to facilitate the delivery of 150 tonnes of hand sanitiser for workers to use,” he explains.

Clearly, Dion is someone who doesn’t have a lot of spare time.

However, in what little spare time he does have, he can usually be found out and about in the community.

Dion says that’s just something he has always done.

“I started off in health, helping Aboriginal people and then transitioned to helping them and their families navigate the court system,” he says.

Dion says business was something that he fell into while working at a grassroots level out in the community to help Aboriginal people.

“I love helping people and a lot of my career has been based on being that middle person,” he says.

“I see it as doing my bit to bring black and white Australia together.”

Dion acknowledges that as much as he loves business, it can be really hard sometimes and this is especially true when it comes to balancing his desire to help the community with the need to make a profit and keep the business viable.

“To make your own money, especially during the COVID-19 pandemic, was exhausting,” he says.

“But business is also really exciting, and it’s all about relationships, partnerships and networks.”

Dion says that one element which has remained true to all of his businesses is that they are social enterprises, which means there’s always a focus on giving back to the community.

He is optimistic about the prospects of businesses succeeding, but suggests that aspiring entrepreneurs might want to start off their project as a ‘side hustle’ before making any big decisions to quit their day jobs.

“It is whatever you put into it, and I love it,” says Dion. “You get to meet people you otherwise wouldn’t, and you’re able to help not only your family but everybody you employ as well.”

Just to add to his already impressive resume, Dion has recently started working at ABC Canberra as a radio presenter. He says it takes him right back to the beginning of his career when he did some work experience, at age 14, in Darwin as a reporter. 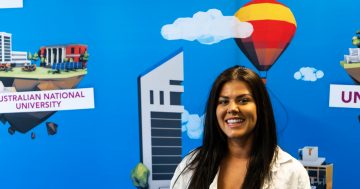 Having a yarn is a valuable tool for Indigenous companies 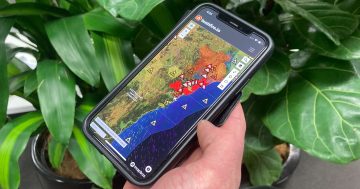 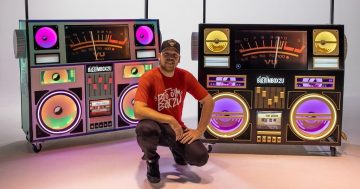