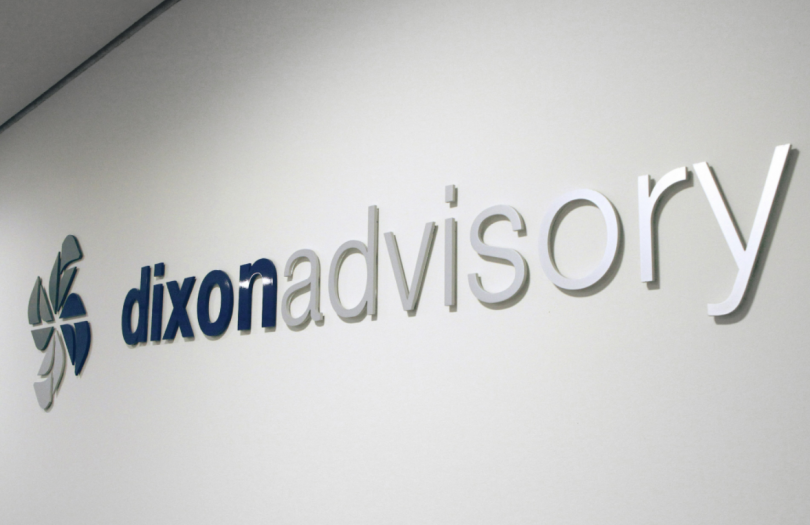 For decades, Dixon Advisory was the first choice for financial advice in Canberra. Photo: April 77.

Wealth management firm Dixon Advisory has been forced into voluntary administration due to mounting liabilities arising from potential damages from class actions, consumer claims and penalties owing to the corporate watchdog.

DASS directors have determined that mounting actual and potential liabilities mean it is likely to become insolvent.

The company, founded in Canberra by Daryl Dixon and his wife Kate Dixon in 1986, is facing a big damages bill from multiple class actions led by Piper Alderman and Shine Lawyers, claiming DASS provided conflicted and misleading advice by directing clients into its US residential property fund.

The Australian Financial Complaints Authority is also pursuing the company. Last July, DASS agreed to pay the Australian Securities & Investments Commission $7.2 million in penalties and $1 million in costs as part of a settlement for failing to act in clients’ best interests.

E&P told the ASX it would aim for minimal disruption for clients and settle all claims. It would transfer DASS clients to another service provider of their choice and propose a deed of company arrangement which provides for the comprehensive settlement of all DASS and related claims.

It said that the voluntary administration relates to DASS only and there was no recourse for DASS liabilities to other entities within E&P.

No client assets were at risk because they were either held in clients’ own names or in trust by independent third parties, no jobs would be lost, and DASS clients would still have access to their current adviser.

The group acknowledged the heads of agreement entered into between DASS and ASIC relating to alleged breaches of the Corporations Act, including the agreed penalty and contribution to ASIC’s costs. It agreed to contribute an equivalent sum for the benefit of creditors as part of a comprehensive settlement of all DASS and related claims.

Group managing director & CEO Peter Anderson said the appointment of voluntary administrators to DASS had become necessary in light of the increasing number of claims against DASS and the potential associated financial liabilities.

“It has also become apparent that settling individual claims as they arise will likely lead to inequities between client creditors. Voluntary administration provides an appropriate framework to ensure all client creditors are treated equitably,” he said.

In 2001, Daryl and Kate’s son Alan Dixon assumed the managing director role and formed the SMSF and investment advice unit.

Dixon Advisory was a trusted adviser for more than 5000 clients by the time it agreed to merge with brokerage firm Evans & Partners in September 2016. The merged group, then called Evans Dixon, was a combined $18 billion wealth advisory firm and listed on the ASX in 2018.

It shed the Dixon name in 2020 as the reputation of the once-lauded financial adviser became tarnished.

Daryl Dixon is also a regular media commentator, columnist and author on financial affairs, and there were few more trusted experts in Canberra than him.

According to Canberra public policy academic Dr Jenny Stewart, writing in 2007, only three people understood the entire superannuation system: “One went mad, the other died and the third was Daryl Dixon.”

Both Daryl and son Alan left the business in 2019.

…the penalties ‘owing’ to the corporate watch dog, which must have taken its eyes off the ball for too long, will likely exhaust anything left for those whose life savings have been lost. The humbug of government failures – along with the many other APRA failures – are disgusting examples of our pathetic public administration !

Next day open with another name to avoid taxes

Not very good at following there own advice

Dixon Advisory isn’t the only APC-centric financial planner that is at risk. There’s at least one other major business that has failed to put the interests of its clients first. DASS may just be the first domino to fall.

Years ago, our financial advisor (not DASS but one of the other biggies in Canberra) put us into a dud super fund. A while later, he transferred us across to one of the other duds. We realised later that the second one had better trailing commission, and he received a bonus for putting us in the new one.

When I told him I wanted to go to an industry fund, he said he would no longer act for us as he would receive no kickbacks (not put in those terms, but the meaning was clear). That was the best thing ever – we took back control and are now in Australian Super. I regret how much money we lost in poor returns, advisor fees and commissions – we would be so much better off now if we had just done our own research and not allowed this churn that just made money for this scammer.

No wonder these parasites have a bad name. They are still, as an industry, trying to water down the consumer protections, so have learned nothing from the Royal Commission. Financial advisors are scumbags and parasites and should crawl back into the sewers where they came from.

Financial scammers depend on more and more regulated SMSF complexity to justify their own fees and involvement. They would like nothing more than to take over the savings of retirees.

The letters “SM” stand for “Self Managed”. It baffles me why people set up SMSFs and then pay someone else to run the investments for them.

An SMSF is an enterprise. You need the interest, time, capability, and some strategic maturity.

You are quite right. A SMSF should be self managed. However the financial scammer industry continuously tries to get more regulated complexity added to SMSFs so as to ensure the ongoing need for accountants, auditors, advisors and associated hangers on, all taking a fee. Their whole business model depends on convincing people and government that we cannot manage or invest our own savings without their expertise. A SMSF should be a means to control your own financial future, not a reason to hand over your future to the likes of Dixon Advisory, that developed a conflict of interest by recommending their own failing investment products.

Ever since SMSF’s were introduced, successive government’s have stood by in silence as fee-harvesting investment advisers focused their services to the superannuation industry by convincing us that the only way a super fund could work is that investment returns are optimized and retirement income will be derived solely from this income.

This is totally at odds with the design of the SMSF which by regulation, has to pay annual, fixed percentages from the fund (in pension phase) which increase annually commensurate with aging so that a vanishing point is reached at end of life. Ideally, this money would come from a combination of capital and investment returns but preservation of capital must be the dominant goal in a SMSF.

At the moment, a lot of conservative SMSF trustees are drawing the mandatory pensions from capital as return rates on term deposits are pitiful (thanks to our RBA policy). Many trustees fell for the many scams that were allowed to flourish and many funds were wiped out. Many are heavily invested in equities – good luck with that investment strategy.

Regulators have certainly made it near possible for individual trustees to prepare and complete the annual returns but there are many online services (with PI insurance) that will fulfill this requirement for about $1,000 pa.

Been watching this as a client. Gotta say a bit nervous is an understatement

I still remember a “financial plan” provided to one of my tax clients almost 20 years ago. Basically all it said was set up a SMSF with nothing else. Talk about self serving advice. Glad to see the regulator finally caught up with this mob, but unfortunate for those people who lost out in the meantime.

James Daniels I was sent there for advice before I took a redundancy package. They ignored my superannuation and taxation questions and tried to sell me disability insurance products I wasn’t interested in; which they would receive a commission for and which would have cost about a quarter of my new annual income. The written report I received afterwards claimed I was seeking advice on insurance. Fortunately I personally didn’t have to pay for that appointment, though my old employer did.

Colin Parton story for your next book 😝