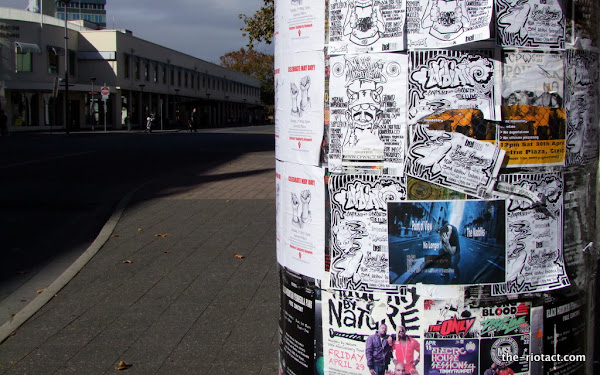 Half of Canberra’s still at the coast sneaking a break and the last weekend is still clouding many of our minds, but the new one is fast upon us.

@PB: Thanks for the Hugh Cornwall tipoff – the show was bloody brilliant!!!

Many Hands is on at the School of Art

Hall markets are on, too, being the first Sunday of the month. I imagine quite a few will be doing Hall and then the Pumpkins, possibly getting lost trying to go the back way (Gundaroo Rd, Sutton Rd, Marked Tree Rd, fall in Lake George…)

thanks for picking that one up for me

Just listening to the wonderful round-up of regional events on ABC 666 radio (AM) and apparently there are events on for the weekend of some sort. There’s a pumpkin ball on tonight, so I guess check local guides (or in this case, the link) for more details.

Just listening to amazing details of an incredible day of Dutch goings-on……. damn, missed the day as the news gazumped the back-announce.

And the embassy is closed today for the (Nederland) Queen’s Birthday but the celebrations are on at the Royal Dutch Embassy this Sunday 1 May.

thanks for picking that one up for me

Thanks, Evan. I knew it was on this weekend but the link’s grand. AND the day. I had some idea it was all weekend.

For those not heading out of town, Salacious Sundays is on Sunday afternoon in Downer. Live, original music in an uber-relaxed setting. More here: http://canberramusiciansclub.org.au/html/events.html

The Canberra Tour cycling stage race is on over the weekend: http://canberratour.org.au/
If you are interested in road bike racing come out and have a look.
If you are thinking of driving anywhere near Stromlo, Uriarra, Cotter, Tidbinbilla or Tharwa over the weekend be ready for some short delays as 300-odd riders in various groups pass through. Please be considerate 🙂

If you want to see a true Punk Rock great, Hugh Cornwall of The Stranglers, plays teh ANU bar tonight. Look out for the elderly Pom pogoing at the front.

The show will feature two sets – the first will feature a collection of Stranglers hits and classic solo material, with the second featuring The Stranglers seminal debut album ‘Rattus Norvegicus IV’ being performed in its entirety for the first time in Australia”

“Cornwell is one of the UK’s finest songwriting talents and accomplished live performers – the original guitarist, singer and main songwriter in the Stranglers, Hugh enjoyed massive UK and European success with ten hit albums and 32 top forty singles, etching himself into the UK’s musical psyche with songs such as Peaches, No More Heroes, Golden Brown, Always the Sun, Grip, Nice N Sleazy, Duchess and No Mercy, all of which will be performed on this tour.”

“One of the biggest hits, Golden Brown’, saw renewed popularity when it was featured in Guy Ritchie’s 2000 blockbuster, ‘Snatch’, as did ‘Peaches’ being the opening sequence In full for the classic ‘Sexy Beast’.”

chewy14 - 8 minutes ago
Acton, The IPO was $1.5 a share, so the vast majority of shareholders have still made money as not that many shares have turn... View
Public Sector 55

kenbehrens - 15 hours ago
That makes no sense. Your comparisons are 20-25 years apart. The "new" bus route takes longer because it services a bigger ar... View
bj_ACT - 16 hours ago
Not sure about the adding 10 minutes to the 333 journey by changing to go past College St and UC. The change Only added 1.2km... View
michael quirk - 21 hours ago
Yes,but it is by no means certain that light rail stimulates urban redevelopment more than BRT. Much depends on design of the... View
News 1

@the_riotact @The_RiotACT
There's more to hosting global #sporting events than stumping up cash to the organising body - you also need #venues which, as Tim Gavel notes, is also a problem for the ACT https://t.co/1ivTV1rHfA (1 hour ago)