Do you know this man? 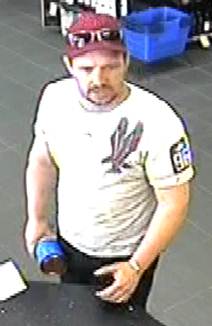 ACT Policing is investigating an incident of a stolen credit card that was used around the Duffy and Curtin area on Friday 31 October.

ACT Policing were notified of the stolen credit card on Monday 3 November after the owner was told the card had been used fraudulently at a number of shops including Hoyts Kiosk, Duffy grocery store and post shop, The Statesman Hotel bottle shop (Curtin) and Urban Cellars (Curtin).

CCTV footage obtained by ACT Policing showed a man using the card at the location and time it was reported missing.

The man was described as Caucasian, wearing a light coloured t-shirt, with an eagle printed on the top left of the shirt, maroon hat, sunglasses on his hat, black ¾ pants and dark shoes.

Police are urging anyone who can identify the man or has any information that could assist police to contact Crime Stoppers on 1800 333 000, or via https://act.crimestoppers.com.au. Information can be provided anonymously.

Andrew Brettargh - 20 minutes ago
Multi story and solar panel the top.. pays for itself.. View
Tom Adam - 3 hours ago
Why won’t they make it multi storey, instead of stealing parklands?? Not a wise investment.... View
Steve Herczeg - 7 hours ago
I've always wondered why there's a statue to celebrate single mothers at the top of the street. View
Property 36

Elroy Jones - 41 minutes ago
If you'd like to live in a rural setting then perhaps consider moving away from the city. View
Property 5