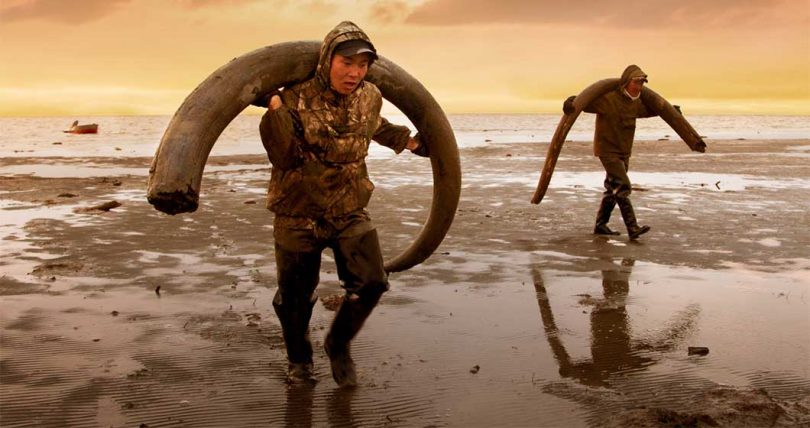 Back for its fifth year, Stronger Than Fiction is stronger than ever. Canberra’s own homegrown documentary film festival has gone from strength to strength since its humble beginning and will bring true stories from across the globe to Palace Electric for four days between August 2 – August 5.

With 13 different offerings this time out, there is a real wealth of both quality and quantity to devour across the four days of the festival. The festival will be bookended by two special events to celebrate opening and closing nights, and also include a special Q+A with Australian director Catherine Scott following the screening of her documentary Backtrack Boys.

The wealth of content on display, and the origins of the featured documentaries, throws up cultural showcases from across the world: France, USA, Australia, Switzerland, as well as some interesting co-productions involving Sri Lanka, Finland, Sweden, Canada, Denmark, Germany, Brazil, Romania, Czech Republic, Bulgaria, Lebanon and Syria.

This Thursday, Opening Night presents a special gala screening of French documentary Speak Up which follows French university students as they prepare for the annual Eloquentia public speaking contest. The French have a penchant for producing inspiring youth-driven films/documentaries à la The Class and Être et Avoir and this looks to be no exception. Arrivals from 6:30 pm with screening scheduled for 7 pm. Thanks to the solid slew of local sponsors on board this year, enjoy a post-film party with some tasty treats courtesy of Ainslie IGA, along with a selection of Eden Road Wines and Capital Brewing Co. beers. Tickets are $45/$40 for non-members/members respectively.

Friday night’s screening of Backtrack Boys will give audiences the chance to pick the brain of director Catherine Scott in a special Q+A following the screening. Her latest feature finds three Aussie boys just outside Armidale enrolled in a groundbreaking program designed to help keep youths on the straight and narrow. Zack, Russel and Alfie – under the watchful guidance and tutelage of Bernie – travel across regional Australia as part of crack-team of dog-jumpers. Fresh from winning the Audience Award at the Sydney Film Festival, it screens at 8:30 pm.

Two more Q+As will accompany screenings of What Walaa Wants (Saturday at 6:30 pm) and Island of the Hungry Ghosts (Sunday at 3 pm). As part of a special presentation from the High Commission of Canada, director Christy Garland will be on hand for a Q+A following Canada/Denmark co-production What Walaa Wants about a Palestinian youth and her quest to join the police force. Three-way Australian/Danish/British co-production Island of the Hungry Ghosts – Winner of Best Documentary at the Tribeca Film Festival 2018 – is a captivating and experimental meditation on asylum seekers, a trauma therapist named Poh Lin, Christmas Island and its famous migration of red crabs. Both Poh Lin and debut director Gabrielle Brady – who studied at the International School of Film and Television in Cuba – will be part of a Q+A directly after the screening.

Look out for Minding the Gap – a multiple award-winning portrayal of adolescent masculinity centered around a group of skateboarding buddies; and Of Fathers and Sons which is sure to stoke debate in its challenging observation of a Syrian Jihadi’s family life – in particular, the upbringing of his sons. Winner of the Grand Jury Prize, Sundance Film Festival, 2018.

Closing Night rounds out the festival with an intimate portrait of the life and work of a man who really needs no introduction: Ian McKellen. In McKellen: Playing the Part, the legend of screen and stage, and of unmistakably iconic roles such as Gandalf, Magneto, King Lear, and Richard III, among countless others, regales us with tales of his personal and professional life. To close the festival right, festivities will commence at 6:15 pm with delicious treats, Eden Road wines and Capital Brewing Co. beers. Tickets are $35/$30 for non-members/members respectively.

Kevin Stockton - 3 hours ago
Imants Ezergailis haha...let the keyboard warriors complain - the truth hurts View
Jackie Fuller - 4 hours ago
Andrew Dudley how do you figure that out 🤦‍♂️... View
Imants Ezergailis - 5 hours ago
Mike Mayfield : No! The Aussie way has always been to try to use humour to help ease tensions in a tight spot. It may not be... View
Sport 8

Benny Franc - 9 hours ago
This thing looks purpose built to be used as an onshore processing facility like all the motels in Darwin View
Ngaire Breen - 10 hours ago
When I first saw it I thought it was a detention centre! However all the visiting kids, teachers and coach drivers I've spoke... View
Bri Travalos - 18 hours ago
Meegan Ward grey nomads predominantly camp in free camps mate 😂 View
News 14

Pandy - 11 hours ago
The 2003 fires burnt out 90% of the Park. It regrew. 17 years of growth and leaf litter. Nothing to do with climate change. I... View
Carly Farrell Wood - 18 hours ago
Vic Wowk this is what I was trying to find about the 2003 bushfires View
Kirsty Luckie - 19 hours ago
Jenelle Balch too true. View
Community 2

Marion Baney - 21 hours ago
Helaine Freeman we need to take mum and dad out too see these. Lol... View
Stephanie Dodds - 22 hours ago
Brodie Gibson - has Hannah seen these yet? View
News 125

Ian Gay - 22 hours ago
Jennifer Crawford we are everywhere! Join us! :-) View
Geoff Briggs - 22 hours ago
So when's the exception come into force when riding a motorcycle? How do two tied laws work for people in one country? View
pete056097 - 1 day ago
There is arguments for and against bicycle helmets. Wearing a helmet should be a personal choice. https://crag.asn.au/the-myt... View
News 21

Ella Lloyd - 24 hours ago
They tried their best to lrotect protect tge the wildlife too! Best hse use indigenous knowledge via indigenous rangers to co... View
News 17

The ACT Government is being urged to boost public transport services and staffing to meet extra demand caused by thousands...
News 88

@The_RiotACT @The_RiotACT
The Brumbies' season kicks off in Canberra this Friday and there’s much to like about the side’s approach both on and off the field as they strive to be a team the national capital can be proud of, writes Tim Gavel https://t.co/2zOVcP09DX (3 hours ago)