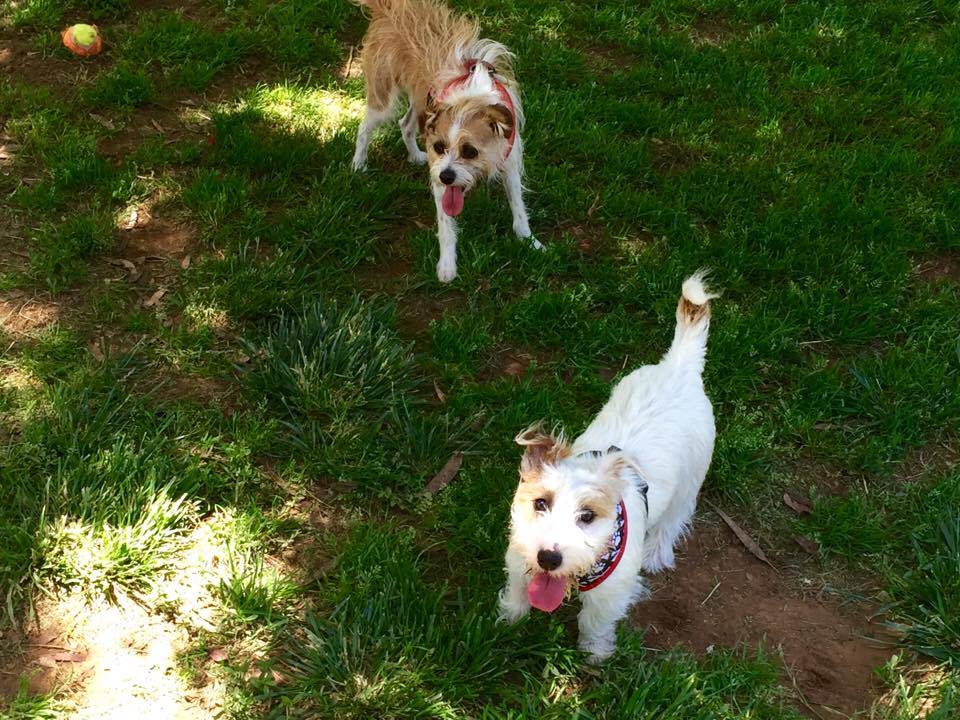 Canberra’s playgrounds for dogs are to be upgraded with dog owners putting better infrastructure, lighting, seating and water facilities on the ACT Government’s ‘to do’ list.

The city’s dog owners only have until this Friday to have their say on how $200,000 in funding should best be spent on Canberra’s six dog parks but many have already put forward their views through face-to-face consultations.

The aim is to enhance the comfort and safety of the six dog parks which appear to be a source of fun and community for dog owners as much as for their “fur babies”.

Project Officer for Transport Canberra and City Services, Jason Hunter, said the main focus of dog owners’ feedback to date has been on spending the funding on infrastructure and things like seating, the entrance to parks and the general amenity of the park.

“Landscaping was a big question and also the facilities in terms of watering, water bowls for dogs, taps and those sorts of things,” Mr Hunter said in an ACT Government video on the topic.

Canberra has six dog parks where dogs are allowed to be let off their leads to run and play. The parks are of varying standards and are located at Belconnen, Tuggeranong, Forde, Yarralumla, O’Connor and Casey.

“Our off-leash dog parks are amongst Canberra’s favourite community assets, providing people with a purpose-built facility to socialise their dogs and burn some energy,” ACT Transport and City Services Minister Meegan Fitzharris said.

“The Government has committed to further improving the six sites, with park users encouraged to share their ideas on where funding might best be spent.”

Dog owner Roberta Manley of Spence has been using the Belconnen dog park since she acquired her dog Lilly at the start of last year.

“It also means a lot to my little dog who was an RSPCA intervention dog and was abused. It brought her right out of her shell because she was absolutely terrified of everything.

“The dog park changed her outlook on life. Every time we go there she is so excited.” 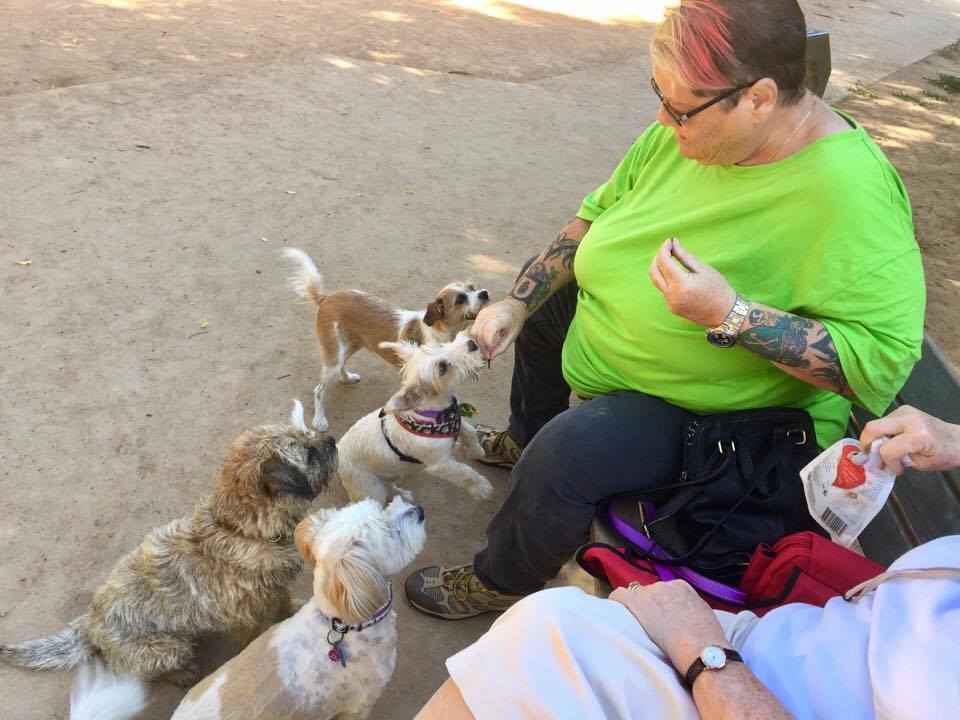 Ms Manley and Lilly use the section of the Belconnen dog park for smaller dogs, elderly dogs and puppies. Top on her list for improvements to the park are more secure gates because she says they don’t always close properly when people leave.

“We also need more seating because there are only two seats and, when you get a lot of people there, then there’s nowhere to sit,” she said.

Lisa Best of Palmerston and her dog Georgie have been using the dog park for six months and see it as a great place for building friendships between humans as well as dogs. Ms Best met Ms Manley through the dog park and they are part of a ‘doggie Messenger group’.

“I’ve never laughed so much that I can remember since I went to the dog park,” she said. “You end up doing life with the people.” 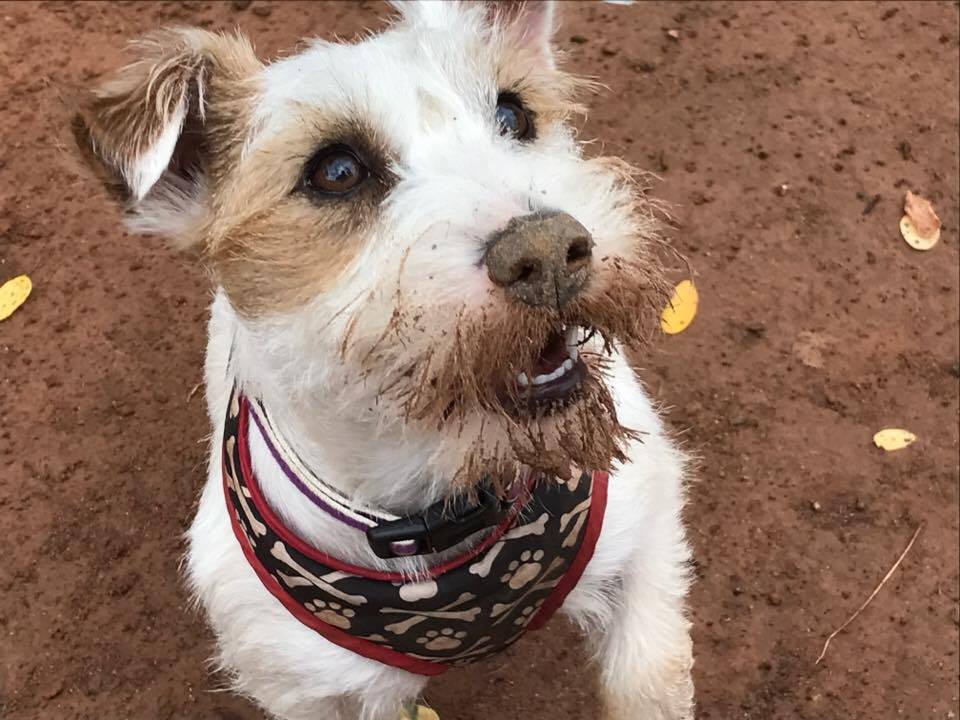 Ms Best said the Belconnen dog park was also a safe place for her dog Georgie to meet other dogs.

“It’s a great place to socialise your dogs,” she said.

Both Ms Best and Ms Manley hope that improvements will be made to the Belconnen dog park but also believe that some of the city’s other dog parks need far more work – particularly those without toilets or shade.

Anyone who would like to have their say on how Canberra’s dog parks could be improved is urged to go to www.yoursay.act.gov.au/improving-your-local-dog-park where you can provide feedback and complete an online survey. The consultation period closes this Friday, May 19. 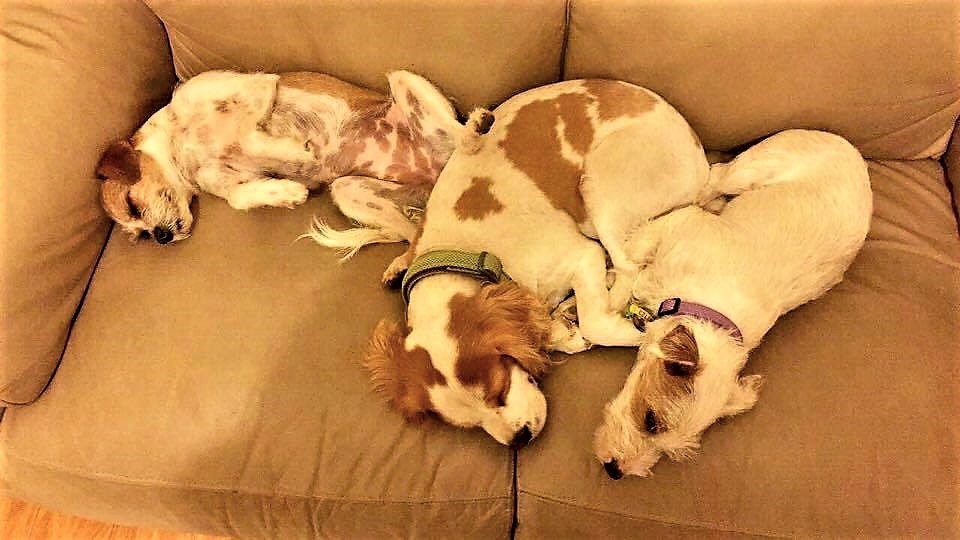 Photos (from top to bottom): Lilly (left) and Georgie at Belconnen dog park. Roberta Manley feeding a treat to Georgie while the other dogs wait their turn. Georgie at the dog park. Lilly, River Girl and Georgie sleeping after a day at the dog back. First three photos by Lisa Best and last photo by Danielle Best.

Do you use Canberra’s dog parks? Let us know about your experiences in the comments below.

@GarryB – Dog parks provide a much easier exercise area for many owners. The parks are fully fenced so you don’t need to worry about something unexpected startling or exciting your dog and having it run off into traffic. I also leash my dog if there are other people nearby – he is well trained but I know it makes some people nervous to see large dogs off leash and they are community spaces.

I actually don’t want to see too much seating in the parks – it encourages the people who see dog parks as a completely hands-off way to exercise their dog – come in, sit down and ignore the dog harassing other dogs and people, crapping and being a general nuisance.
I would like to see improved ground cover – grass will die but there has to be something better than rocks and dirt!

@The_RiotACT @The_RiotACT
If the ACT had a cycling master plan, Tim Gavel says many complaints about cyclists would be resolved (and everyone would be safer) https://t.co/baLogC2TNY (32 minutes ago)