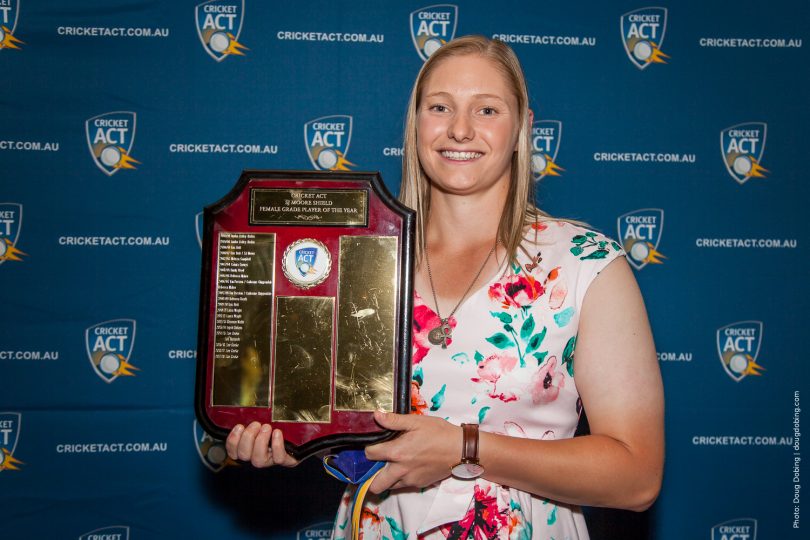 Cricket ACT star Zoe Cooke has signed a one-year contract with the ACT Meteors after another dominant season in ACT women’s premier cricket.

The Meteors are in search of their first WNCL win and have called on the all-rounder to bolster their squad.

The Western District – UC star has been one of the standout players in the local women’s premier competition and has won the SJ Moore medal as Cricket ACT’s women’s player of the year the last four years.

In a masterstroke, Cooke blasted 98 from 73 balls to guide her side to glory.

Meteors coach James Allsopp said that Cooke earned her contract through her dominance of local cricket.

“Zoe has dominated female cricket within the ACT over the last two seasons and has been fittingly rewarded with an Abode Hotels ACT Meteors contract,” he said.

“She represented the Meteors a number of years ago when she was much younger and comes back into the squad with far more desire, maturity and understanding of her own game, which will ensure she gives herself every chance of succeeding at a national level.”

“We are very excited about the value she will add to the squad and we will watch with great interest to see how hard she is willing to push herself during the pre-season.”

The 22-year-old held an ACT Meteors rookie contract as a 17-year old and was also selected in the 2013-14 Australian Under-18’s talent squad.