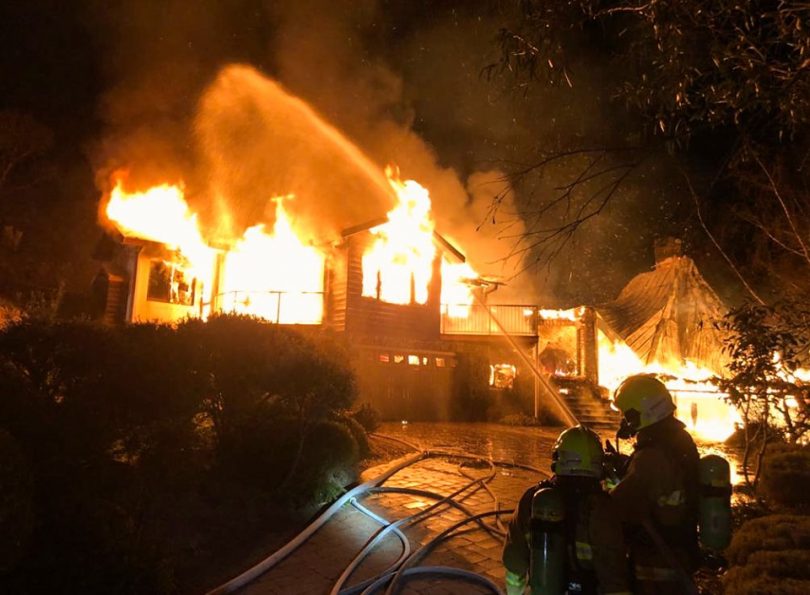 Fire investigators are working to determine the cause of a dramatic and devastating house fire east of Jindabyne.

Rural Fire Service crews from Berridale, Kalkite, Jindabyne East, Jindabyne and Wollondibby responded to the emergency on Geikle Creek Road just after 7 pm on Wednesday night. Fire and Rescue NSW from Jindabyne, Thredbo, and Cooma also attended a combined effort that stopped the fire from spreading to bushland and other properties, but sadly the intensity of the fire destroyed the home.

All people inside the home at the time escaped without injury. 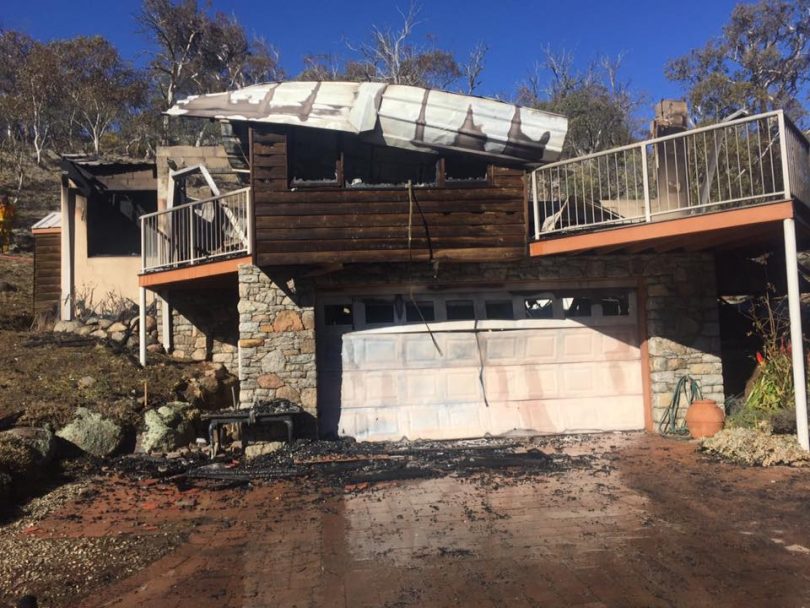 Fire investigators are working to determine the cause of the fire. Photo: Monaro RFS Facebook.

“Firefighters were able to use a swimming pool at the home, and without a hydrant close to the home, some crews assisted in water catering,” an RFS spokesperson says.

“They did get some high winds which presented a challenge as crews tried to extinguish the fire.

“Crews worked to midnight and then returned Thursday morning to attend to hot spots that had flared up.” 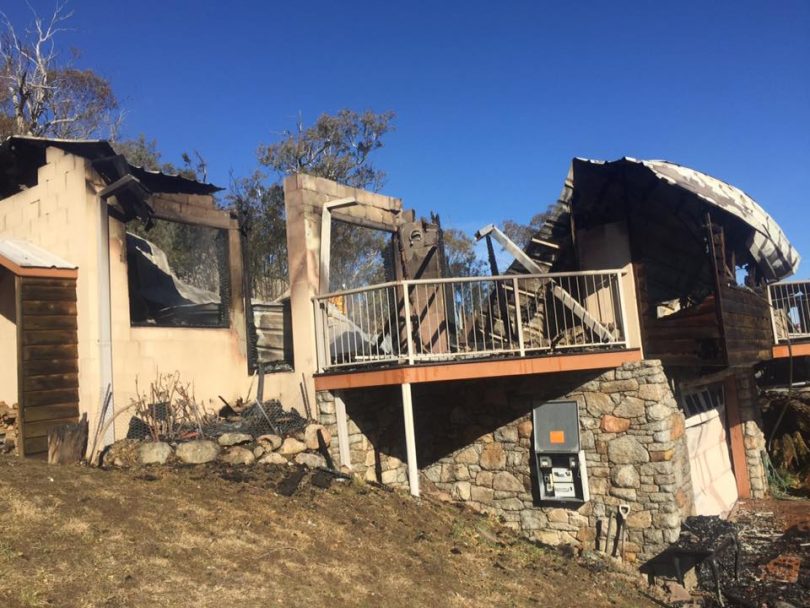 Everyone inside the home at the time escaped. Photo: Monaro RFS Facebook.

The house fire was the second incident local fireries responded to on Wednesday night with a fault in an electricity substation on Reedys Cutting Road in Jindabyne also catching alight.

“Being prepared for anything, with multiple incidents at the one time, local resources were able to mobilise, communicate and adapt to the dynamic situation,” a spokesperson for Fire and Rescue Jindabyne says.

There is no sense the cause of the fire is suspicious at this stage but investigations are ongoing.

whatwik - 55 minutes ago
"And when these materials do arrive, they have been going missing from job sites, builders told Region Media" When our renova... View
News 10

Daniel O'Connell - 1 hour ago
Greater costs for electricity to follow, just like the rises currently being arranged due to 100 percent renewables. View
Capital Retro - 4 hours ago
Bill Gates is the world's richest virtue signaler: https://www.cnbc.com/2021/02/14/bill-gates-on-his-carbon-footprint.html Li... View
HiddenDragon - 16 hours ago
Some cautionary words here about the limits of battery technology - https://www.abc.net.au/news/2021-02-16/bill-gates-zero-em... View
Property 1