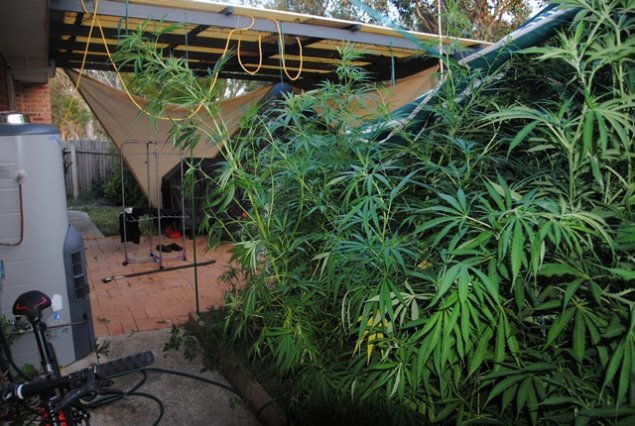 ACT Policing has just released the following information and photographs regarding a drug bust in Calwell today.

ACT Policing officers from Tuggeranong Patrol seized up to 85 cannabis plants in various stages of cultivation from a Calwell residence during the execution of a search warrant this morning (Friday, February 20).

During the search, police located up to 85 cannabis plants, ranging from seedlings to fully mature plants, growing in the backyard of the home, with a watering system connected to the house and sun protection.

During a further search of the premises, police also located and seized a quantity of methamphetamine, drug paraphernalia, and a quantity of cash suspected to be the proceeds of crime.

Two 20-year-old women and a 24-year-old man will be summonsed to appear in the ACT Magistrates Court at a later date on charges of cultivating and possessing cannabis, plus further drug charges.

ACT Policing urges anyone with information about the distribution, manufacture or sale of illicit drugs in the community to contact Crime Stoppers on 1800 333 000, or via www.act.crimestoppers.com.au. Information can be provided anonymously. 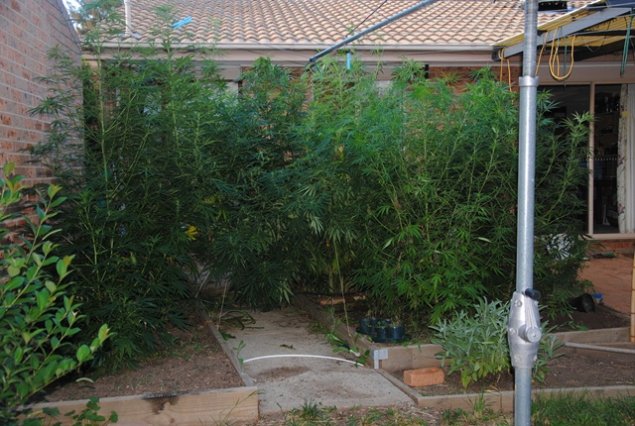 Ah, no. The gateway theory is just that, a theory. There is a lack of evidence whatsoever to back it up. While you are busy googling that, have a look for Hume’s theory of causation.

What is your point? Everyone who has killed someone while drink driving started with drinking alcohol.

That looks an awful lot like the little townhouse I lived in 15 years ago!

I live around the corner from these lovely people. Such a shame. The whole street was soooo peaceful and trouble free – they just shared a baggie or two every couple of weeks with the neighbourhood and no one was willing to dob them in.

If only we all lived, cared, shared and loved together in harmony with this wonderful natural/organic/medically beneficial herb

(this post may or may not be factually accurate… )

Michael Drew - 34 minutes ago
This may be problematic from an insurance perspective especially if lifelong head injuries were sustained in an accident with... View
Edna Brooke Jessop - 2 hours ago
Actually Gareth, being pregnant doesn't mean you are above the law, you need a medical certificate to not get fined. View
Morris Reinbear - 2 hours ago
That'd be other Australians except those in Victoria, Western Australia, South Australia snd Queensland. Silly sausage!... View
News 47