Earthquake and aftershock in Canberra region 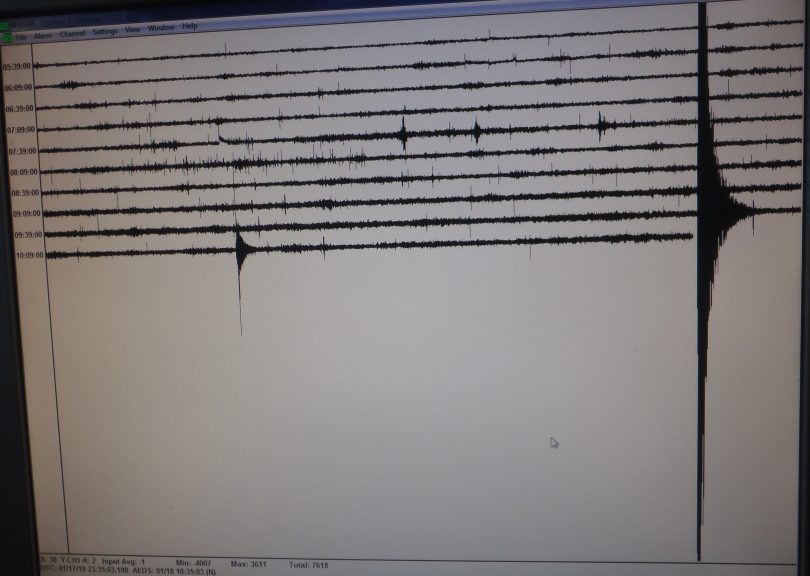 A minor earthquake has shaken some parts of Canberra this morning. Geoscience Australia has registered a 3.1 magnitude earthquake has been in the Canberra region at a depth of 10km. The main shock appears to have occurred at 10:05 am.

Earthquake scientist Marion Leiba observed the quake and an aftershock on her home seismograph in Kambah and says “it was a beauty”. She noted a mild aftershock around 12 minutes after the main event, at 10.17 and says it had a 1.5 magnitude.

Geoscience Australia has pinpointed the epicentre of the main quake at Sutton but positioned the aftershock closer to Gundaroo. Marion says the epicentres of each shock were probably only a few kilometres apart. “The aftershock would be big enough to feel if you were right over the top of it, but probably didn’t happen under a populated area”, she said.

The tremor was immediately noticed by earthquake watchers and locals on social media: @TimKofCanberra posting from Amaroo said “WHOA! What the hell was that? Felt like a Tremor?”, although @duckbytheoboe said “Apparently Canberra just had a bit of an earthquake. Didn’t make much of an impression in the basement of APH”. 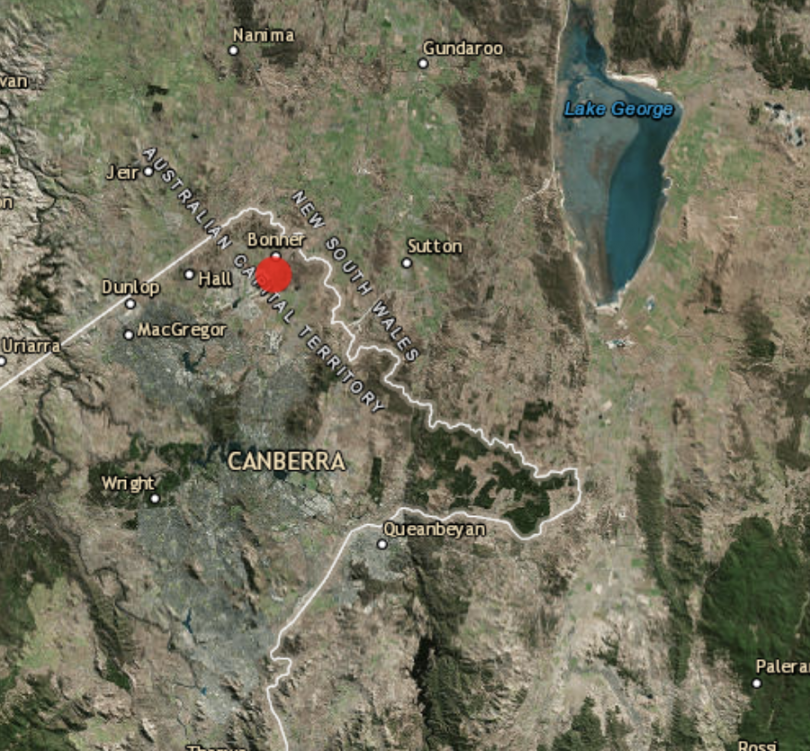 Geoscience Australia reports the quake occurred at 10.05am. Image: GA

Geoscience Australia had received around 200 “felt reports” in the half hour after the tremor and encourages citizen scientists to log what they felt and where. The GeoScience Australia twitter account asks “Did you feel the Earth move this morning in the northern suburbs of Canberra? At approximately 10:05 am AEDT there was a magnitude 3.1 earthquake near Forde. We have already received almost 200 felt reports. You can complete a felt report online at http://bit.ly/2Dhof7K #eqaus”

Ms Leiba, who is also the author of Earthquakes in the Canberra region, a Geoscience Australia booklet, says there is a belt of seismic activity in southeastern Australia about 500 kilometres wide, running from the Hunter Valley area in the north through to Bass Strait in the south.

“Canberra, Snowy Mountains, Dalton, Gunning and so on are all part of that wide belt of earthquakes,” Ms Leiba says. Dalton is probably the most active spot on the belt, and a reasonably-sized earthquake at Dalton, one measuring 4 for example, will be felt in the Canberra area.

“Even Murrumbateman is more seismically active than Canberra, though we do get them in Canberra,” Ms Leiba says. “If you think of an area centred on Canberra GPO with a radius of 20 kilometres, you get on average one or two earthquakes a year”.

Did you feel the earthquake or the aftershock?

I remember a quake, not originating in Canberra but I believe somewhere out beyond Crookwell. It arrived in Canberra at about 6am and woke the city up. If you have ever seen the movie Earthquake, it was like the rolling at the beginning of the movie, before the major quake. It woke me up and then I listened to it rolling off into the distance.

My father lived in Crookwell and his bedroom was upstairs. I was told it felt as though someone had hold of the bed and was shaking it.

You really should replace those old ‘drop dunnies that you have in that Office!

We felt it in Franklin. Thought there was an explosion

My father (ACT Fireman deceased) who arrived in Canberra during the 60’s always mentioned a fault line running up through Woden under the Lovett - MLC building. I also noticed an article titled “Which three buildings in Canberra are earthquake resistant?” Dated 21 March 2011...riotact

I wonder where we are today with all our buildings & earth quake resistance? #curious

I am so pleased i did not experience the above -back in 1961 i experienced 2 minor quakes in Sydney -scared the living daylights out of me -and-on 1 occasion my sister experienced a quake in Adelaide and could not get out of the place quick enough -very and feels so unnatural indeed !!

Felt it in Melba

Felt it in Franklin. Shook the apartment building and there was a loud bang!

Was felt in Forde

Felt it in Coombs too.

Felt and heard it in Ainslie - a jolt and loud noise

Sounded like an explosion. The after shock came a few minutes later and also gave me a fright.

Didn't feel anything in Kambah

Just felt a single jolt but it startled me

Felt and heard it in Ainslie.

Snowy Grammar students at the epicentre of Berridale earthquake

@The_RiotACT @The_RiotACT
Van Gogh has proven once again to be an unbeatable crowd-pleaser in Canberra. And some young local artists were even inspired to create their own Sunflower-inspired masterpieces https://t.co/pdFL3jtLXi (53 minutes ago)