Eastman retrial to go ahead from July 2017 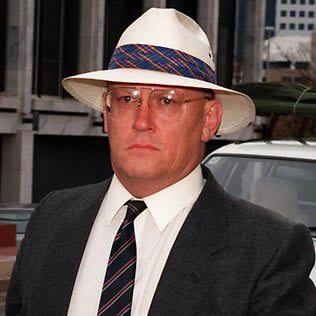 The ACT Court of Appeal has thrown out Eastman’s most recent appeal and a new trial is scheduled to start in July next year.

The former public servant had served 19 years in prison after being convicted in 1995 for the murder of Winchester. He was sentenced to life imprisonment without parole after being found guilty of shooting Winchester twice in the head at point blank range in the driveway of Winchester’s home in Deakin on January 10, 1989.

In 2014, a judicial inquiry recommended the sentence should be quashed and Eastman pardoned due to a “substantial miscarriage of justice”, with Justice Brian Ross Martin arguing forensic evidence on which the conviction was based was “deeply flawed”. Eastman was freed.

On August 22 of that year, the Supreme Court ordered a retrial despite Justice Martin’s view that a retrial would be unfair and unfeasible.

The ACT Government allocated more than $5 million for the retrial of Eastman and related proceedings in 2016-17 according to the ACT Budget papers.

For the Justice and Community Safety Directorate’s expenses in relation to the retrial a total of $3,371,000 was allocated, to be divided between ACT Courts costs and those of the Director of Public Prosecutions.

The Budget allocated $1,707,000 for the Legal Aid Commission to cover its expenses in relation to the matter.

At about 9.15pm on 10 January 1989 Assistant Commissioner Winchester was shot in the head twice as he was getting out of his car having returned home from a visit to his brother. Eastman was an early suspect since, as was widely known, he was angry with Winchester and the AFP over perceived mistreatment. He was unsuccessfully seeking to get the police to drop assault charges — arising out of an incident with his neighbour, Mr Russo, in December 1987 — which he thought posed a serious obstacle to his re-entry into the Commonwealth Public Service.

So Eastman shoots Winchester. Really? Over his re-entry into the Commonwealth Public Service!

……the cost of a new trial cannot be justified in these days of financial stringency and budget deficits.

What “financial stringency” ?? Up to $14b est. for the Tram network and $1.7b for Tram stage 1 ? What about all the election promises by ACT Labor/Greens/Lib’s. More billions of $ in those. And what about the pay rise from $2 per vote to $8 per vote that ACT Labor/Lib’s voted themselves. That cost millions of ratepayers $. And many, many more millions of $ pa on the new MLAs and associated staffers. What “financial stringency”, exactly ? Its a spend-a-thon !!

And what territory budget deficit ? Despite warnings pre and post the recent election about the state of the Territory’s budget, I don’t think voters/ratepayers in Canberra really give two hoots about that anyway,

Canberra seems to be in an alternate universe – much disconnected from the rest of the country.

I have no brief for Eastman. He was a serial pest who caused us no end of trouble at The Tower Restaurant, but he has done his time and seems to have blended back into the community since being released with no problems being recorded.

Remember that the new trial will start in July 2017, almost 30 years after the shooting. Many of the witnesses have passed on, much of the evidence and exhibits were corrupted during the uncertain period in the transition to self government and the chain of command at the AFP being complicated by the demarcation between the Feds and ACT Policing, and the cost of a new trial cannot be justified in these days of financial stringency and budget deficits.

The whole issue has been put to bed, people have moved on and it should now be just an exhibit in the Canberra Museum and Gallery.

Well if anyone didn’t recognise the name in my comment on the list of famous Canberrans last week, this is who I meant. And I know exactly where I was when I heard Colin Winchester had been shot …

Me too. I happened to be in the ABC building on Northbourne.

Well if anyone didn’t recognise the name in my comment on the list of famous Canberrans last week, this is who I meant. And I know exactly where I was when I heard Colin Winchester had been shot …

oh for gawd’s sake. He has done 20 years! Enough already.

Brad Kelly - 1 hour ago
Seriously if they all go the Canberra raiders have depth... yes they will not win a GF and that’s ok 😮 it’s a game ...... View
Maree Hillery - 3 hours ago
Richard Willcoxson pretty soft. Where's their loyalty. View
News 11

Marc Edwards - 1 hour ago
Maybe the Berra Party View
Paul Leins - 1 hour ago
Sure, just bet a former liberal will be a real check to his mates in the liberal party 🙄 View
Michael Ilsley - 2 hours ago
Glad to see him engaged in the community after the tragic loss of his son. View
Community 52

Ian Lindgren - 4 hours ago
Almost every contract in the ACT, and in Australia for that matter, between a recruitment company and a payroll company is a... View
Kevin Hodder - 5 hours ago
How about a crack down on government agencies waisting tax payer funds, View
Guy Noble - 6 hours ago
Rose cleaning might be worth a look if they havnt changed there practices View
Opinion 66

Tanya Pascoe - 5 hours ago
Where I live is growing also, they are building 40 more of our houses on this land View
bj_ACT - 5 hours ago
Yep. Express peak hour buses used to get workers relatively quickly from home to work without too many stops and without havi... View
Kim Sattler - 5 hours ago
Deirdre Russack i feel the same View
Property 33

rossau - 5 hours ago
Julie Macklin, that's a great idea. The point is though, an owner has the option on upgrading on the gounds of comfort, cost... View
Opinion 69

Three hours into getting his beloved town tattooed across his back, Scott Jeffery said the pain overtook the pleasure of...
Opinion 66

It's no secret that I'm a huge fan of this city. Canberra has been my home for the better part...
Property 33

I was driving to work the other morning when an e-scooter rider flew out of a side street in front...
Opinion 66

Three hours into getting his beloved town tattooed across his back, Scott Jeffery said the pain overtook the pleasure of...
Property 33