End of warranty can be start of car worries, warns NRMA 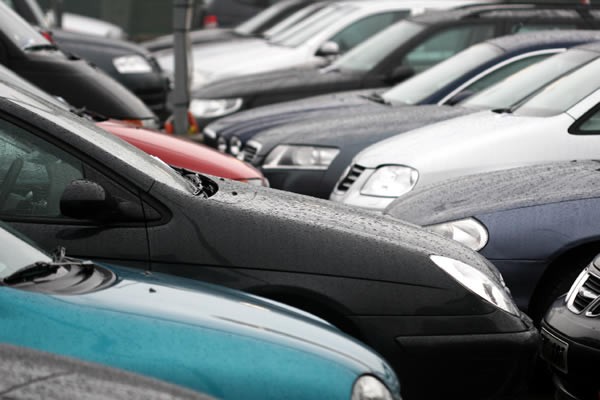 Almost one-in-five (17 per cent) of motorists surveyed by the NRMA experienced mechanical problems with their vehicles after the manufacturer’s warranty had expired, according to the motoring organisation.

The survey of 1,119 NRMA members across NSW and the ACT found that the overwhelming majority of motorists were driving older vehicles, with 79 per cent of respondents driving cars that had expired their manufacturer’s warranty.

Of those, only one quarter (25 per cent) had their vehicles inspected before their warranty period ended, while 17 per cent experienced problems after the warranty ended.

The survey found that 58 per cent of these problems occurred while the motorist was driving the vehicle.

The major post-warranty mechanical problems to occur in vehicles were drivetrain/gearbox (25 per cent), engine (23 per cent) and electrical/battery (22 per cent).

“The average age of Australia’s fleet is older by international standards and while cars are becoming more and more reliable, mechanical problems do still exist,” Mr Mator said.

“Australians tend to hold on to their cars longer than other drivers and there are many benefits to that, especially as vehicles are now built to last. We also have a healthy second-hand market, which means motorists can get a safe and reliable car at an affordable price.”

But he said almost one-in-five of NRMA members had been exposed to mechanical problems outside of the warranty period.

“We know that if these problems aren’t fixed professionally and on budget, they can become a huge financial burden on families,” he said.

“The NRMA also encourages its Members to get a comprehensive vehicle inspection prior to the end of the life of the warranty to ensure that any servicing is covered, helping to reduce the cost for the driver.”

NRMA said it had embarked on an aggressive growth strategy to expand its member services in Car Servicing across NSW and the ACT, with plans to open additional centres this year.

2 Responses to End of warranty can be start of car worries, warns NRMA
Filter
Showing only Website comments

I think the NRMA needs to update their statistics. The average age of a registered car in Australia is 10.1 years, in the US 11.6, and the EU 10.7. Even in Japan, where there are tax laws to encourage you to replace your car often, the average age is now 8.3.

It used to be true that our cars were older but there was this thing called the GFC and people in other countries stopped buying so many new cars.

Dayne Dallinger - 57 minutes ago
Ashleigh Whittaker 1.26 for that, dreaming! View
bj_ACT - 15 hours ago
The ACT Government is releasing less land for housing than at any time since the 1960s. We can’t place all the skyrocketing... View
Community 12

Ruth Sear - 2 hours ago
Why are all these celebrities being allowed into the country when our borders are ‘closed’? View
Sarah Walmsley - 13 hours ago
Neil Roberts for Doris.... Matt Daaaaaaaaammoooooon 😂😘 View
Jo Farrell - 14 hours ago
Tricia Wimpenny did he drop into Quirky Crow ??? View
Property 8

Meg Joy - 3 hours ago
Ooj Rin Agree. And of course the only tenants actually eligible for public housing these days all have complex needs. Why sho... View
Ooj Rin - 3 hours ago
The pressure put on the housing sector isn’t for them to suddenly house handfuls of select people, then problem solved.. It... View
Motoring 34

Julie Macklin - 8 hours ago
Linda Stapleton I rode to work in the rain. I had wet weather gear to wear. Well, I did until into my 50s. Then I began to ta... View
Stephen Harris - 12 hours ago
Julian Hayes thenif it increases their costs but not their profits then they will stop doing what they are doing and do it di... View
Lifestyle 4

Shane McMinn - 12 hours ago
Ché Baker will this get a DVD release at some stage?? View
Food & Wine 3

One in three ACT cars had dangerous tyre or brake issue, says NRMA

New car-sharing platform lets you rent out your car

@The_RiotACT @The_RiotACT
The NCA will be planting more climate-resilient trees as part of a major program to boost the tree canopy on national land https://t.co/79PKyJu2Rb (1 hour ago)