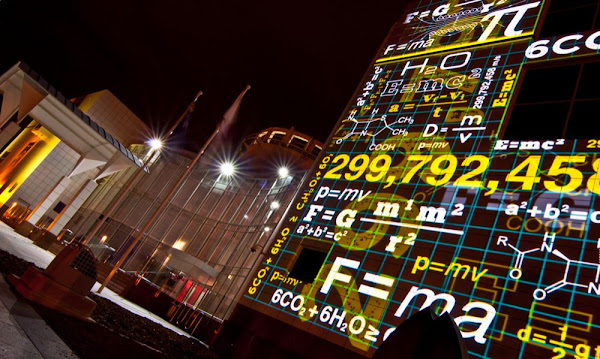 Andrew Barr has announced the launch of this year’s Enlighten festival:

Now in its third year, Enlighten captures the cultural and innovative essence of our city with free and ticketed events from 1 to 9 March. During Canberra’s centenary year the event promises to be more exciting than ever, with the final weekend of Enlighten leading into Canberra’s 100th birthday celebrations on 11 March.

This year the ACT Government has partnered with 15 cultural institutions who will open their doors after-hours to host events and experiences. There will also be stunning architectural projections on our iconic attractions, created by The Electric Canvas in conjunction with local artists, which have become a highlight of Canberra’s entertainment calendar.

There will also be unique experiences such as live performances by the Mirramu Dance Company and performers from the Yirrkala community in Arnhem Land at the National Gallery of Australia; a guided stroll through the magically lit Rainforest Gully at the Australian National Botanic Gardens; an inspirational talk by London bombings survivor Gill Hicks at Parliament House; and Diner en Blanc – a picnic-chic pop up dinner party at a secret location; among many others.

Among the 52 events are some Australian firsts, including Sienta la Cabeza, a whacky hairdressing show direct from Barcelona; jazz in the high-security basement of the Royal Australian Mint; and high-tech street performance Phosphori. The National Gallery of Australia will also open after-hours so visitors can see the Toulouse-Lautrec exhibition.

In the outdoor Enlighten Entertainment Hub within the Parliamentary Triangle, free entertainment will create a festival atmosphere with everything from a spectacular balloon glow and visually stunning roving performers to elaborate cabaret in The Famous Spiegel Garden and a rock-reggae concert by one of Australia’s finest indigenous musicians Bart Willoughby.

Canberra is open till late during Enlighten 2013, and I encourage locals to experience this exciting event, and to invite interstate friends and family to come and enjoy what we have to offer.

Still no word that I can see on the all important lineup for the outdoor Enlighten Entertainment Hub.

Am I missing something with this one: http://enlightencanberra.com.au/portfolio/unconformity-what-lies-beneath-the-corridors-of-power/

“Join a geologist and see a rarity known as an unconformity, a rare rock formation which shows where two rock masses—ten million years apart in age—meet. Preserved in the basement of Parliament House, this fascinating piece of Canberra’s geological history is one of only three known similar formations in Australia.”

$26 a ticket. Looks like they’re trying to turn it into a lazy cash cow, a shame they’ve skimped yet again on the live music.

How sad. I remember before the concrete bunker was constructed kids riding skateboards down the uncomformity around the old flagpole while their parents fired up the coin-operated BBQ nearby.

I always thought everything was bulldozed when NPH was built, including the uncomformity.

Am I missing something with this one: http://enlightencanberra.com.au/portfolio/unconformity-what-lies-beneath-the-corridors-of-power/

“Join a geologist and see a rarity known as an unconformity, a rare rock formation which shows where two rock masses—ten million years apart in age—meet. Preserved in the basement of Parliament House, this fascinating piece of Canberra’s geological history is one of only three known similar formations in Australia.”

$26 a ticket. Looks like they’re trying to turn it into a lazy cash cow, a shame they’ve skimped yet again on the live music.

The major shareholder of Public Bar in Manuka and the founder of Canberra's largest accounting firm, Walter Turnbull, has taken...
News 38