Experts in buying, selling & renting
Your property, your future
27 April 2022 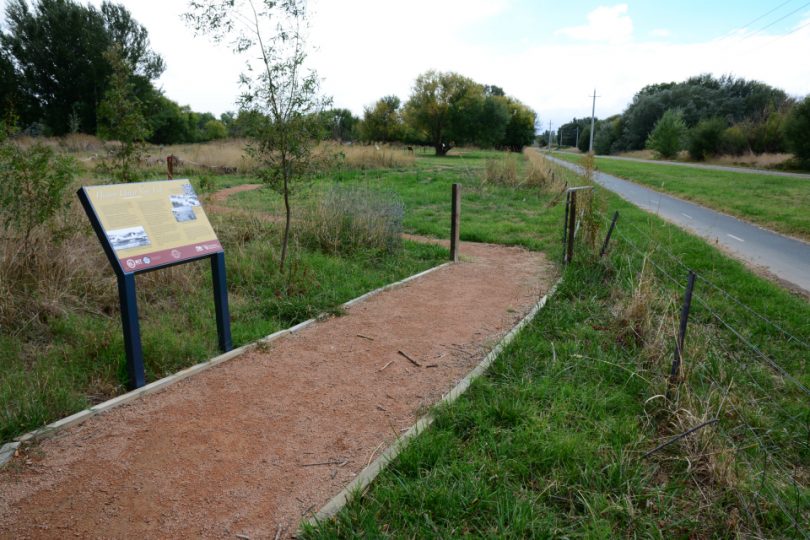 The trenches of No-Man’s Land were among the most hellish scenes of World War I, but a discovery within sight of Parliament House suggests our troops were somewhat prepared.

As part of this year’s Heritage Festival, local environmental scientist, historian and author Mark Butz is revisiting ‘Digging Around in the Trenches’, the story of how he stumbled upon 790 metres of trenches in the Jerrabomberra Wetlands in 2014.

“It’s the story about how we developed the story,” he said.

Now known as the ‘Duntroon Instructional Trench System’ and located in an empty paddock just off Dairy Road in Fyshwick, the area was awash with explosions, shouting and gunfire in 1916 and 1917. 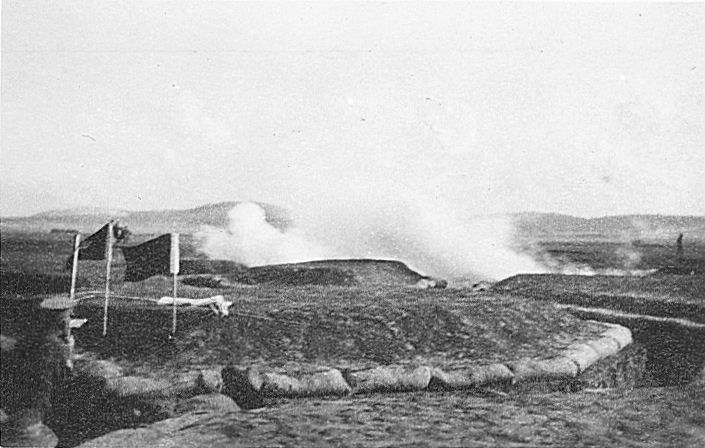 During that time, hundreds of Army officers from across the country participated in trench warfare training. They used grenades, machine guns, mortars, underground tunnels and barbed wire in a model trench system a short distance from the Royal Military College at Duntroon.

It was one of seven such systems across Australia, designed to enable the “practical demonstration of new technologies and scientific warfare” then in use on the Western Front. Duntroon was chiefly for officers who went on to train soldiers in other trenches in Australia.

“It was the national trench system,” Mark said. “It kept getting updated as they received new intelligence from the front.”

But as technology changed, the trenches were abandoned after just two years.

“You had tanks and aircraft able to drop things into trenches. All of these things were not possible when the trenches were first dug.”

The system became little more than a dumping ground for excess dirt from the construction of Parliament House and Monaro Highway until Mark was tasked with pulling together a summary of the Jerrabomberra Wetlands by an ACT Government board of management. 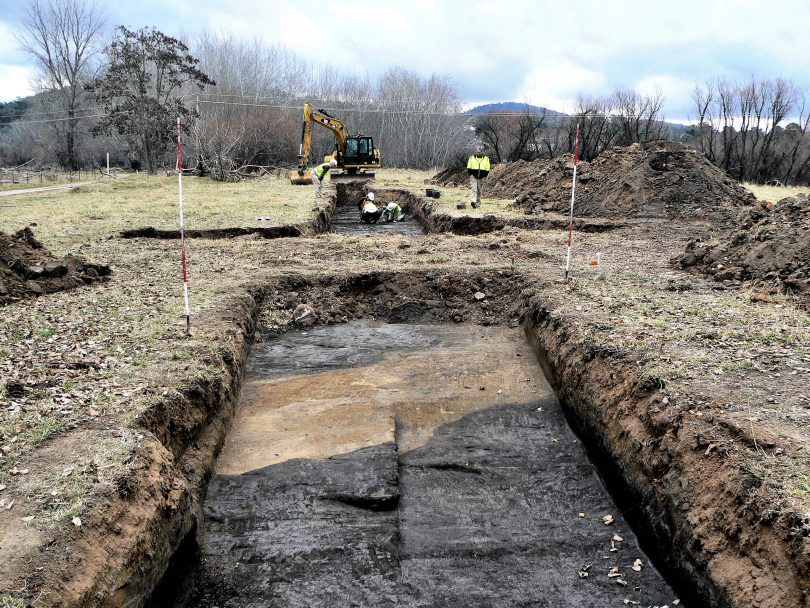 Excavating work on the trenches began in 2015. Photo: Mark Butz.

The creation of Lake Burley Griffin gave rise to the wetlands, and the flow of the Molongolo River changed. The Dairy Road location indicates the existence of a dairy farm at some point, but the rest of the European history behind the nature reserve remained unclear.

But Mark kept digging, until he came across a memoir about the history of the Mugga and Duntroon areas.

“This mentioned that during World War I, there were troops camped opposite the Royal Military College, and they dug trenches there for war training, and these were still visible,” he said.

“I was a little sceptical. I thought maybe the memoir was looking at some of the old flood channels and mistaking them for trenches.” 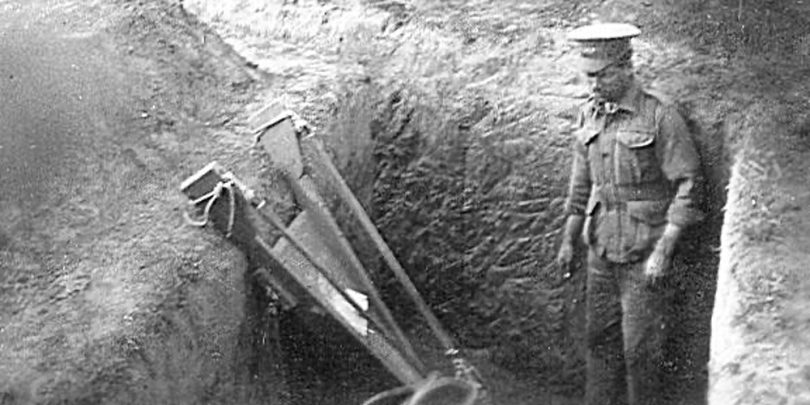 An officer in the Duntroon Instructional Trench System. Photo: Supplied.

“This came as a very big surprise at the time. Nobody was aware of it.”

Even if the trenches existed, some feared they may have filled with soil and been lost forever. But this too was quickly settled.

“The top of them was coated in golden sand, so we knew exactly when we were encountering one.” 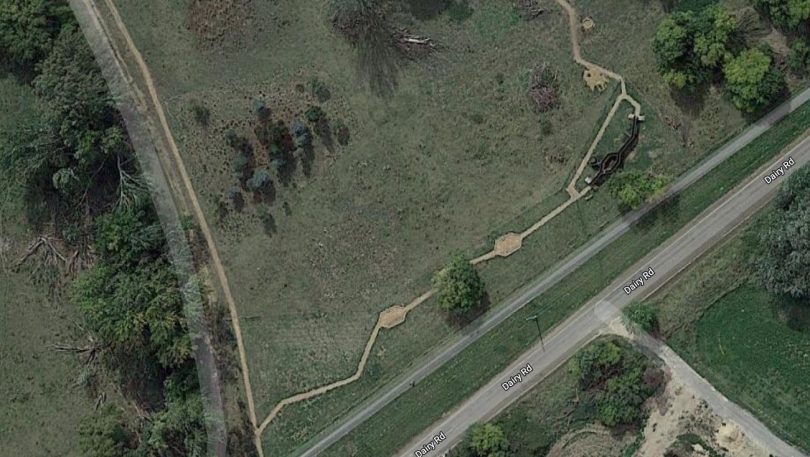 But less than a metre in, the team was forced to down tools.

“The water table is held by the lake much higher now than it was in the past.”

The trenches would flood as fast as they could excavate them, so the team decided to construct an above-ground ‘mock trench’.

“People can go in and get a sense of the size, shape, twists, turns, hidey-holes,” Mark said. “That’s the best way we could give an idea of the size and scale.”

Today, the entry to the ‘Trench Trail’ is about 600 metres’ walk from the reserve car park off Dairy Flat Road, and continues to attract tourists interested in Canberra’s wartime role.

If nothing else, Mark said the Duntroon trenches proved wrong the “all-pervasive idea that we sent our troops over into a total unknown”.

“Every effort was made to have soldiers experience not only a trench system, but also how to attack from a trench, defend a trench, and all with bombs going off in real time and real scale.

“It was about preparedness, and reassurance to the public.”

‘Digging Around in the Trenches’ will be held at the Queanbeyan–Palerang Regional Council Chambers in Bungendore on Sunday, 1 May from 10:30 am to 12 pm. Register online at Eventbrite.

I’ve been lucky enough to visit this area to see where the training trenches were. It’d be great to have them dug out.