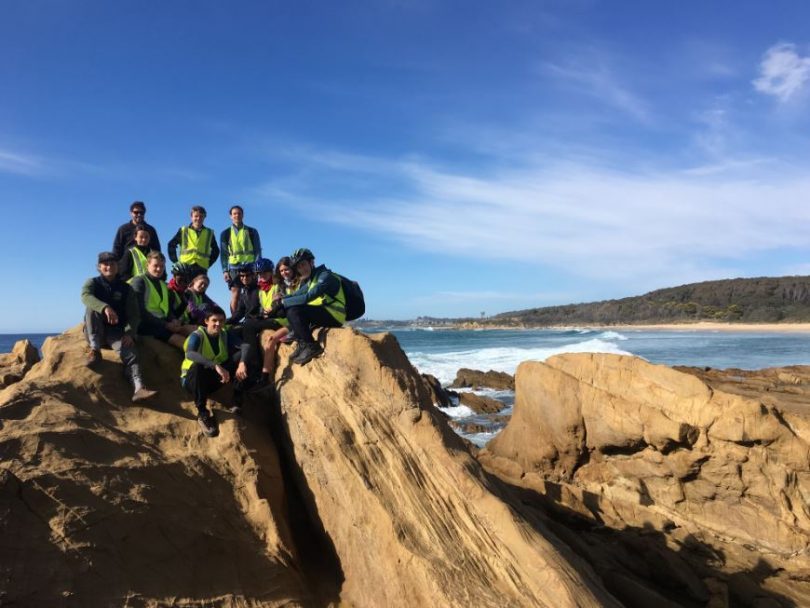 What did you do during the long weekend in the ACT?

Eleven young people from the Bega Valley and Eurobodalla are halfway through a nine-day, 250 km trek from the sea of Dalmeny to the snow of Kosciusko National Park.

The Sea to Snow Journey was established by The Crossing Land Education Centre at Bermagui 10 years ago as an opportunity for Year 9,10, and 11 students to engage with the natural environment.

“When we came to the South Coast 20 years ago the idea of a Sea to Snow Journey was already part of what we hoped to offer young people,” says Annette Turner, from The Crossing.

“Stories of the journeys made by the Yuin People between the coast and alps really fired our imagination.”

Given the dynamic nature of the local environment, this year’s Sea to Snow has been a challenge to map out and plan. 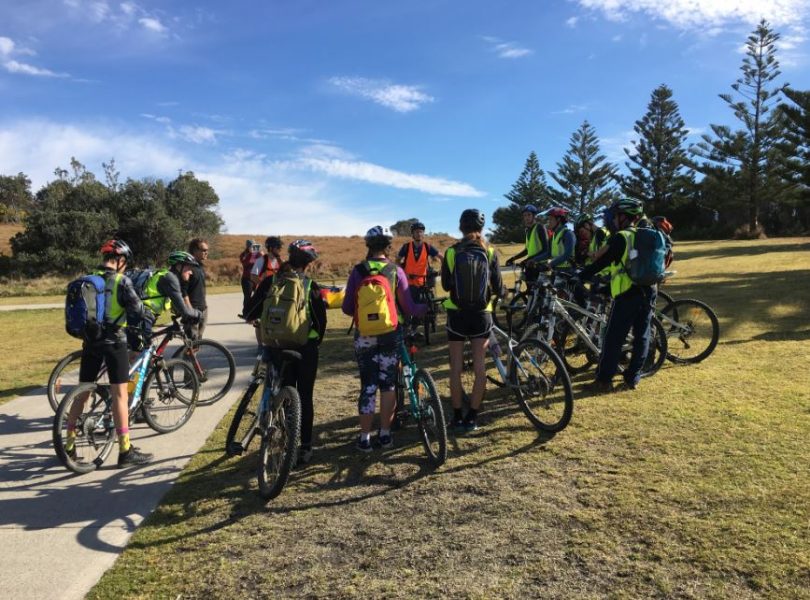 One last pep talk for heading out on the 9 day Sea to Snow Journey. Photo: Ian Campbell.

The 20,000 ha Yankees Gap Fire that has been burning for over five weeks west of Bega has been the biggest challenge, closing the normal route that would have seen the young adventurers leave the banks of the Bermagui River and head west through the Wadbilliga National Park.

“With the support of National Parks Ranger, Paul Brown we developed a new route – actually three over about three days!” Annette says.

“This year’s crew left Duesbury Beach at Dalmeny and will be working hard to get a handle on the new route until it joins the old route at Countengeny on about Day four.

“There is also some rain and snow showers expected that will chase them up the escarpment plus there is plenty of snow in the alps at the end that will provide some further challenges.”

The group will walk, canoe, or mountain bike between 15 and 55 km each day, and are supported by a vehicle but carry much of their own supplies.

While asked to lead themselves in many respects, this group of 15 and 16-year-olds are mentored by specialist outdoor education teachers – Josh Heins, Nic Uren, and Crossing stalwart Dean Turner.

“By the second half of the journey the young people are really in control and make the final decisions about which Kosci peak to summit depending on conditions and safety,” Annette says.

“We end up in the northern end of Kosci, a remote place with plenty of wild places to explore and finish on the Great Divide.” 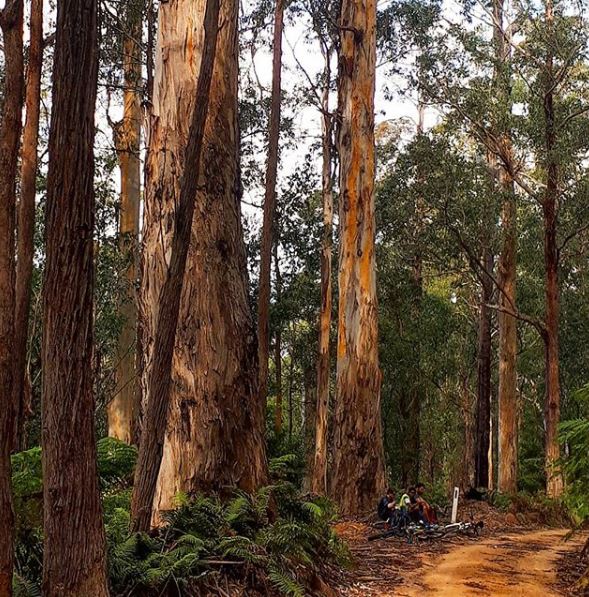 The tall timber of the coastal escarpment. Photo: The Crossing Land Instagram.

Once up and over the coastal escapement, a relationship with High Country farmers deepens the experience.

“This year because of the route change we are being assisted by Craig and Suzie Mitchell at Gaeloch at the top of the escarpment who have even offered our crew showers,” Annette says.

“When staying in their woolsheds past crews have heard the different strategies used to care and regenerate the Monaro. When we go through the Wadbilliga we have also been assisted by Marco Solo at Tralfamador.”

A total of 73 young men and women have participated in the Sea to Snow Journey, each crew experiencing their own unique adventure.

Last year’s party were snowbound for two extra days, while this year’s are pioneering a new route for others to follow in the future.

“There is only one criterion for a successful journey – that the young people ‘make the responsible decision’ in every circumstance,” Annette says.

“Some of the young people also count the journey towards a Duke of Edinburgh Award.

“But we hope young people gain an understanding of the unique landscapes they travel through and how important it is to care for them.

“We also hope they learn techniques for journeying through the wilderness with confidence and gain a solid knowledge of weather and landscapes.

“As well as the steps in cooperative leadership and strategies for effective group communication. And that at the end they form a strong group and friends who share a confidence.

“Personally, I hope the environment gets another crew of ambassadors who will actively care and advocate for it.” 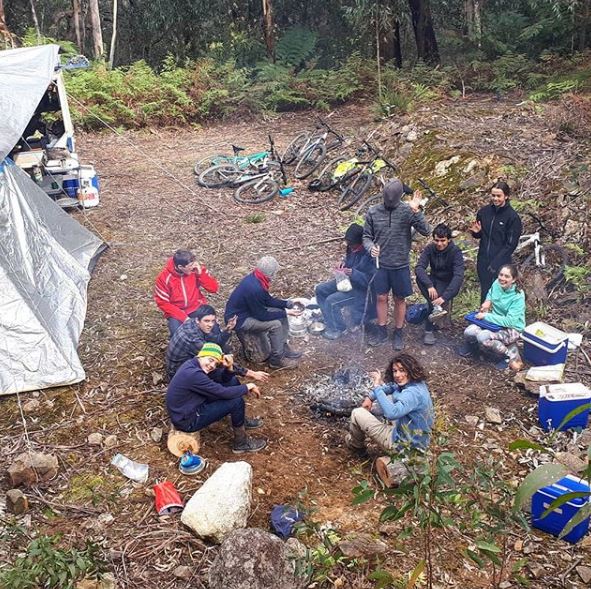 The start on another day in their 250 km trek. Photo: The Crossing Land Instagram.

Some of those have come before the 2018 crew have gone on to trek to Everest Base Camp, build careers as ecologists and policy writers for government, or stand up as activists, or join the Board of The Crossing.

“A couple of years ago we held a reunion and we were pleased to learn that all considered the experience defining in some way,” Annette says.

“Most parents tell us that their young person ‘stands taller’ after the journey.”

The plan at this stage has this band of brave teens finishing in snow on Friday, October 5, but a predicated weather front is pushing them further and faster each day.