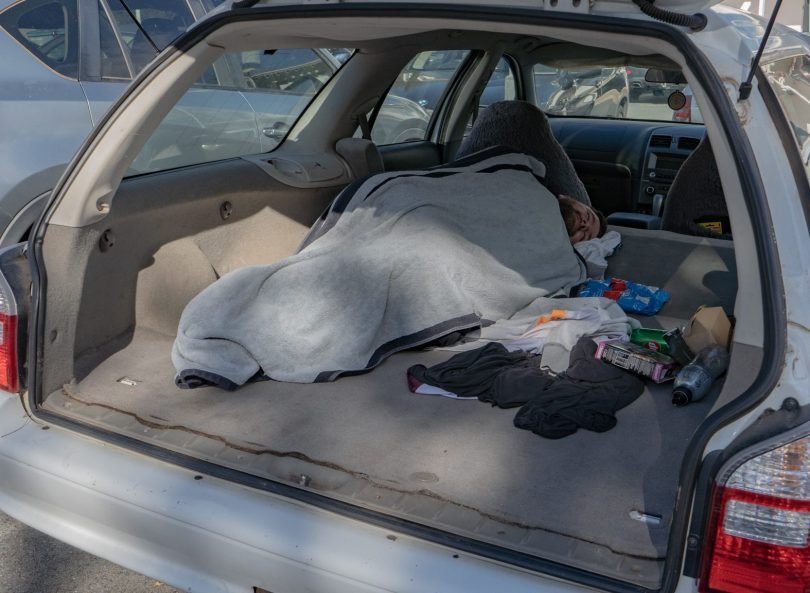 Two in three people who access Canberra Community Law are either homeless or at risk of becoming homeless. Photo: Dominic Giannini.

Just weeks ago, Canberra Community Law (CCL) – the only free legal service in the ACT that specialises in housing, Centrelink and homelessness law – was facing a scenario where it would have had to cut services to 170 vulnerable Canberrans.

During a time when the service is seeing an increase in evictions due to the eviction moratorium coming to an end, CCL was told emergency COVID-19 funding from the Commonwealth would not be renewed.

More than 90 per cent of people who access Canberra Community Law’s services and programs have experienced financial disadvantage, and two in three people are either homeless or at risk of becoming homeless.

More than one-third of clients have disclosed domestic or family violence to the service – which it says is underreported – and 60 per cent have a disability.

CCL executive director and principal solicitor Genevieve Bolton said the organisation would need to reduce its capacity by 20 per cent – or 170 Canberrans struggling with these issues – from 1 July if funding was not secured.

The ACT Government announced it would be stepping in to cover the shortfall just before the end of the 2020-2021 financial year, with further funding set aside in the upcoming ACT Budget that is set to be handed down on 31 August.

CCL originally requested $500,000 from the budget to help support the continuation of its services, but it is not yet known how much has been allocated.

The ACT Justice and Community Safety Directorate will step in and pay the centre’s monthly invoices until the funding comes through.

Ms Bolton welcomed the ACT Government’s funding for the next 12 months, but said it is critical long-term funding is secured so CCL can meet increased demand from the community.

“This is short-term funding in the face of the long-term challenges of COVID-19, a lack of affordable housing and homelessness in the ACT,” she said.

“The demand for our services has skyrocketed as a direct result of the COVID-19 pandemic, and the ending of JobKeeper, COVID-19 payments, the moratorium on Centrelink debt collection, and the eviction moratorium.”

The organisation also called on the Federal Government to bridge the funding gap through the $77 million National Legal Assistant Partnership.

CCL has not received any funding under the partnership, which was established to support the early resolution of legal problems for people experiencing mental illness or domestic violence, as well as health justice initiatives.