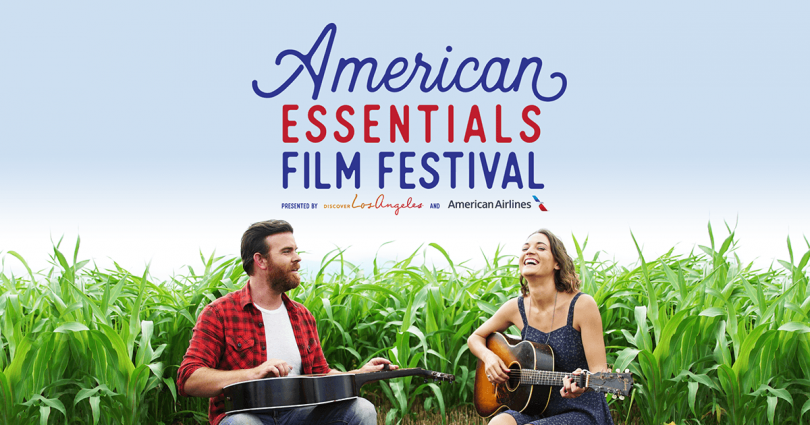 When it comes to film festivals, the nation’s capital is seriously spoilt for choice; Palace Electric, in particular, doing a lot of the heavy lifting. Throughout May in Sydney, Melbourne, Brisbane and Canberra, one of the newer kids on the festival block will celebrate some of the best films on offer from across the Indie circuit, fresh from their festival debuts at Toronto, Sundance, Rotterdam and SXSW.

Only three days after the Spanish Film Festival wraps, the American Essentials Film Festival will take flight for its third year in a row at Palace Electric Cinemas from 9 – 20 May. Presented by Discover Los Angeles and American Airlines, curator Richard Sowada has continued to impressively build upon the inaugural 2016 edition of the festival with this year’s showcase of 22 films: 17 in the Contemporary Selection – 13 of which are Australian Premieres – and five flashbacks in the form of Postcards from LA.

The first (yellow) cab off the rank on Opening Night is writer/director Sophie Brooks’ debut feature-film The Boy Downstairs, starring Zosia Mamet (Girls) as an aspiring writer who finds her perfect new Brooklyn apartment comes with a catch – her ex-boyfriend happens to be her new neighbour. Described as a “millennial rom-com”, ease into the festival with drinks, a New York bite and some live music on Wednesday, 9 May. Arrivals from 6:15 pm; screening from 7 pm. Tickets $35/members $30.

One of the major drawcards of this year’s festival is the Special Event Australian Premiere screening of the gritty Gotti, starring the one and only John Travolta as eponymous mafia Don, John Gotti. The late kingpin, also known as “Teflon Don”, kept the city of New York in a vice-like grip during his reign as head honcho. Dealing with the price of power and the fallout effects on his wife (Kelly Preston) and son (Spencer Rocco), this new mobster meditation is directed by Kevin Connolly, best known for his role as Eric Murphy on HBO’s Entourage. From Cannes Film Festival to Canberra mere hours after its world premiere, this gangster event should go gangbusters with a drink on arrival from 7:45 pm, followed by the simultaneous four-city Australian Premiere screening at 8:15 pm. Tickets $28/members $24.

The five-feature fandango of Los Angeles fare that is Postcards from LA brings us a very special screening of another crime saga: the iconic and simply epic Heat (4K Restoration). Back in 1995, director Michael Mann (Ali; The Insider; The Last of the Mohicans) pitted Robert De Niro and Al Pacino against one another in this heist drama which also starred Val Kilmer, Jon Voight, Tom Sizemore and a very young Natalie Portman in only her second feature-film role. At the height of their powers, this sprawling epic saw two cinematic colossi of Godfather-era greatness sharing scenes for the first time ever and going toe-to-toe as cop (Pacino) and robber (De Niro) respectively in a film which still boasts one of the lengthiest and best heist scenes committed to celluloid.

The other four features in Postcards from LA are all slices of seventies cinema: Roman Polanski’s Academy Award-winning noir Chinatown (1974) starring Jack Nicholson and Faye Dunaway; sixties screwball oddity Shampoo (1975) where things get hairy as a Beverly Hills hairdresser (Warren Beatty) attempts to open his own salon; and a double-bill* offering of black nostalgia in Killer of Sheep (1977) – Charles Burnett’s FIPRESCI Prize-winning portrait of an African-American family making ends meet in Watts – and Wattstax (1973) – the then Golden Globe-nominated documentary highlighting the power and pride of African-American culture. Shot seven years on from the watershed Watts riots, witness the inimitable performances of cultural pioneers in their prime during the R&B revelry of the legendary Watts Summer Festival organised by Stax Records. A real treat for music-lovers.

*All tickets to this double-feature screening on Sunday 13 May are only $20.

To say there’s plenty on offer would be an understatement. With a diverse line-up catering to almost every interest, there’s truly something for everyone. Find out more about the festival HERE.

It should not be taken lightly that the Canberra edition of this festival continues to consolidate its place alongside the cities of Sydney, Melbourne and Brisbane. Indeed, it is quite the coup! So, get along and support a festival which seriously looks the goods.

Samuel Gordon-Stewart - 3 hours ago
It should be noted that 2CA is not, as described in the article, a commercial talk station. It is a music station. 2CC is cor... View
Nicholas Love - 5 hours ago
Chris Olsen I appear to be the person that listens to 2ca? Not many in my age bracket it would seem 😎 View
Kat Rothwell - 6 hours ago
Y'all just beige View
Opinion 61