Euthanasia in the ACT 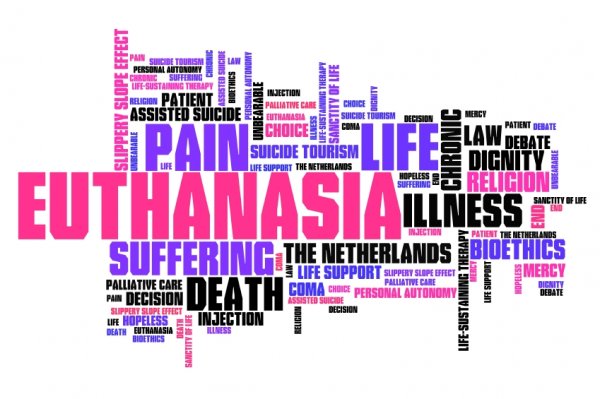 The Canberra Times reported last week that ACT Chief Minister Katy Gallagher and the Greens’ Shane Rattenbury, in separate submissions to a Senate inquiry into the Medical Services Dying with Dignity Bill introduced by the Greens, have called on the federal government to give the territory back its right to make laws on euthanasia.

The Abbott administration will almost certainly not agree to this anymore than the Howard government did in 1997.
The Chief Minister told the inquiry that the ACT government supported in principle the right of people with a terminal illness to make informed choices about how to end their lives in consultation with doctors.

For the sake of discussion let’s assume this is a sincere attempt to change the laws on euthanasia and not just politicking with an aim to paint the Prime Minister as a Catholic conservative who refuses to move with the times.
Firstly, do the Chief Minister and Mr. Rattenbury really believe that Canberra could go it alone and become Australia’s assisted suicide Capital?

Isn’t this an instance where we need uniform law across all states and territories – in other words a decision for the Federal Government?

There is also the question of whether Canberrans really want the Assembly spending time and energy or this or would rather their elected representatives concentrate on local matters.

Ms Gallagher apparently has no plans to draft euthanasia laws but would support a debate if legislation came forward as seems likely given the activism of Labor backbencher Mary Porter and the support of Mr Rattenbury.

The issue is the right for people with a terminal illness to make informed choices about how to end their lives in consultation with doctors.

In that context, do we need euthanasia laws?

I asked preventative medicine expert Dr. Ross Walker, well known to the Australian public from his appearances on network TV and radio, what he thought.

“Absolutely unnecessary” he said, if we practice what he describes as “compassionate medicine”.

For instance in the case of a terminally ill patient in pain, administering increasing doses of morphine to allow that person to pass peacefully without having to endure the mental agony of waiting knowingly for the end while hooked up to the drip with the lethal cocktail.

He goes further and says those who go in to nursing homes should be allowed only painkillers to make them comfortable instead of constantly being denied a natural end from natural causes.

I asked him about the expediency argument, quoting the stories that ancient nomadic cultures – Eskimos are most commonly mentioned – would hold a meeting and then agree to an elder who had reached a stage of “uselessness” committing suicide by drifting off on an ice floe.

Dr. Walker did say that eighty to ninety percent of health costs go to supporting those in the last five years of life but that “the do gooders” should concentrate on arguing for more emphasis on preventative measures in early life rather than unnecessary new legislation.

As for the Eskimos, a search of the internet produces conflicting results: some sources claim that elder suicide so as to not be a burden is a fable invented by right to die advocates.

Nevertheless 61 per cent of the 159 individuals who ingested lethal drugs legally to end their lives thanks to the Death With Dignity Act in the US state of Washington last year said they wanted to die because they feared becoming a ‘burden on family, friends or caregivers’.

Only 36 per cent voiced concerns about the ability of doctors to control their pain.

Shane Rattenbury insists the ACT would handle a euthanasia regime with “great care” and rigorous safeguards.

He’s quoted as saying “The ACT’s ability to create and manage an appropriate euthanasia scheme is at least as sound as that of the states.”

A legal action been initiated in Brussells charging that Belgium’s doctor-assisted suicide laws allowed an unqualified doctor to kill a depressed mother who did not have a terminal illness without notifying her family.
Alliance Defending Freedom has filed an application with the European Court of Human Rights on behalf of Tom Mortier, son of Gedelieva De Troyer.

The allegation is that the doctor who took the action of killing the woman for “untreatable depression” has no psychiatric qualifications and that the other doctors involved in her death had no prior relationship with her.
Mortier said that no one contacted him before his mother’s death, and that her depression was due to the break-up of a relationship with a man as well as to her feelings of distance from her family.

Do the electors of the ACT really want to risk complications of this kind – particularly if Canberra goes it alone – when according to Dr. Ross Walker for one, there is simply no necessity for the laws requested?

Do we get a weekly vote on who to euthanise?

This is a very interesting and complex topic and I think you’ve written about it fairly here, Mike.

I think the views of Palliative Care specialists would be very valuable on this subject. We are much better at managing end of life care now that we were even 10 years ago and terminally ill people and their families have many more support services available to manage the dying process than ever before. The field itself is developing rapidly and is recognised as a medical speciality as well.

I used to be a strong supporter of voluntary euthanasia although now I’m less certain that it’s necessary in light of the medical options available for providing care and symptom relief during the last stage of our lives. I’ll be very interested to hear other’s views as well.

Yvon Nemchinov - 12 minutes ago
Well considering you have probably never lived under totalitarian rule, I expect you to lack understanding, Matthew. All of t... View
Carly Maree - 1 hour ago
I wonder if the people doing this use computers or phones? SMH. 🤦🏼‍♀️ View
Matthew Davies - 1 hour ago
Yvon Nemchinov sounds like you should talk to someone who has to watch people die of COVID who could have been saved. Freedom... View
News 77

Bob Fraser - 58 minutes ago
Good on you Debbie, some sound advice at last amongst a lot of cringe-worthy comments. View
Geeta Datta - 2 hours ago
Kieran Angus Maybe, it's an EEG I'm thinking of. It's amazing how little they tell you about yourself lol. View
Julie Macklin - 2 hours ago
Nora PrestonPlease give the source of that graph. Without a source it’s worthless. View
Opinion 1

John Moulis - 2 hours ago
The Australian basketball team in the 1972 Munich Olympics. I vaguely remember that game. Australia was playing the US dream... View
Jennifer Andrew - 2 hours ago
A lovely person always and a great contributor to sport in Canberra. View
Fiona McLean - 3 hours ago
Wait? Phil's hair was dark? Well I never… View
Opinion 219

Why isn’t the ACT allowed to make our own laws about euthanasia?

@The_RiotACT @The_RiotACT
From building #WodenPlaza to making movie sets in #Hollywood and back again - this is carpenter Maury Cooper's epic journey https://t.co/Y2xFL2YN7A (12 minutes ago)