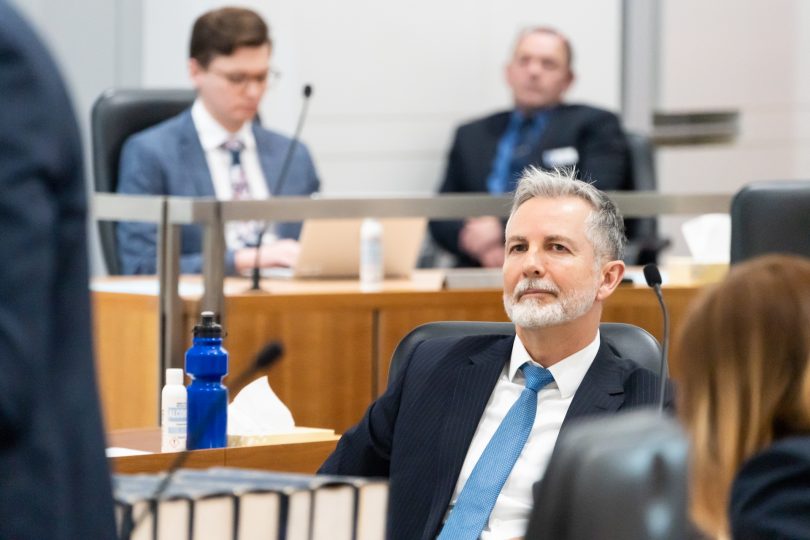 The three Rs of local government are roads, rates and rubbish. At present, you could probably add M for mowing.

But in the ACT’s hybrid governmental structure – a mix of state and what across the border would be council responsibilities – many of those lesser order, basic services issues miss out when MLAs sit in the Legislative Assembly.

It’s no conspiracy, there is just limited time to discuss a vast range of topics and issues.

The Canberra Liberals would naturally love to have more sitting days and has taken to calling the Barr Government lazy for not being in the Assembly more.

There was a time when the Assembly sat into the wees hours until then Chief Minister Katy Gallagher called a halt to the madness and told people to go home to their families.

Since then, the Assembly has struck to daylight hours to avoid the sight of weary MLAs nodding off or making bad law under duress.

While the Liberals call for more sitting days has a degree of self-interest to it, frontbencher Jeremy Hanson’s push for a Friday sitting to cover the hyper-local, grassroots community issues that often get overlooked is worth considering, despite the government’s terse dismissal of the idea.

For many Canberrans, the value they get for their rates buck is far more important than a high-level debate about human rights law, school pedagogy or tax reform.

They want to know what’s happening with their recycling, why those potholes aren’t being repaired and why it’s a jungle out there.

Then there is Canberrans’ favourite sport – local planning.

The government says it is all for consultation, but most of this is conducted at website length through surveys and submissions.

A Friday sitting could open access to community councils and individuals for some in the flesh exchanges and feedback and a bit of old town hall engagement.

It could certainly assuage those who feel the government isn’t really that responsive and pays lip service to community concerns.

It may also provide an opportunity for all MLAs in a non-partisan way to get their hands dirty on practical matters, as well as nip issues in the bud, particularly that ongoing bugbear, planning.

Certainly, our MLAs are paid enough to take on extra sitting hours, particularly as it wouldn’t be overtime.

READ ALSO: Electoral fraud is a non-issue so why does the Coalition want voter ID laws?

The devil would be in the organisation and execution to ensure the proceedings were productive and did not degenerate, but that is a matter for the Assembly bureaucrats.

If the demand for a closer interface with government at that lower level did not materialise, it would be no great matter to revert to the normal sitting pattern.

But it is an idea worth entertaining, and in a jurisdiction that prides itself on its democratic processes, should not be so easily dismissed, especially by the Greens who make a great deal about neighbourhood and participatory democracy.

The idea also shows that the Opposition is willing to think about ways to improve government and services in the ACT, not merely throw stones at the other side.

If grassroots community issues are important, then some of the current sitting time could be devoted to them. But having one person standing up talking at other people may not be best way to do this. The Legislative Assembly could consider other ways to address issues. I have spent decades of my life sitting on or chairing this type of meeting, and they never seemed that productive.

Errol Jobsz - 8 minutes ago
$10 million won't go far on that road. View
Brett Griffiths - 1 hour ago
Excellent! It’s the best bypass road, onto Jerangle then Bredbo, for when the Monaro highway is shut down, as it was recent... View
Topher Garlik - 1 hour ago
10mil that will fix the pot holes, if they serious can double that 💰 View
News 4

Jane Skillicorn - 1 hour ago
They are so funny!!! View
News 3

Capital Retro - 3 hours ago
And this is a natural occurrence, about every 50 years. Next Canberra bushfire disaster due about 2050. View
phydeaux - 3 hours ago
Except that the ember attack critically affecting Duffy, where most houses were lost, was from the then adjacent pine forest,... View
Alex Kay - 3 hours ago
Fay Dickie move then, that huge tree was probably there well before you View
show more show less
*Results are based on activity within last 7 days

@the_riotact @The_RiotACT
#DixonAdvisory - for decades the first choice for financial advice in #Canberra - has entered voluntary administration due to mounting liabilities, potential class actions and penalties owing to the corporate watchdog https://t.co/3IHElcJyLS (38 minutes ago)