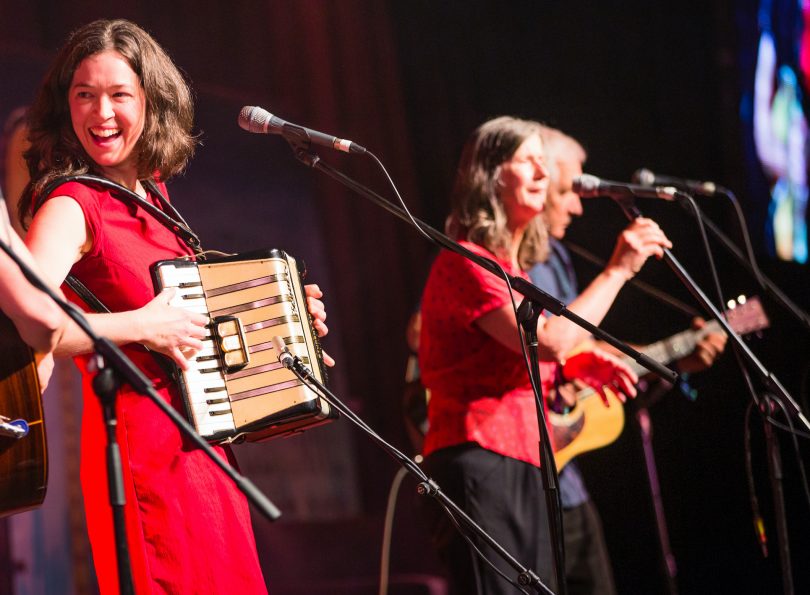 Kate, Margaret and Bob Fagan return to the National Folk Festival this Easter. Photos: The Fagans.

The National Folk Festival is often a multi-generation affair but one family act that has been coming to Canberra for 30 years has its name etched in folk music lore – the Fagans.

The family has established a strong following through recordings and performances at folk venues across the country – first as duo Bob and Margaret, then with son James and daughter Kate, both of whom have also carved out their own careers.

At the last Folkie in 2019, James’ partner UK fiddler Nancy Kerr joined them for memorable performances.

This time around it will be the Fagans Trio – Bob, Margaret and Kate – with UK-based James and Nancy staying at home.

“We don’t get to sing with them nearly as often as we would like,” Margaret says.

Regardless, the trio is excited about returning to Canberra and performing again together, particularly after the COVID-imposed break.

Kate’s 2007 album Diamond Wheel won the National Film and Sound Archive Award for Best Folk Album and in 2013 she supported Joan Baez on her Australian tour. She is also an accomplished poet.

Her National Folk Festival solo performance with guitar and keyboard in 2019 packed out the Trocadero.

Margaret says audiences can expect a mix of traditional songs, some penned by Kate and quite a lot of a cappella works, with Bob and Kate providing guitar, leavened with the group’s commitment to social justice.

Margaret does not play an instrument on stage but she shines with a beautiful soprano. 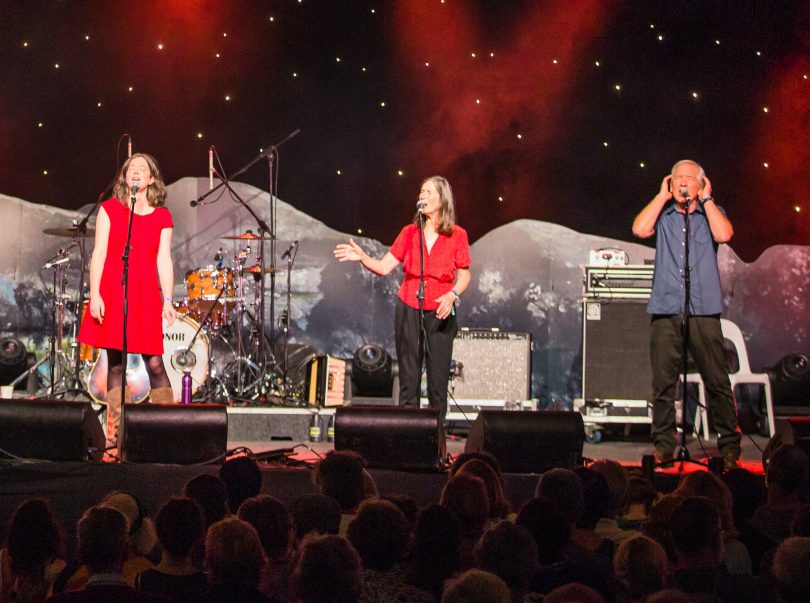 A feature of the Fagans’ performances is the unaccompanied singing. Photo: The Fagans.

There will also be new songs, although she isn’t about to spoil the surprise.

The family repertoire includes many songs from English singer/songwriter Leon Rosselson, who remains a strong influence. Nancy has recently recorded an album of his work.

Asked about what continues to draw people to folk music, Margaret says it’s to do with truth.

“It tells stories of ordinary people, about life and love and work but with a kind of a truth and set in a deep tradition, even if written today.”

Margaret says the form is continually evolving but that setting and background give it great strength and appeal. Something keeps engaging new generations of young people.

“Every now and then you hear these stories about how it’s just grey hairs in the audience; it’s not true,” she says.

“A lot of young people are coming into folk music. Our family has produced a third generation of little folkies out there, getting up and singing.”

Margaret says that the young musicians coming through are so skilled and have so many mentors to guide them.

“When James and Kate were first singing at folk festivals in their teens they’d get up with us,” she says. “They were a bit unusual then.

“In their generation there were people like Ruth Hazleton, Kate Burke and Luke Plumb, fantastic musicians and now they’re the ones getting a bit older and there’s another tranche coming through. It’s wonderful.”

Visit the National Folk Festival website to view the program. 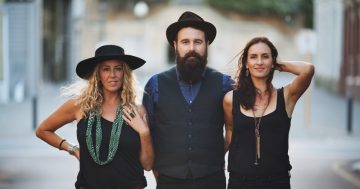