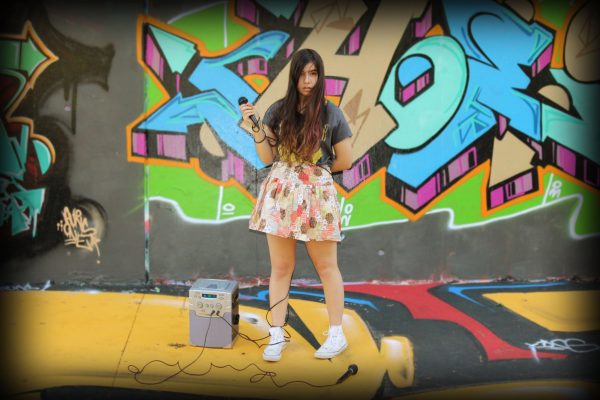 Just a quick flick over the last six months at Jannah Fahiz’s expansive career and this wonderful woman has achieved more than most do in a decade. Jannah (pronounced like Hannah with a J) is a passionate and enthusiastic promoter in Canberra.

At the ripe old age of 18, Jannah started her own production company “Between The Lines Events” because she looked at the Canberra live music and event scene and found she wanted to it call home.

Jannah put her first event on in May 2013 at the Woden Youth Centre when she was 15 and donated all proceeds to beyondblue. I don’t know about anyone else reading this, but most 15-year-olds I know would have a giant hole in their back pocket, having purchased the latest video game, app or music as the perfect accessory to their teenage angst. Not Jannah. This kind, thoughtful and socially conscience promoter is always thinking of ways to help the communities around her gracefully reach understanding of each other through good conversation, events and food.

Speaking of food in 2016, Jannah in partnership with Joanna Chalker launched the inaugural Earth Festival. The festival was massive hit in March of this year at Exhibition Park in Canberra, described as an exploration “exhibition for those of all ages and dietary choice to learn about themselves, others, animals and the planet”. Unsurprisingly this dream team of supreme organisation already have tickets available for the 2018 event happening in April at the Australian National Botanic Gardens.

Age has nothing to do with Jannah’s success. Her compassion and love of life is admirable, a contagion that is sure to infect all of Canberra eventually. Forget the Zombie apocalypse that is probably never going to happen, the Jannah virus is taking hold of our nation’s capital and perhaps a disease we all would be grateful to catch.

If you would like to hang out with Jannah and check out one of her gigs, kicking off at 6pm tonight is the Woden Youth Centre Band Night featuring local artists Hidden Happiness, Mackenzie Brown Music, Sara Turner, Claire Paton, Rhys Coles and Kirsten Hayes. 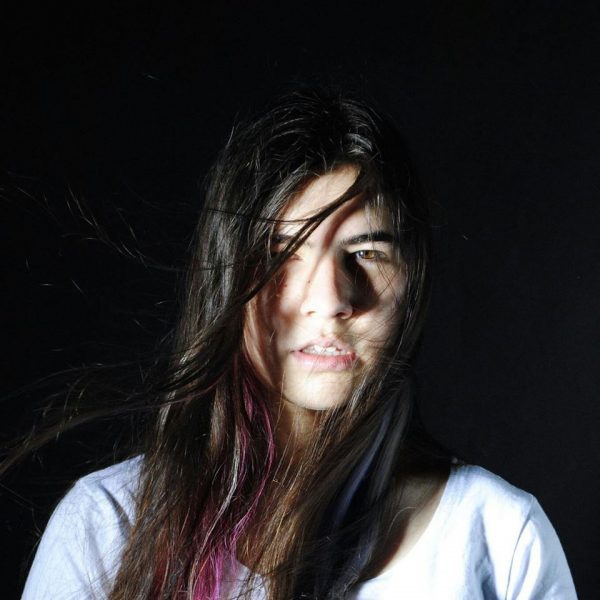 Occupation – Event Manager. I run Between The Lines Events where I organise concerts for local and interstate bands. BTLE has weekly band reviews on Tumblr and will soon have a YouTube channel. I also organise The Earth Festival in partnership with Events-ually Yours.

How long have you lived in Canberra – My whole life!

North, South or Q-town – Mostly south but I’ve been more north side lately.

Most memorable event attended in the ACT – Ah man. There have been so many fantastic events in Canberra and I try to go to as many things as possible, anything from Sunday markets to international concerts. I used to see touring bands at Woden Youth Centre all the time when I was younger and it really meant a lot to me. In recent years, I’ve seen a bunch of awesome international acts at The Basement such as Neck Deep/State Champs, We The Kings, Bayside, Capture The Crown, etc. The first GTM was awesome. Same with Spilt Milk. Of course, I’m also going to be bias and say The Earth Festival (because I organised it alongside a good friend of mine).

Things you love about Da Berra – It’s very diverse. There are so many cultures and so many ways to express yourself here. I enjoy the fact that I can really get involved in a variety of activities. 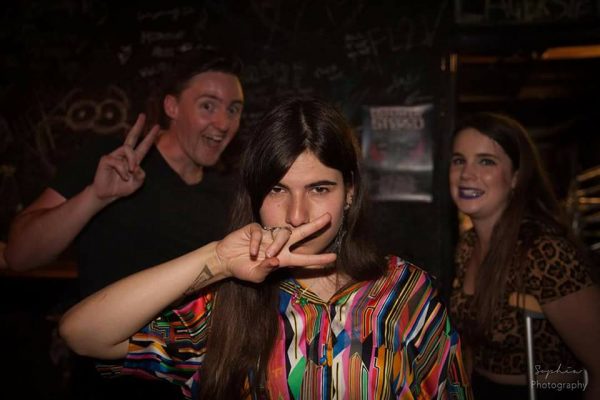 What you loath about the city – Artists need to support other artists. This town can be pretty lazy and I think that you really need to go out and physically support people with their art (especially music as I have seen first hand that this is lacking). If you’re an artist, you must go and meet other artists and really be a part of the scene to get your name out and get some respect.

Most cherished memory in the capital – Far too many. I think I feel most blessed when I’m in a place where myself and all those around me are just happy, whether it be in a mosh pit, with a circle of friends or even just by myself connecting with nature. It’s when I take a step back from the environment I’m in and really look around and admire how great it is and it’s something pretty spiritual.

Which Canberra local do you most admire and why – I admire a lot of people here. Specifically my friends as they are people I choose to have in my life. To all the girls that have stayed up late with me talking about life and picked me up when I was at my utmost worst. To my boyfriend who continues to reassure me that things are ok and no matter how I feel, manages to make me laugh and feel loved. I’ve seen these people, and members of my family, go through hard times and stand back up again soon after and it’s very inspiring.

Most precious item you own – Probably this frame I have with my Paramore ticket and some confetti from the concert. The ticket is signed by Hayley. 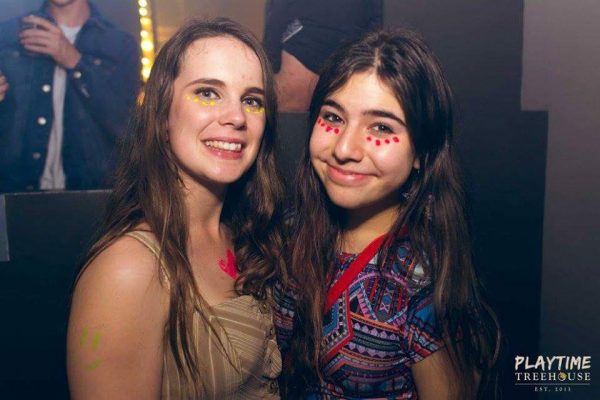 First Canberra kiss and where – Just a cliche movie date with a high school crush who I ‘dated’ for 3 weeks (that was the only date we went on haha).

Most delicious Berra place you adore eating at – Kingsland for sure! It’s a vegan place in Dickson and absolutely everyone I’ve taken there has fallen in love.

What do you want to be when you grow up – I want to be the best version of me that I can be. All I really want is to be inspired and to inspire others. I’d really like to be a successful singer (solo, in a band, anything really) or even just organising big festivals with Between The Lines Events.

What is a question you would like to ask everyone in Canberra – What’s stopping you? 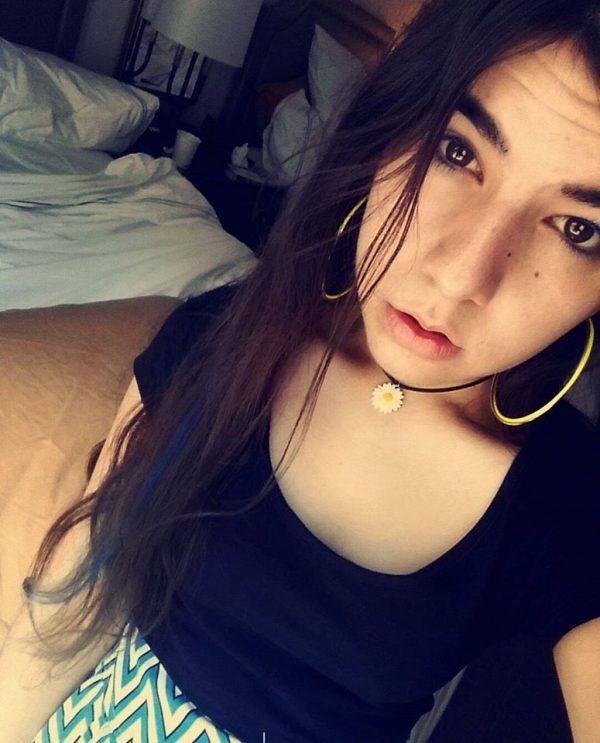 One Response to Faces of Canberra: Jannah Fahiz
Filter
Showing only Website comments

I worked with Jannah on the Blue World Order film and found her ultra organised with a really positive attitude. I can’t believe she is just 19. years ahead of her time! I’m looking forward to seeing what future events she puts on 🙂

Bec Kelly - 10 hours ago
I think the issue is that the Canberra Times wrote the article - they are after a head line and people to pay for their subsc... View
Annie Mills - 21 hours ago
Exactly, lessons learned after these events are supposed to better prepare for the next time but it seems that there is an in... View
Business 9

Steve King - 13 hours ago
Rip Mark he was nice guy always welcoming my condolences to all his family View
Catherine Seaglove - 14 hours ago
RIP Mark What a rugby player he was !... View
News 26

The ACT Government has called on Opposition police and emergency services spokesperson Guilia Jones to quit the portfolio after it...
News 39

@The_RiotACT @The_RiotACT
Australians have banded together to get through COVID-19, but the heaviest burden has been carried by the elderly. Rebecca Vassarotti sees this as an opportunity to better connect with older people in our communities and rebuild a better normal https://t.co/KoRmQL0kZ3 (37 minutes ago)