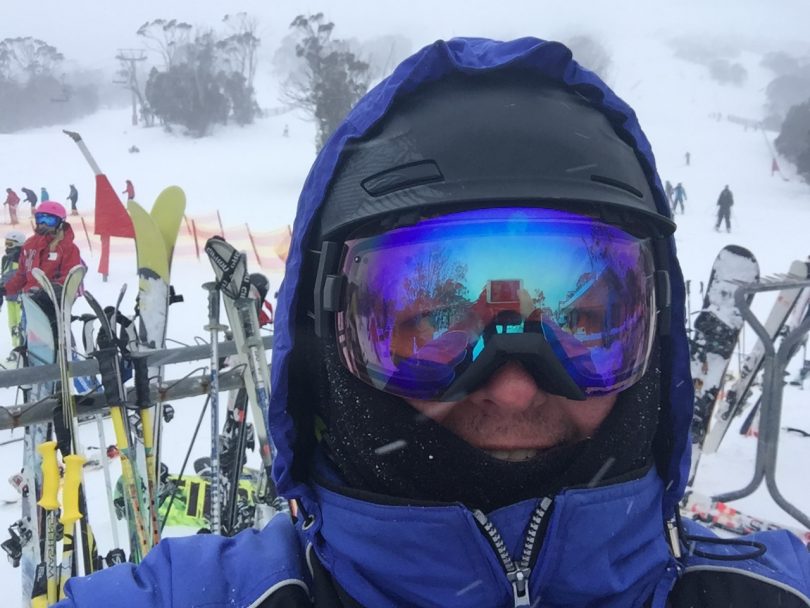 Tim Benson is a name familiar to many people in the Canberra business community, as he owned and published the local business magazine, B2B, for more than a decade. Currently, Tim is RiotACT‘s Business Development Manager and we are all pretty grateful and excited to have him as part of the team.

Tim spent the early years of his life kicking around in the jungle near Port Moresby with his three brothers, while his father worked as a lawyer for the Australian Government in the lead up to Papua New Guinea’s independence in 1975.

Back in Australia, the Benson family moved to Canberra when Tim was eleven. Restless at high school, Tim was always looking for opportunities to direct his energies into. At fifteen he joined the Australian Labor Party, at around the same time another familiar member of our local community joined – ACT Chief Minister, Andrew Barr.

Tim had a political career working for federal and ACT politicians for a decade but left this behind when his daughter was born and then spring-boarded into the world of small business.

An avid jazz fan and trumpeter, Tim says one thing most people don’t know about him is that he appeared on ABC TV every night for 10 years just before the test pattern sign-off for the evening (see explanation below).

Now blending his passion for work and jazz, you can catch Tim performing most Fridays as part of The Fullhouse Band at the Casino Canberra, serving a delicious blend of postmodern jukebox tunes flared with sultry jazz undertones.

It is clear that this business savvy entrepreneur has a solid fuel of family, jazz and a thirsty fervour for life, that drives him to achieve all his impressive professional feats.

If it were up to Tim, he claims he would probably spend most of his time in jazz clubs or ski fields with his loved ones, but I challenge this: Tim, really – could you sit still for that long? 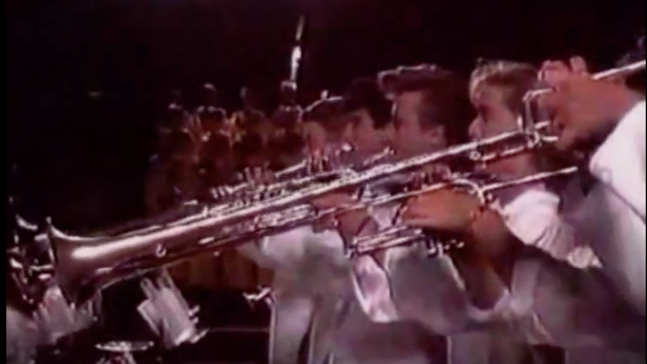 Tim Benson (third from the right) playing trumpet in the bicentennial orchestra in 1988.

How long have you lived in Canberra – 38 years.

Most memorable event attended in the ACT – There have been a few, but probably playing in the Bi-Centennial Orchestra led by Tommy Tycho with Julie Anthony singing the national anthem. This was in front of Old Parliament House and was broadcast across the country. It was then used at the close of the ABC for ten years. I joke I’ve been on television more than 3000 times, but it’s true! 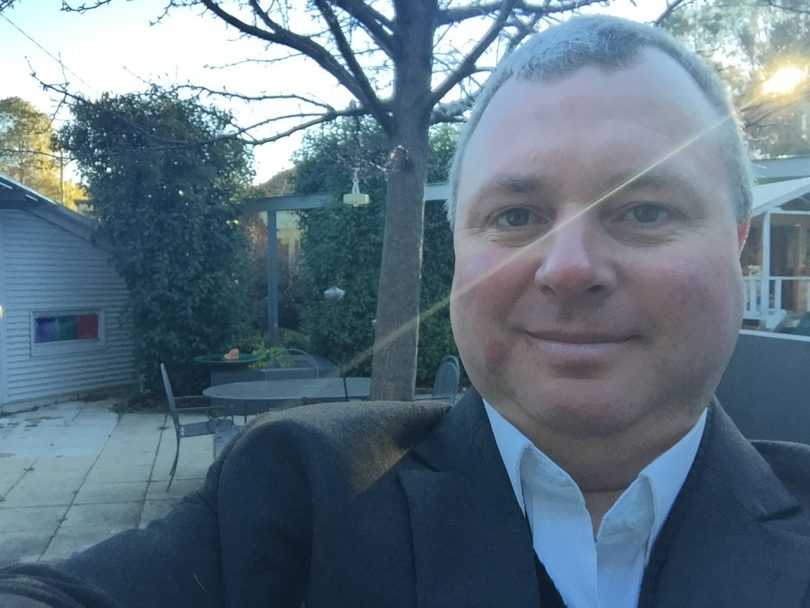 Things you love about Da Berra – What’s not to love? I’m not someone that says Canberra is the best for this or that. There are so many great places to live and work in Australia, and Canberra is certainly one of them. Key things for me are: 1) It’s a safe place to bring up a family. 2) The demographics are through the roof i.e. high incomes and high levels of education. 3) We are a world class island cosmopolitan city surrounded by a sea of sheep country.

What you loathe about the city – It is soooo organised and spread out. I’m all for planning but wouldn’t it be great to mix it up just a little? Some people might like to live in industrial areas or set up their business in the suburbs making bicycles. I’m also not a big fan of public servants that define their role as their APS level. Q: “What do you do?” A: “I’m an EL1”. 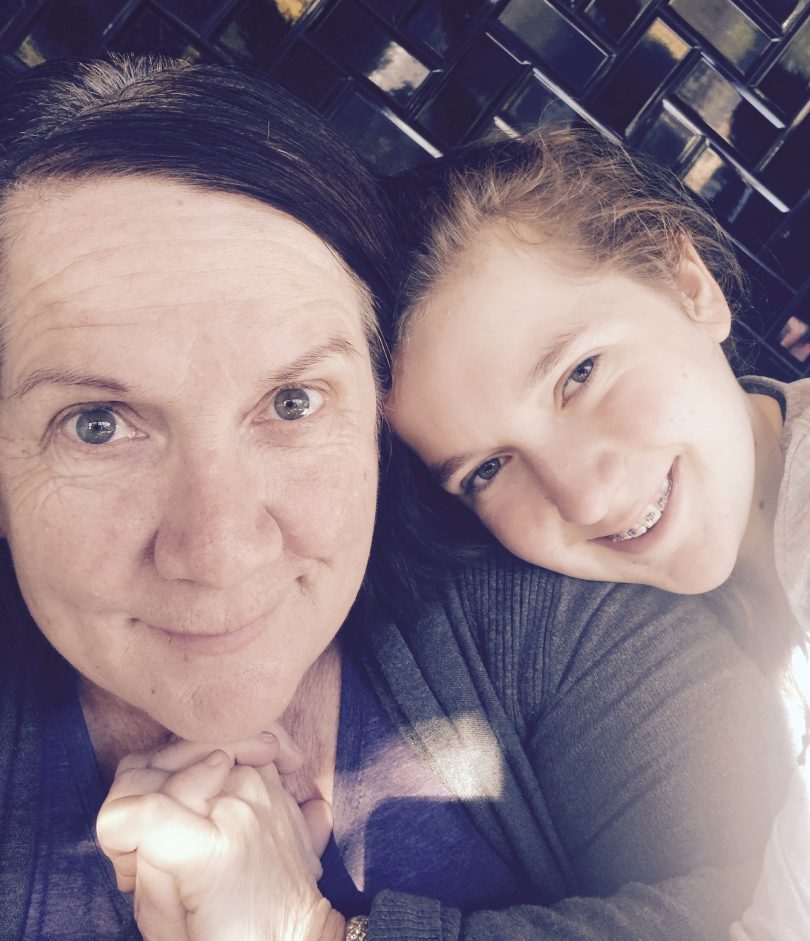 Most cherished memory in the capital – Apart from getting married and having a daughter, I suppose it would be kangaroos on the roof/lawns of Parliament House. I also remember my first day as a political adviser to the then Minister for Trade, Senator Bob McMullan. It was during the time the French were setting off nuclear explosions at Mururoa Atoll in the South Pacific Ocean. Bob was acting Minister for Foreign Affairs and called in the French Ambassador for a ticking off. In rolled the Ambassador with his entourage, and I was asked to sit in just to make up the numbers on our side of the table. It was a memorable introduction to the work of diplomacy and international relations!

Which Canberra local do you most admire and why – Manuel Xyrakis. Some may think this is a strange choice as we sit on different sides of politics, but Manuel is my best friend and one of the most passionate and good Canberrans that I know. His mother Alice owns the Ainslie IGA and Manuel has been the ‘Mayor of Ainslie’ for as long as I’ve lived here. Manuel and his family have worked tirelessly to create a successful award-winning business along with a genuine sense of community. Manuel and I go fishing together every year at the Karpathian Fishing Competition at Tuross Lake. Every year, we come away determined to return next year with a bigger boat. 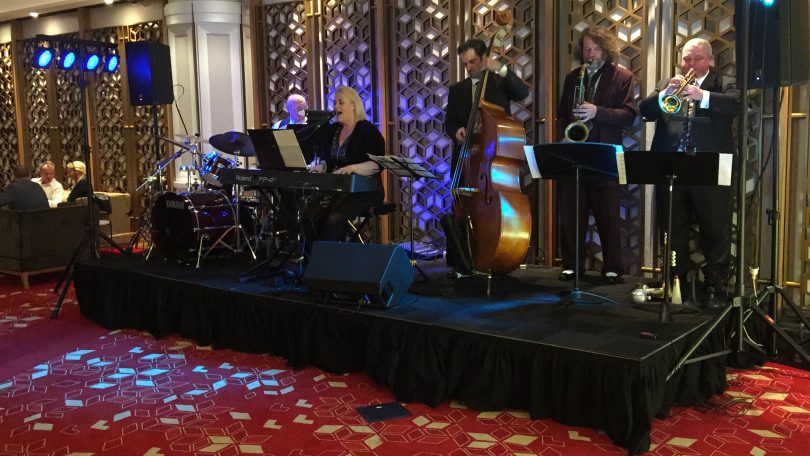 Most precious item you own – My trumpet and flugelhorn. Yep, I’m a jazz player. Studied at the Canberra Jazz School when it was in Manuka and played in many bands in Canberra. You can catch me at the Canberra Casino in the house band called The Fullhouse Band most Friday nights.

First Canberra kiss and where – Well that was a long, long time ago when I was in high school. I’m pretty sure it was with Natalie L. I think it was somewhere amongst the trees in Woden Plaza. I’m still friends with Natalie on Facebook and bump into her a few times a year.

Most delicious Berra place you adore eating at – I’m more of a ‘gourmand’ than a ‘gourmet’. Last really enjoyable meal we had was at Breizh Café at Ainslie shops just before Christmas. The food was delicious and we washed it down with some delightful French peach cider. We also like Eighty/Twenty Food in Braddon and Hero Sushi in Canberra Centre. Oh, and of course I can’t go past the kebabs at the Turkish Halal Pide House in Yarralumla!

What do you want to be when you grow up – I think I was born grown up and become more childlike as I get older. My teachers used to call me ‘Mr Benson’ at Deakin High School, for whatever reason. At 12, I was teaching trumpet to all the other kids in my school band for $10 a half hour ($100 a week). At 15 I joined the ALP. Now at 48, I work hard, play in local jazz groups and love skiing.

What is a question you would like to ask everyone in Canberra – Why are we all in such a rush to get everywhere on the roads when, if you drive for half an hour, you end up in NSW?

Dorsia Darling - 8 hours ago
I wish the cameras would also fine people who drive way under the speed limit & brake constantly for no reason coz they can't... View
News 89

It may be well into next week before the ACT and the surrounding region sees more than one day of...

ACT Policing has a blunt warning for e-scooter users: be an idiot and you will face the consequences. With e-scooters...
Opinion 36

@The_RiotACT @The_RiotACT
The Bushfire Royal Commission has identified climate change as an increasing risk but has avoided recommendations to reduce emissions https://t.co/uN8VAkAIOK (1 hour ago)