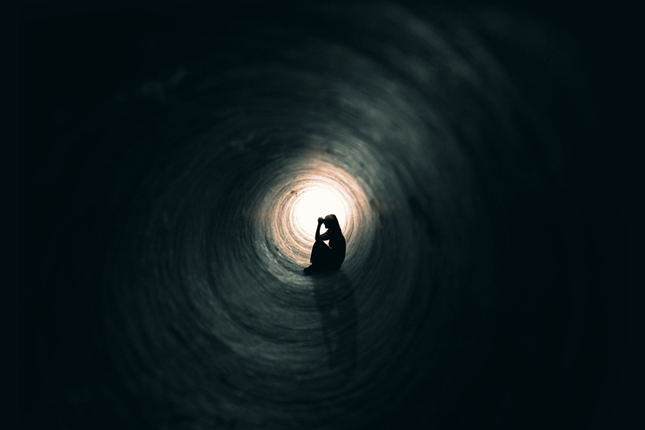 The ACT welcomed the opening of the $43 million Dhulwa mental health facility in November 2016. It accommodates 10 acute and 15 rehabilitation patients.

While the numbers surveyed are small, there is no reason to doubt the overall percentage accuracy of the statistics. However the reasons for the impairment are unclear. Drugs including alcohol perhaps in the younger cohort, dementia in the older, but these are guesses.

Further Dhulwa’s services appear not to be needed in most cases with the facility’s involvement in our criminal justice system limited with the qualification “only a small number will require this level of care” and the caution “complex care needs are not met”.

What the latter disclaimer means is unclear. Are we dealing with several mental problems calling for multidiscipline attention or dangerous psychopathic behaviour which must be addressed elsewhere?

We do know however pleas by defence lawyers in our Courts would indicate the statistics quoted earlier are well below the number of people committing offences and their reasons for doing so, which, if true, suggests Dhulwa is too small.

Over recent years a new mental health development has emerged: depression. It has claimed lives and perhaps due to our increasingly frantic and competitive lifestyle will pose a growing threat.
It is recognised as a silent killer, oblivious to others, but more recently and due to well publicised examples we have seen the problem exposed in at least one guise: fame.

Here we see the cult of celebrity and the effect upon a person when the adulation is withdrawn, when your halcyon days are over, you are now a past legend, icon or great and suffer from attention deficit disorder – no more stories or pictures in the media.

It appears to affect those in the sporting world more than elsewhere. These often are ordinary people with extraordinary skills who, while not experiencing just the fifteen seconds or minutes of fame many of us enjoy, have only a limited time in the limelight before age or injury removes them. Some become commentators, some coaches, but the majority fade away. Even some who make a successful transition find it is not enough to replace the earlier glory.

It is easy to blame the mass media for building egos but being the sports-mad territory that we are they feed the voracious appetite for news about champions, so it behoves our many sporting organisations to recognise the effect of fame upon vulnerable ordinary people and help them make the change back to normal life, otherwise depression tragedies will increase and Dhulwa may have to expand.

One Response to Fame outs
Filter
Showing only Website comments

It’s bad enough that the media obsesses with people like the Kardashians, now we have to read about a medical situation shared by hundreds of thousands of Australians in the context of a very small handful of seriously entitled people who have chosen a life in the media spotlight….

dolphin - 30 minutes ago
whatever happened to encouraging flexible working? I don't know many people who want to return to working 5 days a week in th... View
ACT Election 1

dolphin - 40 minutes ago
bit late to be submitting policies to treasury for costing... heaps of people have already voted... View
ACT Election 5

dolphin - 42 minutes ago
and Scott Morrison can't tell the difference https://reneweconomy.com.au/on-first-day-as-pm-morrison-learns-difference-betwee... View
dolphin - 45 minutes ago
Just remember that the Belco party are just a front for the Liberals trying to siphon off enough votes to get the libs over t... View
Opinion 9

dolphin - 50 minutes ago
You missed the point on this one - nothing wrong with bringing a bit of life and vibrancy into the city. it seems like you're... View
HiddenDragon - 5 hours ago
"...once again, we’re being told that the way to enhance Canberra’s vibrancy is to mimic other, bigger cities across the... View
Brisal - 10 hours ago
If it helps to revitalise another of those dingy laneways then I'm all for it. Scoff if you like but if it ultimately turned... View
Food & Wine 34

bj_ACT - 13 hours ago
It was always a bit funny when Turner residents were complaining about extra buses when whole swathes of suburbs lost their b... View
chewy14 - 14 hours ago
Honestly, is there anything more NIMBY than worrying about the "city coming for their neighbourhood" in an area less than 1km... View
HSewell - 15 hours ago
Good result View
News 18