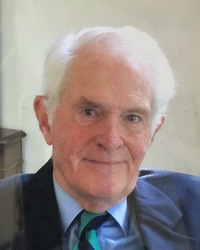 An obsessive traveller who has visited 125 countries, when home he enjoys politics, reading and writing and currently is publishing e-book crime novellas featuring John Order, an MLA – surprise, surprise – of the ACT Assembly.

What the ACT can learn from the Lindt Cafe siege findings

Are Canberrans active in community issues or do we live in ‘Apathy Central’?

ACT has come a long way in gender equality

Could the cool capital go into Budget meltdown?

Is unit-heavy development too focused on ACT’s central basin?

Government should act on public tenants who flout rules

Let punishment fit the crime for real lessons in consequences

Steep learning curves for many in expanded Assembly

And the ACT election winner is …

Community, government must work together

How can we vote knowing so little of candidates?

How long is too long for our pollies?

Out-of-touch politicians should listen and act

Chris Mackie - 4 minutes ago
needs a high speed train line! View
Julie Macklin - 8 hours ago
Elizabeth Ann Thurbon Not unique to Australia. I've arrived at towns and cities in Europe and found the station wasn't in the... View
Yvoir Hingee - 8 hours ago
A joke. I last used it twice once in the 1950s and once in the 1960s, and the experience was so bad I promised myself never t... View
Opinion 1

chewy14 - 21 minutes ago
"Inevitably, some of us will slip into past behaviours, and others are forced to call it out and gently point out the rules t... View
Opinion 11

Rollersk8r1 - 32 minutes ago
Quite happy as a GWS member. In normal times it’s an ideal arrangement. Four games a year at Manuka (1 pre-season), plus AF... View
Ben Jones - 2 hours ago
No one will go apart from the die hard fans. Until they start winning and the whole of the ACT become fans overnight. View
Opinion 197

David John Hourigan - 36 minutes ago
John Slow too many round abouts...! View
Matthew Robinson - 10 hours ago
Would be great but no way the government would support it. View
Opinion 20

@The_RiotACT @The_RiotACT
A Canberra man has died after being struck by a car from behind while walking in East Queanbeyan on Wednesday night https://t.co/rM6J2eFG0o (13 minutes ago)

@The_RiotACT @The_RiotACT
After 40-odd days of #lockdown, the novelty has worn off and many of us are struggling to maintain the lockdown behaviours we were once diligent about. Zoya Patel asks, are we becoming too complacent about the #COVID rules as lockdown progresses? https://t.co/ilgv6BzSgO (56 minutes ago)