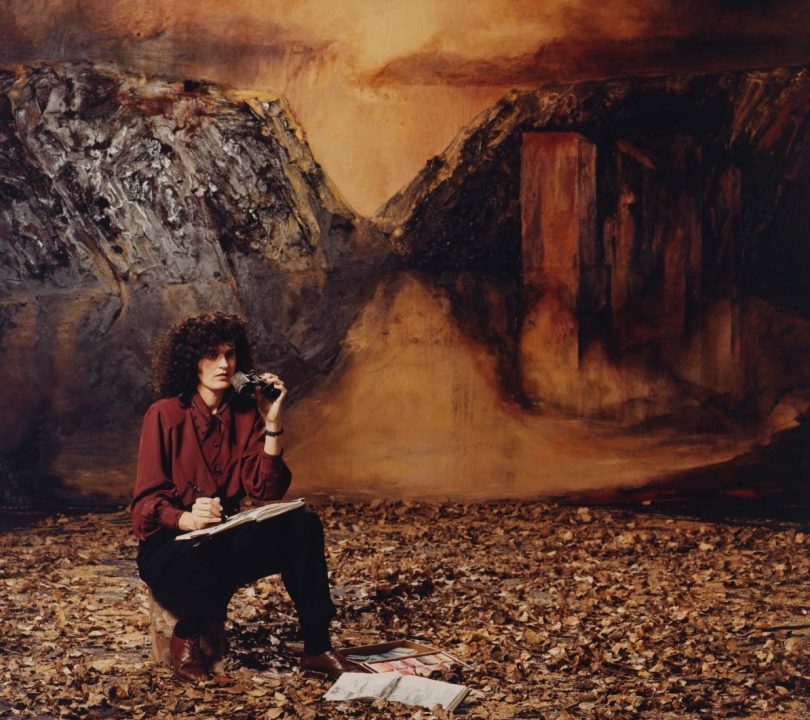 Artist Mandy Martin with one of her large scale landscapes. Photo: Supplied.

Canberra’s art world is in mourning following the death of Mandy Martin, an artist of enormous vision and energy who has passed away after a battle with cancer.

Mandy’s son, artist Alexander Boynes, said: “On Friday night, the family raised a glass with her to celebrate a life extremely well lived. She left us peacefully the next morning.

“Mandy was exceptionally brave and fought hard over the last four years. She kept her sense of humour until the end and we could not be more proud. In true Mandy Martin spirit, she chose exactly when and how she wanted to leave, just as she lived her life.”

Mandy Martin was born in 1952 and raised in Adelaide, where she studied art. She was a member of the Progressive Art Movement in the mid-1970s and concerns about social justice and the environment informed her work throughout her career.

She moved to Canberra and was a lecturer at the ANU School of Art from 1978 to 2003 and developed a practice that led to major exhibitions in Australia and internationally before spending the latter part of her life in the NSW Central West.

Mandy’s work is held by the National Gallery of Australia, which in 2020 purchased Wanderers in the Desert of the Real: Wallerawang Power Station (2009), a powerful landscape exploring the commercial exploitation of natural resources. Her work is also held in the Guggenheim Museum in New York and the Los Angeles Museum of Contemporary Art.

Her work explored the impact humans make on the natural world for good or ill, but the political message never overwhelmed the beauty of the thickly worked oil paintings, often incorporating physical elements like ochre or mica dust from the places where the images originated.

A massive work, Red Ochre Cove, hangs in the Senate’s main committee room, where harried public servants facing Estimates inquisitions would cast their eyes heavenwards, marshall their responses and think to themselves, “this, too, shall pass”.

In addition to her fluent, imaginative and intense paintings, Mandy had a particular gift for bringing together thinkers from a range of disciplines to consider pressing issues, often environmentally focussed.

Painters and poets, scientists, educators and traditional owners might gather together to camp on site and use their diverse skills to illustrate the pressures on an environment and community. These included the impact of the Cadia gold mine near her Central West home, the effects of energy generation and mining, and the threat to endangered ecological communities. It was a considered approach that recognised the best ideas come from collaboration and shared endeavour.

Beyond her skills as an artist, Mandy is also remembered as a lecturer, mentor and friend, generously sharing her vast knowledge and passion for art. In later years, that collaborative practice included her children and artist son Alexander, with whom she most recently shared a joint exhibition, Slow Hope, at Beaver Galleries in 2019.

Gallerist Susie Beaver described Mandy as “a committed artist, a generous teacher and collaborator, a strong, beautiful and gentle woman [who] dedicated her life to an arts practice that has created an extraordinary legacy”. 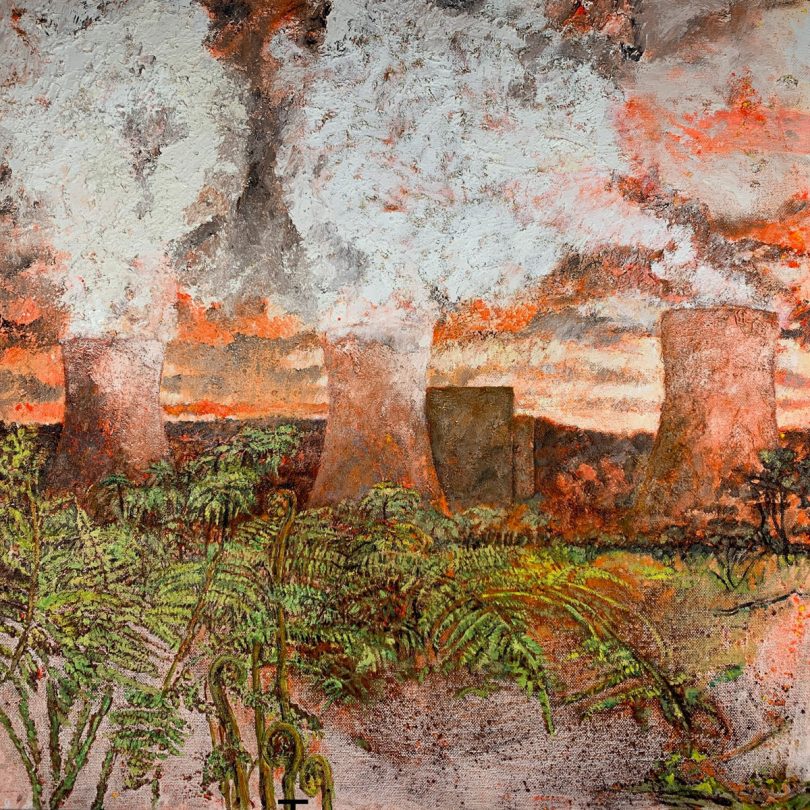 Megalo Print Studio founder and Associate Professor at the ANU School of Art, Alison Alder, commented on social media: “She sent so many of us out into the world from our formless/gormless art school days with so much genuine support and encouragement. I owe her so much – she believed in me – what a gift.”

From 2008 to 2018, Mandy was an associate professor at the ANU’s Fenner School of Environment and Society and, with her husband Guy, shared a deep passion for outback Australia, which he championed through Bush Heritage Australia, the National Parks Conservation Trust, the World Wildlife Fund and other causes.

Together, they shared an extraordinarily wide-ranging group of friends, from local farmers at Mandurama to luminaries of the national art world. Mandy was engaging, cheerful and surrounded herself with the most interesting people wherever she went.

“Mandy remained active in the studio until the very end, and her final large scale collaborative work will premiere in Australia in November 2021. We look forward to sharing the details of this work with you very soon,” Alexander Boynes said.

From her first marriage to Canberra artist Robert Boynes, Mandy Martin is survived by a daughter and son, and by her second husband, Dr Guy Fitzhardinge, and a step-daughter.

Tim Mak - 17 minutes ago
Summernats is fine. The people who attend them are not. View
Sam Austin - 2 hours ago
Fair enough but its 1 week a year. But there needs to be a place to do this stuff, think of it like a sporting facility golfe... View
Opinion 109

Claire Lenehan - 39 minutes ago
Helene Jermolajew Thanks! Stay safe View
TheSilver - 3 hours ago
Of course no one want to get sick, but it is part of the human experience and unavoidable. The real question is, and always h... View
Julie Kidd - 3 hours ago
Thanks for reminding us. This isn’t over. View
Opinion 6

Shirley Willis - 58 minutes ago
Sandra Zahavah Whibberley If you check my comment I DID NOT say that you vented a poisonous attack.I said it appeared the “... View
phydeaux - 1 hour ago
Robin Bontjer, because he did not donate $4M. It was $25k, after a push from Sharapova who donated that then tagged him to ma... View
Jonny Scott - 1 hour ago
Robin Bontjer ones good can all be canceled out when your true colors come out! View
Business 6

Hope, colour and life at Beaver Galleries as a new year beckons for Canberra’s art world