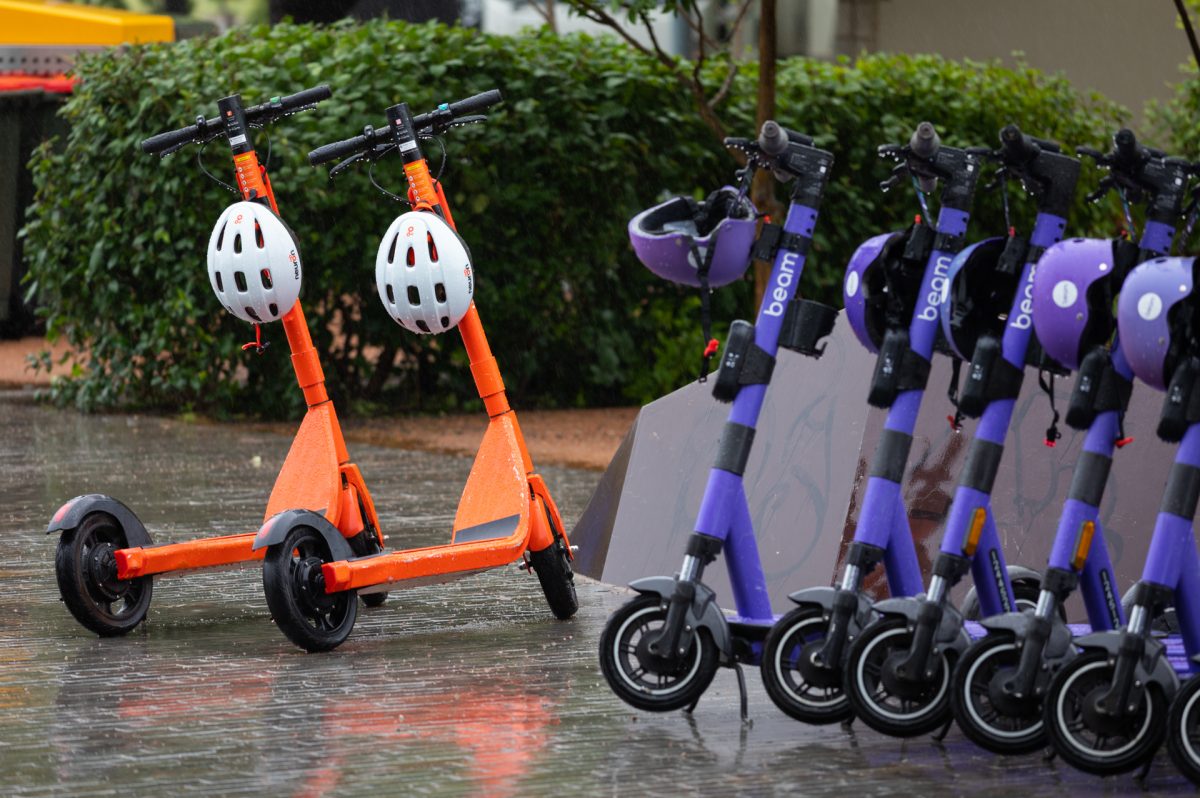 The e-scooter scheme has been expanded across Canberra as tolerance of them in other cities like Paris has been tested. Photo: Michelle Kroll.

Electric hire scooters may have increased their range in Canberra but fed-up authorities in Paris are putting a ban on the machines to the vote in April, more than four years since they first appeared.

Despite being extremely popular among tourists and some residents, the convenient and non-polluting devices are also the bane of those weary of reckless riders, a growing accident toll and the eyesores of discarded scooters.

Paris had already tried to contain the scooter issue by reducing the number of hire companies from 12 to just three, although there are still 15,000 scooters in the city, and bringing in more regulations, including limiting speeds.

But critics say riders show only cursory respect for the rules of the road, defy bans on riding on pavements, park anywhere and abandon scooters in parks or even throw them into the Seine river.

They have been accused of turning the city’s streets into a jungle for pedestrians.

In 2021, 24 people died in scooter-related accidents in France, including one in Paris. This year, Paris registered 337 accidents with e-scooters and similar vehicles in the first eight months of the year, up from 247 over the same period in 2021.

Last November a scooter rider died after colliding with a lorry.

In September, Paris threatened the three operators with non-renewal of their licences, which expire in March, if they failed to limit reckless riding and other “misuses”.

The city even conducted a cost-benefit analysis. Deputy mayor for urban transport David Belliard told AFP that the analysis found that the scooters did not make sense.

“They are in the way and they are dangerous,” he said, saying he favoured a ban to “pacify our streets and pavements”.

The operators proposed additional regulations in a bid to address concerns, but the referendum will go ahead on 2 April asking, “Do we or don’t we continue with free-floating rental scooters?”

Paris Mayor Anne Hidalgo told Le Parisien newspaper the issue was extremely divisive and she was leaning towards a ban. 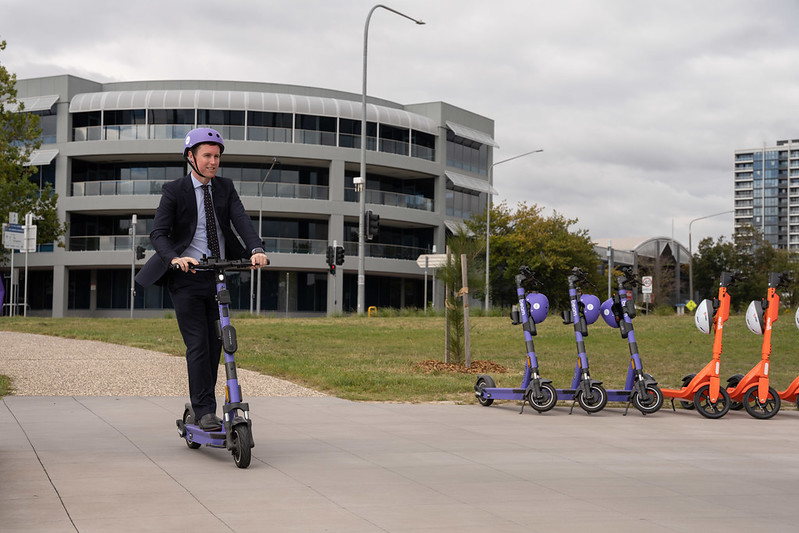 The vote will be watched closely outside of Paris because the city has become one of the largest markets and a pioneer in establishing rules as part of an attempt to make e-scooters safe and acceptable to residents.

In December, the ACT Government extended the hire scheme operated by two companies, Neuron and Beam, to suburbs in Woden, Weston, Molonglo and Tuggeranong, boasting that Canberrans could now ride from Gungahlin in the north to Tuggeranong in the south.

In August, Gungahlin, Yarralumla and Weston were added to the scheme after Belconnen became the first district to be connected to the initial city zone in April.

Many of the issues behind the proposed Paris ban have emerged in Canberra although not to the same extent.

In September, a 19-year-old woman died after her private scooter collided with a car on Drakeford Drive in Kambah.

Hire scooters though are blocked from using the main arterial roads, and in March the Assembly passed a raft of new laws, introducing new offences for riding the devices without proper control and giving police the power to direct a person to get off an e-scooter.

The Government has also signalled it might consider implementing no-park zones outside popular nightspots or targeted curfews to make scooters harder to access at times and in locations when and where riders would likely be intoxicated.

The hire companies themselves are doing what they can to improve safety and reduce complaints by providing online rider education, trialling of tactile signage to support pedestrians, especially those with blind or low vision, and prompt collection of abandoned scooters.

Whatever the outcome in Paris, e-scooters in this national capital look here to stay for the foreseeable future.

They are always left in the middle of a footpath. So infuriating and dangerous

The idea of wearing a helmet that goodness knows how many other people have used is just ICKY!

I don’t disagree with you Kate, but, better icky than brain damage me thinks.

20 years in opposition. That’s Liberal for you!

Have you forgotten all the failed Labor thought bubbles in that last 20 years that have cost ratepayers millions? A Better Place is a classic.

Bring back Alistair Coe. What a genius! I can’t understand why he lost.

They are fantastic, especially when needing to travel distances around 3-6km. Only issue is we need to get rid of mandatory helmets. Maybe run a story on how many other countries in the world have a mandatory helmet law?

Scooters and myna birds are the same thing – annoying

These things are a scourge, they are an eye sore and dangerous. Whoever agreed to having. These things on our streets probably was taking too many pills at a festival and lost a few brain cells. But hey that’s labor for you.

The UK have very strict regulations about e-scooters and other similar things. Look it up yourselves.

The government in Paris can see the problem more clearly from a pedestrian perspective, as it is a city of pedestrians and public transport users. Canberra is driven by cars, with no consideration at all for pedestrians, so no-one cares about pedestrian complaints or injuries here.

Hello? How many millions are the Greens throwing at bicycle infrastructure?

They recently spent millions on taking one vehicle lane from roads in the Tuggeranong Town Centre and turned them into exclusive bike ways.

I’ve yet to see any one on a bike use them yet.

You must have been cold throughout Winter. What end did you sit at?

I’m hearing numbers ion excess of 400 injuries due to scooters.

Keith Lewis I’m hearing numbers in excess of a BILLION injuries due to scooters. Do you have any evidence to support your claims? I’ll admit that I don’t, other than from people who want to whinge about the e-scooters. Well, really not even that. I’m just making it up. Are you doing the same?

On the news, something about Victoria, extending the scooting area.

I didn’t have particularly strong opinion about this, until a user brushed past me at full speed in Dickson… would have been bowled over if I had stepped in another direction. I’d hate to see the consequences of a mum/dad wheeling a pram get in the way of an irresponsible rider.

I don’t care how ‘green’ they are, after some very near misses and experience of hoons deliberately riding to frighten people, I’m with Paris. Ban them. At the very least give them identification so that if I’m mown down I don’t have to pay the medical costs. And make the insurers pay up and not get out of it by claiming the rider wasn’t wearing a helmet or some other weak excuse.