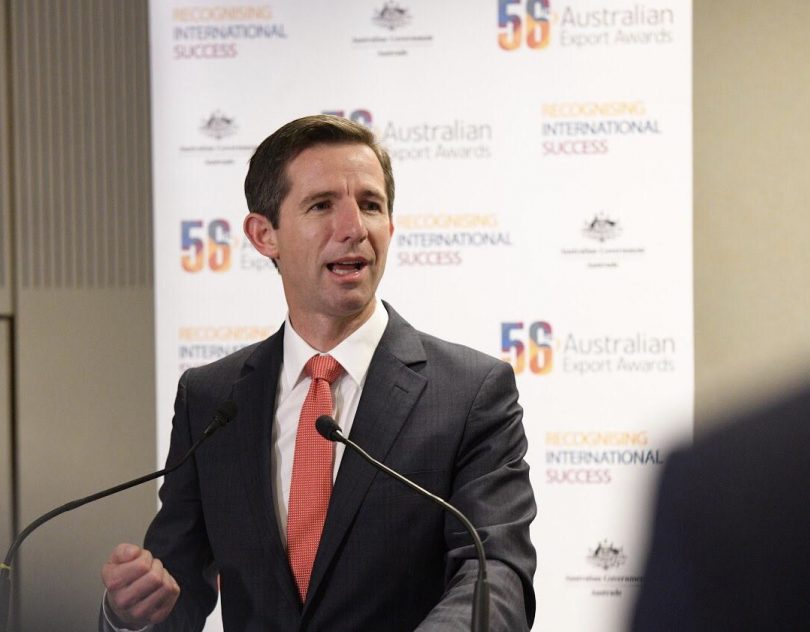 Commonwealth public service numbers will rise slightly, but Services Australia will shed thousands of staff and the ramifications for Canberra of a plan for new regional APS hubs remain unknown.

“While the increase in 2022-23 ASL is slightly above the latest 2021-22 estimate, it is 718 below the original expected peak forecast in the 2021-22 Budget, reflecting the difficulties some agencies had with recruiting stemming from the strong labour market and as a result of COVID-19 related lockdowns in 2021,” they say.

The APS will establish new regional hubs at a cost of $15.2 million over seven years, although there is no detail about where or how staffing will be sourced.

Finance Minister Simon Birmingham said that putting staff in multi-agency workspaces in regional APS Hubs would locate staff closer to the communities they serve while breaking down silos to broaden their perspectives.

“Growing the APS footprint, particularly in regional areas, will build stronger linkages with local communities and facilitate closer engagement across arms of government, supporting better policies and services for Australians,” he said.

But Chief Minister Andrew Barr said the hubs plan would be concerning if it meant Canberra lost jobs.

He said the continued push towards decentralisation of the public service through the creation of ‘regional hubs’ could have ramifications for the ACT’s economy in the medium term.

“The ACT Government is urging the Commonwealth to focus any ‘decentralisation’ from the congested capital cities rather than Canberra,” he said.

With the COVID-19 response winding down, Services Australia will cut a further 2719 jobs or 9.4 per cent of total staff.

The CPSU says this comes as south-east Queensland and northern NSW still reel from ongoing floods.

“At a time when so many Australians are relying on Services Australia, Scott Morrison has shown his true colours by gutting the services that communities rely on,” CPSU National Secretary Melissa Donnelly said.

But the Budget papers say the Social Services arm of Services Australia will be boosted to deal with the fallout of the floods.

Ms Donnelly said that despite the modest staffing rise overall, the government was locking in deep cuts and singled out Veterans’ Affairs where only $22.3 million in funding is guaranteed over two years.

It will only gain a slight increase in staff, despite a backlog of unprocessed claims.

Senator Birmingham said that over the four years from 2022-23, the departmental funding provided to administer government services would decline as an overall share of total government expenses.

“This decline is consistent with the Government’s longer-term efforts to drive improved efficiency and productivity in the public service,” he said.

The big winner from the Budget will be Defence nwhere a build-up of capacity across the civilian and ADF workforce will begin, reflecting the changes in the strategic risk environment.

The government has announced a long-term plan to increase Defence’s total permanent workforce to more than 101,000 by 2040, an increase of 18,500 over baseline growth already agreed in the 2020 Force Structure Plan.

He said that because the additional Defence staff would support cutting-edge capabilities, the ramping up of staff is a long-term commitment so critical skills can be taught and experience grown.

Staff will also grow in the cyber security space, with $9.9 billion over 10 years to 2030-31 to the Australian Signals Directorate (ASD) to deliver a Resilience, Effects, Defence, Space, Intelligence, Cyber and Enablers package called REDSPICE.

It will be the largest ever investment in Australia’s intelligence and cyber capabilities and will double ASD’s size, creating 1,900 new jobs over the next decade.

The package will help ASD keep pace with the rapid growth of cyber capabilities of potential adversaries, as well as be able to counterattack and protect the nation’s most critical systems.

There is also $30.2 million for a Cyber Hubs program to support pilot hubs across the APS in Defence, Home Affairs, Services Australia and the Australian Taxation Office.

The Cyber Hubs program is coordinated by the Digital Transformation Agency in partnership with the agencies that host the pilot hubs and supported by technical advice from the Australian Cyber Security Centre.

The Coalition is anti-Canberra and has been with the exception of Menzies, who promoted the idea of a federal capital. Howard politicised the APS. Morrison believes Sydney is the capital of Australia, ignorantly choosing to live there rather than Canberra…costing millions in extra travel, security and duplication of support staff/services. This trend begun by Howard should be called out for the profligate waste that it is. All typical of the hypocrisy and financial mismanagement of the LNP.

This lot won’t get in again.

Good reason to vote Green to stop the Federal rot and bring on an ICAC.

“Finance Minister Simon Birmingham said that putting staff in multi-agency workspaces in regional APS Hubs would locate staff closer to the communities they serve while breaking down silos to broaden their perspectives.”

Absolute outrage – how dare they adopt and adapt ideas from the ACT PS……….

Considering it is impossible to hire APS in Canberra, this could solve the problem of the large number of vacancies all agencies are carrying. Could also result in $ savings.

The Liberals killing off the APS again

Garvin Francis the ALP always makes more of a hash of the APS every time they are in power.

Garvin Francis if you say so. How long have you been in the APS?

Fortress Epiphany made redundant by Abbott in 2014

Garvin Francis I was in the APS twice, redundancy package both times. It’s easily the most toxic workplace I’ve ever encountered.

the silence from Seselja on this will be deafening, and yet 85 000 Canberrans will still vote for him.

If only Canberra was already a regional hub……. Then all of this would be unnecessary!

Should not be a problem when the Coalition Government (and I use the term Government loosely) are not elected. However gives the ALP the opportunity to continue where they left off when they were last in power. The majority of the APS is outside Canberra. If the decentralisation/relocation of the Australian Pesticides and Veterinary Medicines Authority to Barnyard Joke’s pork barrelled electorate is any example is will be a shambles.

Andre Sphenis the local election isn’t for a couple of years yet!

Geoff Stewart I know you are, but what am I

(The location of hubs is inherently political)

As a Canberran born and bred, former APS now living in Melbourne working for the VPS where this is already commonplace (and growing) – I think opening it up to non-capital-based locations is actually a great thing. As an employee it means you can make positive choices about your life without having to choose between job and lifestyle, and it’s great that more people living in the regions are contributing to policy

Every other state has lost thousands of jobs. We’ve been very lucky to have done so well economically so far. Time to support small businesses and their employees

Long overdue. Now you can video conference in from most parts of the country there’s no longer any need to commute into the CBR CBD.

And rather than send CBR people to work in the regions we can directly employ people who already live there, expanding the range of employment opportunities there.

Why would you commute from your $800k tiny Chinese-style-dog-box in Woden on a tram to the CBR CBD to work when you could do the same from your home study in your little country town.

The pandemic isn’t ‘winding down’

They must not want the regions to vote for them either 😃😂

Which electorates will benefit? Hmmm. Im assuming processing functions would be targeted? Given the failure of the “Armidale experiment” and the shared services hub implementation- good
Luck.

Steve Ulr Canberrans aren’t the only people capable of doing this work. We’re great – obviously 😉 but not irreplaceable

Stacey Rene, Steve ‘s just noting how well the decentralisation went last time. Not at all. The key staff resigned rather than move, &, if I recall correctly, couldn’t be replaced. That’s all