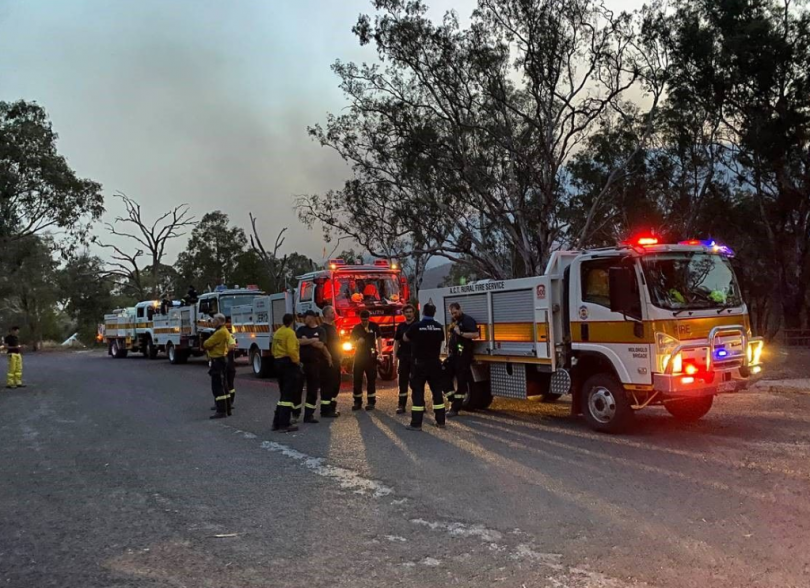 ACT farmers and small businesses affected by bushfires will now be able to apply for low-interest loans to help in the recovery process, while cleanup assistance will be available for households.

“The bushfires affecting the ACT have had ongoing impacts for the ACT community and we are committed to supporting the recovery effort,” Mr Littleproud said.

“This funding will help those affected get back on their feet sooner and assist in the clean-up effort.

“Activation of the Disaster Recovery Funding Arrangements (DRFA) also means the Australian Government will help cover some of the costs associated with firefighting response operations which were undertaken to protect the community.”

The jointly funded DRFA is an agreement between the Federal and Territory Governments where the Commonwealth provides financial assistance of up to 75 per cent for eligible expenditure on disaster relief and recovery costs.

Mr Barr thanked the Federal Government for their assistance, saying that the two governments had been working together for a number of weeks on the proposal, and official confirmation came through late on Tuesday night.

“The Orroral Valley Fire presented the biggest bushfire risk to the Territory since 2003 and it required a significant response from our emergency services agencies with the support of the Australian Defence Force,” Mr Barr said.

“This bushfire season impacted on the way of life for our city, particularly small businesses in the hospitality and tourism sector that have been doing it tough for a number of months with extended periods of smoke haze and bushfire threat.

“We welcome this announcement from the Commonwealth that eligible businesses can apply for financial support. We will continue to work with the Australian Government as we move into a recovery phase from the bushfires that have impacted our city and our region.”

The Orroral Valley Fire is one of the biggest ecological disasters in ACT history. About 80% of Namadgi National Park has been burnt.

Environment Minister Mick Gentleman has been tasked with leading the ACT Government response which will be focused on Park renewal and recovery. pic.twitter.com/uVQXrlSUra

The Beard fire on 23 January burned down five outbuildings and facilities, and damaged 15 others around Pialligo, Canberra Airport and the Brindabella Business Park. Three cars were also destroyed.

The recycling centre in Underwood Street, Beard was one of the structures impacted by the fire which burnt car bodies and car parts, releasing dangerous levels of thick, black smoke.

Any business that has suffered significant financial loss as a direct result of this summer’s bushfire season should contact Access Canberra on 13 22 81 or Access Canberra for further information.

Robyn Baer - 13 minutes ago
Drove back today. LOTS of potholes due to the rain. View
Jenny Drenkhahn - 6 hours ago
not to mention changes further South in the Bega Valley Shire; rebuilding in Cobargo and Tathra, Twyford Hall in Merimbula ;... View
Lifestyle 9

Doug Jackson - 25 minutes ago
Really bad plan. If you need a fence then you may not be paying appropriate attention to your child. Even with a gate somebod... View
Cary Elliot Johnson - 4 hours ago
Claire Lee Koo because its a democracy with varying opinions on an open column. View
Elizabeth Jones - 4 hours ago
I saw the petition but it wasn't clear it was supposed to be a few fenced playgrounds per region. I know being in an older pa... View
Opinion 67

Peter Marshall - 31 minutes ago
Wayne Martin the long term effects of the polio vaccine aren't known. Everyone might drop dead seventy years after receiving... View
Wayne Martin - 42 minutes ago
Argo Jones and how is that when it hasnt been fully trialed and the long term after efects are unknown View
TimboinOz - 52 minutes ago
But they are NOT taking just 'their chances' they are behaving as if they are more important than anyone else. View
Lifestyle 2

Peta-Rene Prior - 3 hours ago
All kids should go to boarding schools?? Perhaps get all kids attending school to start with. View
Stas Idowu - 3 hours ago
Synergy Group View
Lifestyle 8

kenbehrens - 5 hours ago
Isn't bringing forward future infrustructure builds going to create a construction vacuum down the track? The other issue of... View
shannos - 5 hours ago
Exactly, investors chasing capital gains and creating a self -sustaining ponzi growth model at the expense of our younger gen... View
shannos - 6 hours ago
Too much emphasis on infrastructure and construction which is cyclic transient employment relying on developers growth model.... View
Lifestyle 11

John Moulis - 6 hours ago
A camera was affixed to the beacon on Mount Ainslie when construction of new Parliament house started in 1980. It took one ph... View
News 18

Clarence Beale - 7 hours ago
Hi Myra, so so sorry to hear about this. They will definitely look after you with a refund or a credit. If they haven’t alr... View
show more show less
*Results are based on activity within last 7 days

A freak accident at Kambah Adventure Playground last month saw a 14-year-old girl airlifted to Westmead Hospital in Sydney with...
Best of Canberra 232

It's a conundrum faced by nearly every parent at some point. You're on your own, feeding the baby and that's...
Opinion 67

@the_riotact @The_RiotACT
They may not be haute cuisine, but #local cookbooks are full of treasured family #recipes for everything from apple cake to homemade Irish liqueur. What's on your shelves? https://t.co/nHni3nSBrk (24 minutes ago)

@the_riotact @The_RiotACT
Tributes have flowed for Andrew #Prowse, who began the annual Santa Speedo Shuffle with his wife Heidi to raise funds and awareness of #cystic fibrosis https://t.co/KlEd8k60GD (1 hour ago)

@the_riotact @The_RiotACT
#Apprenticeship growth in the ACT is the slowest in the country, and the Opposition and #industry leaders are calling on the Barr Government to do more https://t.co/VOy53VsEdS (2 hours ago)