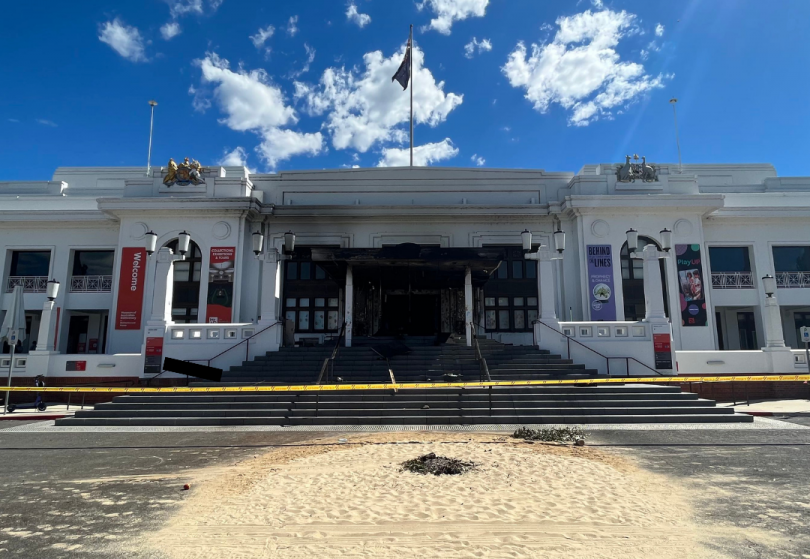 Members of the Aboriginal Tent Embassy have condemned the fire that started at Old Parliament House on Thursday (30 December) which caused extensive damage to its front façade and burnt during a protest at the site.

The fire started at the heritage building around noon, with an eyewitness telling the RiotACT the flames had destroyed the front doors and the canopy above it.

A statement from the Aboriginal Tent Embassy shared on social media says the embassy did not condone the actions of protesters who occupied the steps of Old Parliament House that day.

“Although we support the concept of non-violent direct action, we do not condone the destruction of public and private property,” the statement reads.

“The actions of such protesters conducting a ‘Smoking Ceremony’ was done so without the knowledge, consent or mandate of the Embassy Council and Traditional Owners responsible for the regulation of the Aboriginal Tent Embassy.” 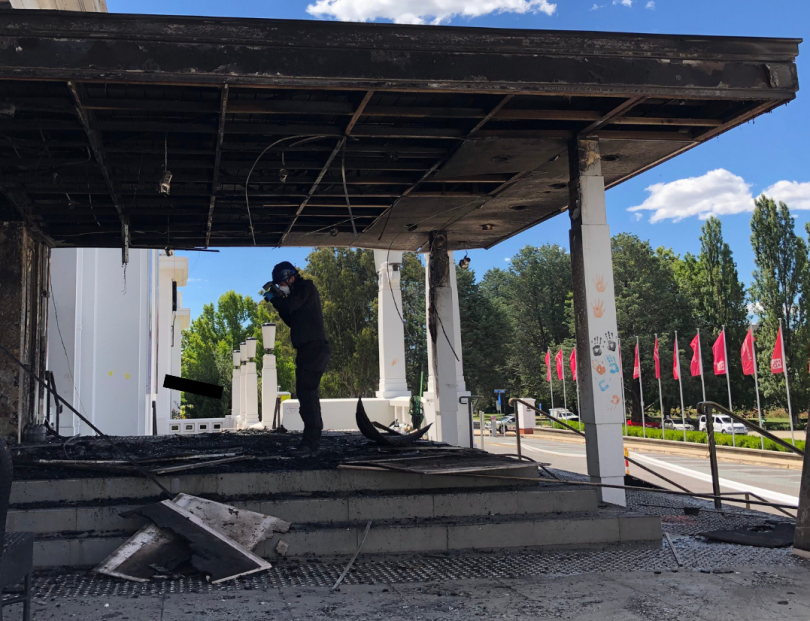 ACT Policing has said it will launch an investigation into the cause of the fire, which caused extensive damage to the building’s front façade.

They said protestors had been at the front of the building for more than a week and the morning began with a traditional smoking ceremony.

“The fire travelled to the front façade of the building and the building was evacuated before ACT Fire and Rescue extinguished the blaze,” police said.

“Although there were no injuries that resulted from the blaze there was extensive water damage to the interior of Old Parliament House.”

Speaking on Thursday, Prime Minister Scott Morrison said he was “disgusted and appalled” by the behaviour that saw people set fire to “such a symbol of democracy in this country”.

“I think it’s disgraceful, and I think that the authorities should act swiftly and in accordance with the law and people should face the consequences for their actions,” he said.

Is Lydia Thorpe’s statement about this fire supported by the other Greens?
Adam Brandt and Shane Rattenbury and the locals Greens, would love to hear from you.

There have been calls for Adam Brandt and the Greens to rid themselves of Ms Thorpe, over this and other unacceptable remarks.
It seems the best Adam Brandt can do is issue a generic statement:
“The Greens don’t want to see the planet burning or Old Parliament … if this was arson, it’s unacceptable”

How did the security at OPH allow this to happen? Or was there no security at all? The OPH management should be ashamed for not protecting our nation’s heritage.

You are indulging in classic victim blaming. The correct response is to say the perpetrators should be ashamed of themselves for vandalising our nation’s heritage. So much for reconciliation.

The irony of people who support wilful lawbreaking complaining about not wanting to be associated with others doing the same thing. LOL.

Drove past the lawns of Old Parliament House this morning and it looked like a caravan park anywhere in Australia during summer. How is this possible (legally)? Definitely a lot of sh!t stirring ring-ins giving our indigenous community a bad name.

I am shocked that destruction is needed for any protest, when will all violence towards place and people going to stop.

Agree. To move forward everyone needs to respect each other (as we should in daily life!). There is a lot of CCTV and other footage of the incident. There is so much history associated with those steps and the business done in the Provisional Parliament House.

I agree. There should be plenty of CCTV footage and considering the possible political ramifications of such protests, combined with the fire a week ago, It would seem reasonable for the observing police to have body cameras.

It would not surprise me if the perpetrators are already known to the police from previous encounters.

It does seem a bit off they haven’t been arrested yet.

Or at least release their names and descriptions so all their friends and family know what quality people they are and hopefully turn them in.

Were you also shocked by the invasion of the new Parliament House in 1996?

“It would not surprise me if the perpetrators are already known to the police from previous encounters.

It does seem a bit off they haven’t been arrested yet.”

They’re likely the sort that have been arrested over and over again but due to the political desire to lower the number of certain demographics often go to revolving door prisons’ or get fully suspended sentences for doing whatever they feel when ever they feel.
Hopefully everyone realises that the OPH was partially destroyed and is for practical purposes priceless, those involved even if only blocking the view should all face a minimum term. 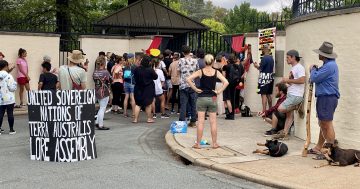