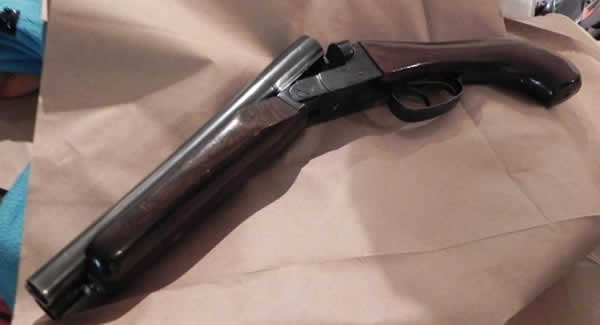 ACT Policing has seized two illicit firearms and an improvised explosive device following the execution of a search warrant at a residence in Conder on Saturday (July 5).

Members from Tuggeranong and Woden Criminal Investigations executed the search warrant seizing a sawn off double barrel shotgun, a sawn off .22 rifle along with ammunition, a crossbow and an improvised explosive device (pipe bomb).

The street was closed off while the AFP Bomb Team cleared the house of the improvised device, with a number of residents evacuated as a precaution.

A 26-year-old man will be summonsed to attend the ACT Magistrates Court at a later date charged with offences relating to the seized items.

Police urge anyone with information on illicit firearms to contact Crime Stoppers on 1800 333 000 or via act.crimestoppers.com.au. Information can be provided anonymously.

Tom Adam - 8 hours ago
Natalie the Woden area around the bus depot. (Where they had to due to land sale agreements). Not the Phillip business Centre... View
Natalie Roseworn - 9 hours ago
Tom Adam they announced some major refurbishments for Woden/Phillip not long ago. View
Lucy Irene - 17 hours ago
Mmm, not sure why ‘rainbow’ roundabouts could be an issue, curious! View
Property 20

Chris Liddiard - 18 hours ago
Kirsten Madsen thank you for this. I’m sure she will be interested. She is really missing band at the moment. View
show more show less
*Results are based on activity within last 7 days

@The_RiotACT @The_RiotACT
Heat-related deaths are at least 50 times more common than recorded on death certificates, according to two ANU researchers who are pressing for 'climate change' to be acknowledged as a cause of death https://t.co/G1W35CdPg1 (9 hours ago)