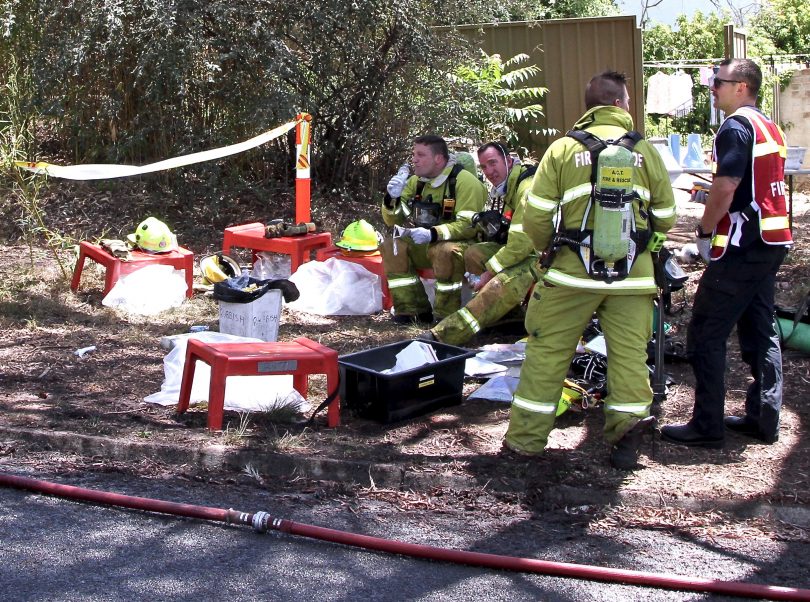 Firefighters in the ACT are coping with increased deployments and local demand for their services, despite calls on the ACT Government to further invest in the firefighting resources required to keep people safe.

However, president of the United Firefighters Union in the ACT Greg McConville said the ACT faces unique fire pressures due to a growing population and extreme weather events which mean more high-risk work for firefighters.

Mr McConville said that while reports by researchers at the Royal Melbourne Institute of Technology show the ACT’s fires services is one of the most efficient in the country, there is little scope for firefighters to meet the challenges they face without additional investment in fire stations and staff.

“Firefighters are asking ACT residents to get involved and send a strong message to the Barr Government that fire services need funding.”

The United Firefighters Union is calling on the ACT Government to fund more crew for an additional pumper at a new fire station in Acton by 2021 and Molonglo by 2023.

They also want to see increased funding for training, equipment and additional firefighters which will reduce overtime costs on high fire danger days.

“If the Government fails to properly resource frontline services now, it will be families and communities that end up bearing the spiralling costs of catastrophic fire events. We need everyone in the ACT to get on board and tell the Barr Government to fund our firefighters to keep Canberra safe,” said Mr McConville.

Ms Whelan said 20 new recruit firefighters will join fire stations in Canberra later this week, which will further boost Canberra’s capacity to cope with the increased demand on its emergency services.

“The Report on Government Services shows that the ACT has the second-highest number of paid firefighters per 100,000 people,” Ms Whelan said.

“We are confident that the ACT is well covered and serviced by ACT Fire and Rescue, which also has some of the fastest response times in Australia.”

Ms Whelan also said the safety, health and well-being of all ACT emergency services personnel, both paid and volunteer, is a priority for the ESA and ACT Government.

Ms Whelan said the ACT Fire and Rescue staff involved in the fatal accident that occurred on 21 October in Barton have also been receiving ongoing support through these services. 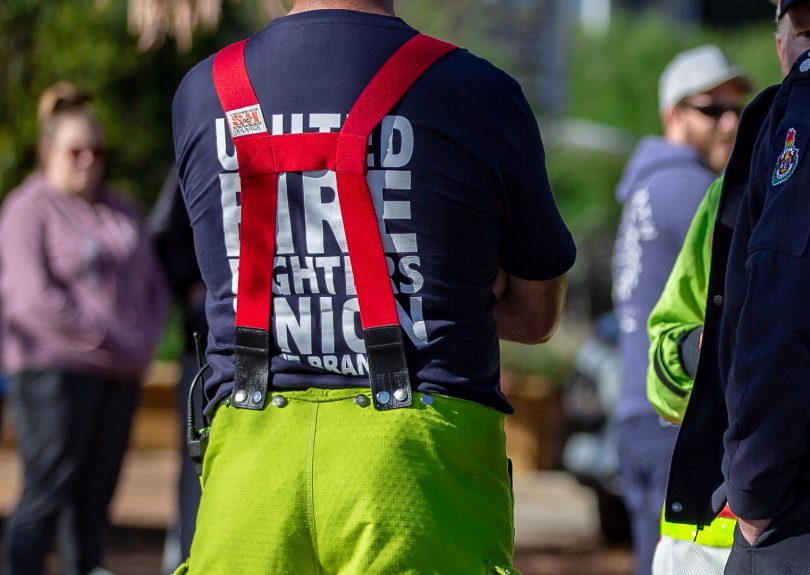 The United Firefighters Union says the government needs to invest a minimum of $45 million over the next four years to make sure all Canberra residents are protected in the face of unpredictable fire threats. Photo: File.

The ACT Rural Fire Service also has more than 400 volunteers, with 74 having been recruited in the past financial year.

ACT Parks and Conservation Service has 162 career firefighters, while there are also more than 800 Community Fire Unit volunteers.

Chief Fire Officer of the ACT Rural Fire Service Rowan Scott said the firefighters currently deployed to NSW are coping well with the emergencies throughout the state, which has eased with rainfalls this week.

“They’re coming back incredibly enthusiastic because they’ve actually helped other communities and they are gaining valuable skills that they can use back here in the ACT,” Mr Scott said.

“They’re very upbeat and it’s making the morale of the service gel even more.

“We also thank the families and employers of our volunteers because they are the ones that allow them to go out and do what they do.”

He said there has also been an influx of applications to join the service, with new recruits currently on a waiting list in readiness for the next fire season.

Brian Weiss - 11 minutes ago
Who cares? Really? View
Toni Simpson - 17 hours ago
I hope they work it out. But coco will put the knife in yet View
Mitch Callagher - 18 hours ago
Luke Molyneux which bit? 🤣 View
What's On 9

Jane Kim - 16 minutes ago
Mary Kingsford different app. The NSW one is part of a bigger site. The ACT’s is far easier. View
Mary Kingsford - 2 hours ago
With the NSW app you sign in and then out. Why with the ACT one is it just signing in? View
Kerri Hallas - 2 hours ago
I got bailed up at the Telstra shop on Friday, telling me it was mandatory!🤨 View
Property 43

Maya123 - 1 hour ago
Most first home buyers I would guess buy in outer suburbs. If they find they have to do this, what is the difference with som... View
JS9 - 5 hours ago
There must be more to the story - as much as a break in rental through sale can see a readjustment of a price, seems very unl... View
JS9 - 5 hours ago
An owner-occupied home is just that however Maya - owner-occupied. A rented property is not - at the end of the day, while yo... View
Opinion 2

JS9 - 5 hours ago
Since really the design of Gunghalin sadly it seems to have all gone out the door in terms of the poly centric design. View
Capital Retro - 6 hours ago
In what way is Canberra "improving"? We have more social disamenities than ever before with ever increasing rates and taxes a... View
bj_ACT - 15 hours ago
Canberra is definitely improving and cities between about 400k and a million have great amenities without the negatives of ma... View
Breaking 4

JC - 17 hours ago
What sections of stage 1 are poorly designed and need fixing. As for the traffic lights you gotta be kidding right? As both a... View
Capital Retro - 19 hours ago
Three things to remember about the light rail: 1. The Greens want it. 2. It's all about urban renewal; it was never about pub... View
Sport 4

Canberra's Samantha Harvey has quickly become a favourite on Nine Network's latest season of Married at First Sight, not only because...
News 32

ACT Fire and Rescue puts out final call for recruits

@The_RiotACT @The_RiotACT
What's the cost of damage done by climbing CO2 emissions? A new report will give the government a dollar figure https://t.co/FX0qMbpUyH (17 minutes ago)