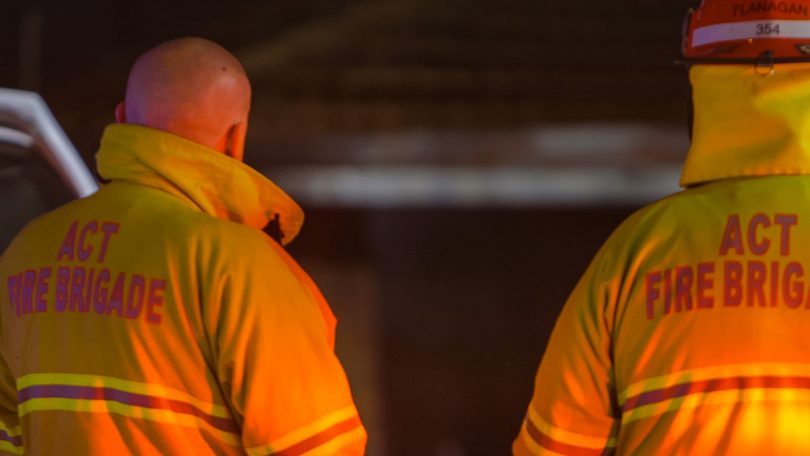 Around 5:30 pm, ACT Fire & Rescue arrived at a unit in Howie Court, Belconnen to find a fire, which was believed to be caused by burnt food, had already extinguished.

ACT Ambulance Service paramedics treated the patient on scene and transported them to Calvary Hospital in a stable condition.

An ACT Fire & Rescue spokesperson said it was a reminder for the community to not stop looking while you’re cooking.

David Hennessy - 15 minutes ago
You should get the right to vote with your TFN. If the pollies can take your money they can be accountable to you. View
Daniel Duncan - 2 hours ago
Shane no that was sarcasm and its because of people like you we should raise the age to 21. View
Anthony Briscoe - 4 hours ago
Never View
News 33

Matthew Pez - 38 minutes ago
Simon Adamson how is mowing your lawn at 8pm when there is still light a malicious crime? View
Robert Kearon - 4 hours ago
I would rather 8pm than 8am... not everyone is old and Karen View
Nathan Beck - 5 hours ago
David Cole it would be growing faster than they can cut it in this weather 🤣 View
News 73

Mamy Watts - 1 hour ago
Same outcome, they do nothing anyway. Look out insurance will go up with people making fake claims. View
Capital Retro - 8 hours ago
Some how I don't think insurers will cop this without conditioning the terms and conditions of their cover for home burglarie... View
Jenny Graves - 9 hours ago
Adam Rolls I presume you use your commonsense but don't actually harm them. View
News 15

William Vass - 4 hours ago
Don’t show up for a break-in but worry about scooters. What’s wrong with policing in the ACT??? View
kenbehrens - 7 hours ago
Has anyone ever been fined for smoking at a bus stop? Has anyone been fined for not wearing a mask on public transport? There... View
Nathan Lofthouse - 8 hours ago
Complete with Benny Hill music View
Opinion 80

Craig McPherson - 4 hours ago
I acknowledge the message, but to describe people who are partnered up as being 'privileged' I don't agree with. A privilege... View
Nada Krstin - 4 hours ago
Natalia Komarova yes, I have seen that, very sad indeed - it was either the couples felt 'superior' or the women in their soc... View
Natalia Komarova - 6 hours ago
When my friend lost her husband she said to some extend she lost her social circle as well. While she would catch up with her... View
Food & Wine 9

BlowMeDown - 9 hours ago
I recall my father and I taking the boat out on the western shore in the mid 1960s, where the water has yet to return. It was... View
Capital Retro - 9 hours ago
I think groundwater that enters the artesian aquifers originatesin mountainous country through rock strata. The water in Lake... View
Patrick Keogh - 9 hours ago
What percentage goes into replenishing groundwater compared to what is list to evaporation? View
show more show less
*Results are based on activity within last 7 days